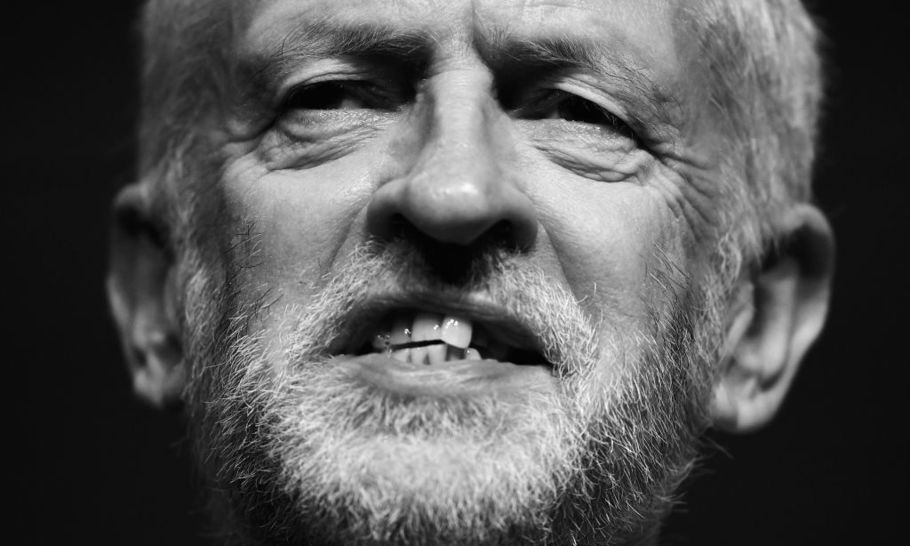 A year ago I applied for German citizenship. It was not because of Brexit, but because of the rise of anti-Semitism in the Labour Party under Jeremy Corbyn. The was a strong possibility, as it seemed last Autumn, that Britain’s next Prime Minister might be a man responsible for the worst Jew hatred in any mainstream British political party, ever.

There were other factors. It wasn’t just that Corbyn had a blind spot about an anti-Semitic mural in east London or had laid a wreath at a terrorist’s grave in Tunisia. Jeremy Corbyn had associated with anti-Semites and Holocaust deniers for years. It was in his political DNA.

None of this explained, though, why the BBC, admired around the world for its impartiality, should have failed so often to give the rise of left-wing anti-Semitism due prominence in its coverage. Sometimes it did if there was a news story about a key political figure, Margaret Hodge or Luciana Berger. But the BBC failed, again and again, to cover everyday stories about harassment at Labour constituency meetings and on campuses, hate speech from local councillors and trade unionists, the sort of harassment that drove British Jews from the Labour Party in huge numbers.

It wasn’t just the BBC, of course. The Guardian was happy to publish Owen Jones who wrote that, “No one has killed by a wreath,” and that “Panorama… basically just presented old news stories set to a sinister soundtrack”.

This would have been unthinkable with any other minority, racial, religious or sexual. No one else could have been treated this way, by the Labour Left, without a continuous, passionate outcry. Just as there is no other country in the world which is as universally vilified as Israel.

But there was something else which was much more personal and which led me to the German Embassy and to look through old, yellowing documents about my Jewish parents who came as refugees to this country, in 1938 and 1940. I have never felt so lonely and isolated as during the Corbyn years. It wasn’t just that the Labour Party tolerated Jew-hate or that the BBC didn’t express my concerns. A number of dear friends who I have known for decades still spoke of voting Labour in 2017 and even (though fewer) in 2019. They were voting, they said, against Tory austerity and Brexit, for our NHS, and because we had all been on the Left since the 1970s. They weighed this all up against Labour anti-Semitism and decided that anti-Semitism didn’t matter as much. They were prepared to throw Jews like me under a bus. They would never have done this if BAME people were treated in the way Jews were routinely treated by the Left.

Like these friends, I had voted Labour all my life. Last week I listened to politicians like Luciana Berger recalling how hard it was to break with the party she loved. Hard? Not at all. I did not hesitate for a second. I voted against Corbyn’s Labour Party with joy in my heart and Election night last December was one of the happiest moments of my life. The country which had given sanctuary to my parents, with such decency and kindness, had now voted in huge numbers against Jeremy Corbyn. Traditional Labour voters who cared passionately about social injustice and austerity had taken a good look at the Corbynistas and voted against them. Largely because of Brexit, not Jew-hatred, but also because of Corbyn’s association with terrorists and his fundamental lack of patriotism. They sensed that he was someone who was more at home with the IRA, the PLO and his “friends” at Hamas than he was with people like them.

And now, after his suspension from the Labour party, Twitter is full of vile conspiracy theories about the saintly Jeremy Corbyn. Steve Bell at the Guardian draws a horrible image of Keir Starmer holding the decapitated head of Corbyn, Jeremy the Baptist, always the victim, doubly offensive the day after a French woman was almost decapitated in Nice. Corbynistas like James Schneider on the “Today” programme and Barnaby Raine on “Newsnight” protest that Corbyn is not an anti-Semite in any way, as if the last four years had never happened.

Just as bad, others keep silent. Baroness Chakrabarti, author of that infamous report that investigated anti-Semitism in Labour and gave the party a clean bill of health, said nothing. Emily Thornberry and Diane Abbott, Richard Burgon and Dawn Butler, those former members of Corbyn’s inner political circle? All silent.

Left-wing political journalists were full of excuses along the lines of “well, if Corbyn had known this, if Starmer had known that, this needn’t have happened.” They couldn’t bring themselves to say, “Of course, it was going to happen. It’s in Corbyn’s nature.” He’s like the scorpion in the fable of the scorpion and the frog. When the scorpion is asked why he has stung the frog, bringing them both certain death, the scorpion replies, “It’s in my nature.” That’s Corbyn. That’s why Keir Starmer and the new leadership are right to throw him out, why we should not listen to McCluskey, McDonnell and Milne. They are yesterday’s men and Labour must move on, back to decency.