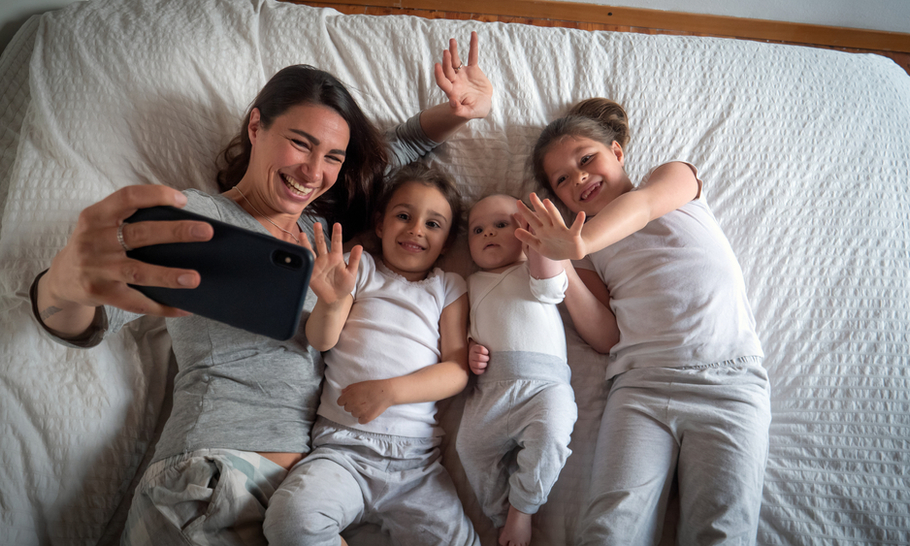 This is a particularly sad time for grandparents, such as me. I don’t get to see my grandchildren very often even in the best of times, as they don’t live near me. While I am in London, my older son and his family have been living in Dorset for the past decade. My younger son and his family are rather further away — for the past five years they have been based in the Far East.

My latest grandchild — the first girl — was born in Hong Kong in early January, just as the coronavirus epidemic was gearing up in mainland China, and not long before the worldwide travel restrictions came in. So my planned visit to see the new baby in March was called off. Now it will be months before I can hold this little granddaughter and give her a loving cuddle, and who knows — some experts are even talking about a year or eighteen months of self-isolation and social distancing. Eighteen months! The thought horrifies me.

My father once told me something many years ago, which I have never forgotten. At the time I had a young family but was determined to make my way in the fierce world of Fleet Street. He said that, no matter how career-minded someone was, what really mattered in the end were your children . . . and of course, by extension, your grandchildren. How right he was. And the older I get, the more his words ring true. That’s why it is so sad to be missing out on time I could be enjoying with the younger members of the family.

But I have an effective antidote for this malady: I need only cast my mind back a few generations to when I was a four-year-old, the present age of my grandson Ollie, for a quick corrective to self-pity. It was 1956 and my immediate family — mother, father, brother and I — were escaping from Hungary in the aftermath of the country’s crushed uprising. We were hoping to get to America. The extended family remained behind in Budapest. Hasty good-byes were said to my grandparents, who surely knew that, if they were ever to see us again, it could be many years later. As for communications between them and us “enemies of the state”, it would be in whatever limited and censored form the communist regime might allow.

I was too young, of course, to appreciate what an enormous wrench that parting must have been for my parents and grandparents. My father’s mother had already died during the war, but he never did see his father again; my grandfather became ill and died a few years later. It was a lifelong source of sorrow for my father that his final desperate phone call to Budapest was too brief, the line was very poor, and they were cut off without being able to say good-bye. As for my maternal grandparents, nearly a decade later they were able to spend some time with us in Munich, when my family briefly lived there in the mid-sixties. That was the last time we were together. They were both dead by the time I made my first trip back to the city of my birth in 1971.

What a difference to the present situation, dire though it is. I know I will see my loved ones again, and within a matter of months, if we are fortunate. Until then today’s miraculous technology can keep us in daily contact. There are plenty of WhatsApp messages, photos and videos whizzing around, face-time conversations . . . we are even thinking of linking up and having a big inter-continental meal together on this fancy new gizmo called Zoom. It’ll be lunch for us here in the UK, and dinner for the Hong Kong contingent. But if it’s anything like our normal family meals, it’ll be noisy and opinionated, with a lot of wine-quaffing and piss-taking. Just the ticket. How lucky we are.