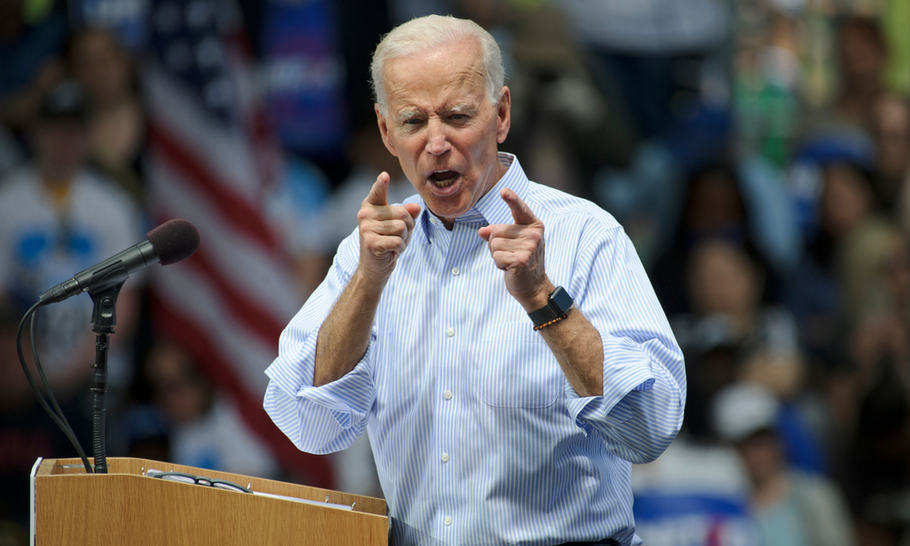 As the 2020 presidential election approaches, the argument against the Republican Party is depressingly clear and unnervingly fair, when seen through the eyes of a traditional Reaganite conservative. President Donald Trump is an erratic, impulsive, ill-informed buffoon who blurts out the first thing that pops into his mind, who neither knows nor cares about the Constitutional limits of his office, and who leads a party that is terrified of crossing him, lest they face a Trump-loyalist challenger in an upcoming primary.

Trump’s primary and perhaps only way of assessing people is whether they praise or criticise him, which is how we ended up with a American president who says nice things about Kim Jong Un and Vladimir Putin and who publicly rages about Mitt Romney and his own cabinet members.

All of that said, unemployment is at 3.6 per cent, wages are up, the stock market is booming and so are 401(k) retirement accounts (the pensions savings accounts used by most Americans). Isis leader Abu Bakr al-Baghdadi is dead, as is Iranian state-sponsored terror mastermind Qasem Soleimani. Qassim al-Rimi, the leader of terror group al Qaeda in the Arabian Peninsula, is dead, too. The US has become a net energy exporter, veterans are increasingly satisfied by the government’s treatment of them, and drug overdoses have finally started going down. With a record like this, lot of Republicans will happily roll the dice on another four years of Trumpism and hope the good news continues.

The Democrats, on the other hand, keep telling us that they’re the smart party. The party that “believes in science,” that listens to the experts, that still reveres intellectuals. They are the party of plans — Elizabeth Warren assures us she has a plan for everything — and the party of government. They’re sophisticated and represent the country’s biggest and most cosmopolitan cities, the most elite universities, the most revolutionary innovators in Silicon Valley and the most creative minds in Hollywood. Compared to those backwater stumblebums in the GOP, the Democrats are the party of America’s best and brightest.

And yet, Democratic leaders keep stepping on rakes, whacking themselves in the face, time and time again. And in almost every case, it stems from an inability to grasp or foresee how their actions will be perceived by those who are different, who do not already agree with the Democrats’ worldview.

It’s easy to take the idiotic decisions of the Iowa Democratic Party and blame Democrats across the country. It’s just one group of leaders in one state party, who just happened to be assigned the duty of running the first and arguably most consequential contest in the presidential nomination process. Six days after a caucus night that brought no results, the New York Times did a detailed report that painted a damning picture of a state party that “crumbled under the weight of technology flops, lapses in planning, failed oversight by party officials, poor training, and a breakdown in communication between paid party leaders and volunteers out in the field, who had devoted themselves for months to the nation’s first nominating contest.”

The Iowa Democratic Party could not grasp how the process would appear to the well-meaning but elderly volunteers who made each caucus site function and tabulated the votes and who were given little or no training about the new system. When things went wrong that evening, the state party leaders went silent, exacerbating the confusion and frustration.

Republicans enjoyed snarkily pointing out that the party that wants the government to take over health care couldn’t even count the votes at its own caucus. But there is a fundamental truth, that most processes only look simple to the inexperienced outsider. The state party officials — who weren’t going to be tabulating the votes at the caucuses themselves — thought implementing a new system would be easy, barely an inconvenience.

The next night was the president’s State of the Union address. President Trump gave a speech that was a thinly-veiled sales pitch for his reelection, and continued the tradition, established under President Reagan, of spotlighting the tales of extraordinary Americans, invited as guests and seated in the gallery. House Speaker Nancy Pelosi glowered through much of the speech, and when it ended, Pelosi made the decision to theatrically tear up her copy of Trump’s speech behind him.

The progressive grassroots loved it. The Trump campaign then took the footage of her tearing up the speech, and made an ad for social media, interspersing the Pelosi tears with the apolitical parts of Trump’s speech, such as tributes to a Tuskegee Airman, honoring Gold Star military families, an African-American girl winning an Opportunity Scholarship, a tear-inducing moment of a family being reunited with their deployed husband and father, and touting low unemployment. Pelosi stepped right into the trap.

Democrats insisted that the ad was deceptive — she hadn’t meant to tear up the apolitical parts of the speech! — and demanded social media companies take the video down. They refused; whatever Pelosi had intended, Trump had paid tribute to those figures and Pelosi could be seen tearing the papers afterwards. Beyond the logical difficulty of the “I only meant to tear up the bad parts, not the good parts,” argument, Pelosi couldn’t grasp how her angry gesture could be interpreted differently by people who didn’t share her deep-rooted disdain for the president. Some people, even those critical of the president, wouldn’t see her at as steely-eyed defiance; they saw a tantrum fit for preschool.

The day after the State of the Union brought the final Senate vote on the articles of impeachment. As expected, it was an almost entirely-party-line vote, with only Utah senator Mitt Romney breaking from his party and voting to convict on one count.

Democrats knew they wouldn’t get 67 votes to convict, so their secondary goal must have been to put Republican senators in the awkward spot of contending Trump’s actions weren’t bad enough to warrant removal and to weaken the president politically. We don’t have enough polling to see if GOP senators up for reelection in 2020 came out of this process weakened.

But throughout impeachment, Trump’s job approval rating has been . . . about the same. One of the first and clearest political consequences was southern New Jersey Democratic Rep. Jeff Van Drew switching to the Republican Party. Impeachment is already being forgotten, lost in the daily news avalanche about the Democratic primary, coronavirus, the Oscars, and so on. It is unlikely that voters will be thinking about impeachment much when they cast their ballots in November.

And impeachment certainly didn’t chasten Trump. The president took to Twitter to volcanically rage about the Department of Justice recommending a sentence of nine years to Trump’s longtime buddy, Roger Stone. In November, a jury convicted Stone of seven felonies for obstructing a congressional inquiry, lying to investigators under oath and trying to block the testimony of another witness. Shortly after Trump’s tweet, the Department of Justice abruptly changed its recommendation. All four career prosecutors working the case abruptly withdrew, in what appeared to be a quiet form of protest that their bosses were meddling in the case to placate the president.

What are House Democrats going to do, impeach Trump again? They’ve attempted to enforce consequences upon the president with the strongest and biggest tool in their toolbox . . . and it didn’t work. Everyone with eyes could see it wasn’t going to work. The only way to get Trump out of office is to beat him at the ballot box in 2020.

And this series of messes has made that task harder. As of  writing, the Democratic primary seems more wide-open than ever, with a genuine possibility that no candidate wins the 1,990 delegates to win the nomination before the nominating convention in Milwaukee in July. (The Democrats will come out of that convention with a nominee and a running mate, but not everyone in the party may be happy with the choice.)

The race is in this state of confusion and division because the frontrunner throughout 2019, former Vice President Joe Biden, turned out to have a glass jaw, stumbling to poor finishes in Iowa and New Hampshire and now suddenly sliding in polling everywhere else. The party establishment bet all their chips on an aging senator, who had his gaffes and potential scandals and controversies, but who seemed to be able to survive it all with his garrulous charm and loyal role in the Obama administration. Biden collapsed at the worst time — he hung around long enough to squeeze out other intriguing options like Kamala Harris and Cory Booker, but fell fast and hard once votes started being cast.

The next most-likely options all have glaring flaws. The Bernie Sanders campaign is a bet that Americans will embrace a radical, unprecedented socialist revolution when the economy is thriving. The Michael Bloomberg campaign asks Democrats to love Wall Street, and to pick a different narcissistic, entitled Manhattan billionaire accused of treating female employees badly to replace the one they currently have in the Oval Office. Pete Buttigieg seems like a really good kid who might be ready in about fifteen to twenty years, and who needs to break the habit of speaking in consultant-world platitudes.

If a party wants to win a majority — in both the electoral college and the popular vote — that party has to greet those who don’t already agree with them with empathy, and to at least try to look at the world through their eyes and understand why they believe what they believe.

Today’s Democratic Party is having real trouble with that.