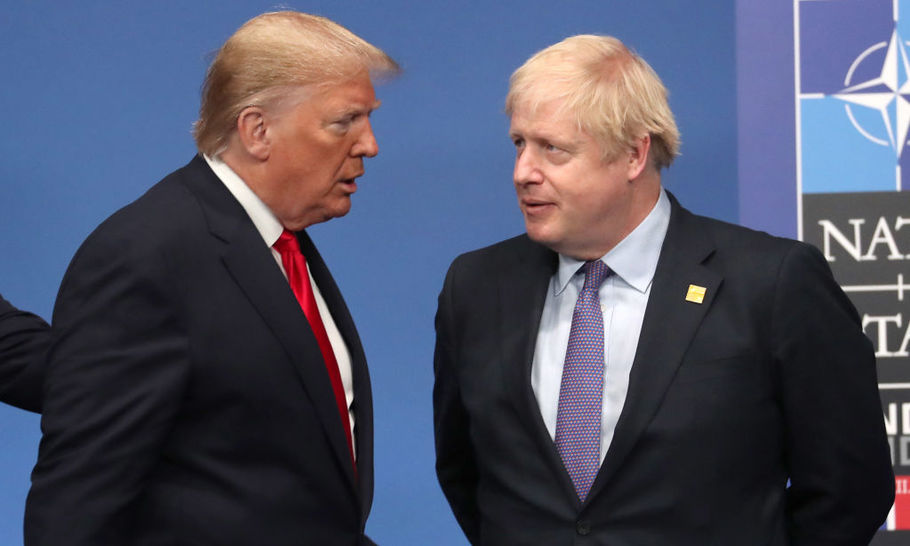 Boris Johnson pushes legislation through Parliament reneging on an international treaty. Trump denies that climate change is causing the devastating fires on the US West coast. Putin, we assume, is subverting the coming US Presidential elections by clandestine “active measures”. The insidious consequence of the events shaped by Putin, Trump and Johnson is that they accustom us all to the unacceptable and the unexpected. It becomes the new norm.

Who, other than a few cybersecurity experts, realised five ago that the KGB/FSB had been planning a post-communist online war on democracy? Who imagined that 51 of 53 Republican senators would vote not to admit administration documents or subpoena witnesses at the impeachment trial of a US President? Who predicted that a Northern Ireland Secretary, following in the footsteps of a Prime Minister who unlawfully prorogued Parliament, would casually admit in Parliament that the UK would breach international law — and that on hearing this the Attorney-General would fail to resign?

We are now routinely served a farrago of lies, until the story eventually falls out of the headlines, and we move on to the next attack on our values. That’s how things work. You gradually lose touch with reality. As Gandhi allegedly said when asked what he thought about western civilisation: “I think it would be a good idea”.

You might, I suppose, complain about Trump and Johnson being lumped together. As personalities they have their differences. Johnson does not have an unhealthy fascination with authoritarian leaders. Trump is not the product of Eton. But the way they both came to power is similar in significant ways. They both faced flawed rival candidates and a split opposition. They both used showmanship laced with populist slogans, and had a concept of truth based on what they believed the electorate might like to hear at any particular time. For “red wall” voters read “rust-belt” voters. Now in power, there are further similarities: an unprecedented capacity for lying, putting their own interests over or equating them with those of the State and a systematic attack on the institutional fabric of their countries, beginning on this side of the Atlantic, with the civil service, the legal system and the BBC.

Johnson is causing grave damage to Britain. But Trump, in charge of the most powerful nation in the world, is in a different class. We know about his repeated and telling refusal to condemn Putin’s actions, however egregious, his withdrawal from the Paris Climate Agreement and from the nuclear treaty with Iran, his Israeli “peace plan” which was a smokescreen for annexation of chunks of the West Bank.

No less dangerous is what we don’t know, notably whether Putin has some leverage over Trump through the old KGB’s technique of kompromat. What we do know is that his erstwhile lawyer and fixer, Michael Cohen, was negotiating for a Trump Tower in Moscow at the very time Trump was claiming he had no financial dealings with Russia.

As the US Presidential election approaches, Putin’s attempt to undermine the democratic process in the US, and his relationship with Trump, ought to be foremost in US voters’ minds. The hope once was that the report by FBI chief, Robert Mueller, published in April 2019, would decide the red-hot question whether the President had been coerced into relations with a foreign power contrary to his country’s interests. But the terms set for the Special Counsel’s report meant the scope of his investigation was strictly limited. Trump put enormous pressure on Mueller making it clear that any pursuit of his financial dealings crossed a red line, and the White House obstructed the investigation of his contacts with Russia.

“Collusion”, widely suspected at the time, is not a legal term, though Mueller found ample evidence of it amongst Trump’s close associates. In the words of Luke Harding’s recently published book Shadow State, this included “secret meetings, offers of dirt, encrypted messages, hints and whispers. The Russians comprehensively penetrated Trumpworld, we learned”. Mueller’s report could neither assuage nor vindicate the horrific security concerns this suggested, since Mueller was required narrowly to prove co-ordination or conspiracy with State agents of a foreign power — and for that he could not find enough evidence.

Harding’s new book provides an in-depth explanation of why Mueller’s report was destined to please no one and resolve nothing. Each of Shadow State’s twelve chapters provides a detailed snapshot of the Russian kleptocracy in action. Trump often uses the phrase “drain the swamp” in his frequent attacks on US democratic institutions. Harding describes the inhabitants of a real swamp — the Russian State apparatus, the exponents of “active measures” targeting the American voter. He describes the intelligence agencies, the FSB and GRU and their use of “cut-outs”, oligarchs and organised crime gangs, both of which have interacted with the seedy coterie around Trump, networking in murky financial and political waters for their mutual benefit. This book illuminates all the counter-intelligence concerns that Mueller was obliged to sidestep.

It would be comforting to think that Trump supporters got to read this book. They really do need to be aware of the kind of waters in which their President has been swimming before they let anger at the “Washington elite” overwhelm their decency. And all those former Labour voters who supported Johnson and want to give him the benefit of the doubt, should look at Trump to see what happens when you become accustomed to the unacceptable.