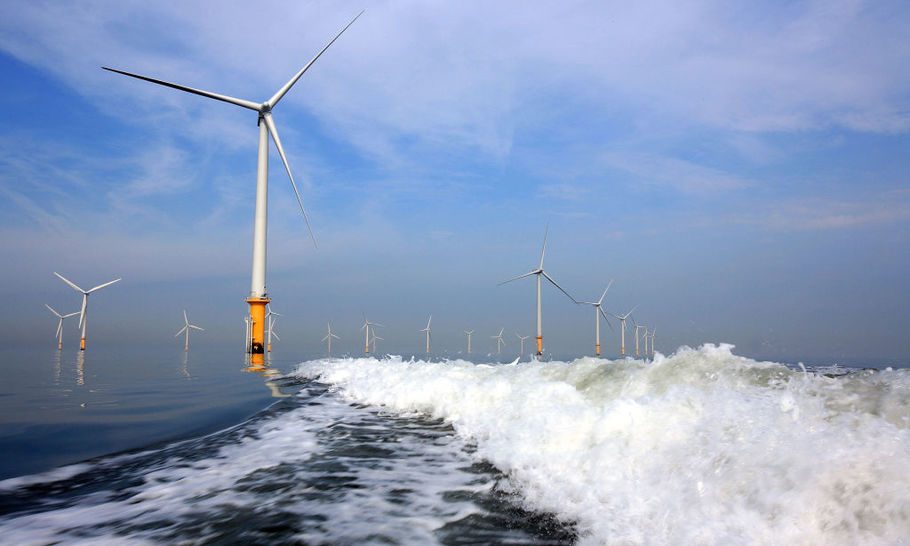 In 2013, a youthful Boris Johnson was asked about the potential of renewable energy sources to supersede fossil fuels. He responded by claiming that wind farms “could not pull the skin off a rice pudding.”

In his speech to the Conservative Party conference earlier this month, the prime minister mocked his former self. “Some people used to sneer at wind power,” he said. “We can do it. We can beat the sceptics.” The joke, of course, went over many heads.

Now that he has come around to the cause, the PM has made it his mission to make “the UK to wind what Saudi Arabia is to oil”. His grand vision for a windy, post-coal Britain includes wind power producing enough electricity to power every home in the UK by 2030.

That will be achieved through huge investment in offshore wind farms. The government has pledged £160 million to the production of wind turbines in order to make the UK “the world leader in clean wind energy”.

The wind announcements came as part of the government’s package of new green policies designed to help reach ambitious climate targets. Those solutions include carbon capture and storage technology which draws carbon dioxide out of the air, along with smarter cities, retrofitted homes and using hydrogen fuel to power lorries, trains and aeroplanes.

These intriguing side projects are focussed on that all-important intersection between environmentalism and innovation — harnessing the power of the free market to make the economy greener. But they don’t make up for the gaping hole in the middle of the government’s climate plan.

A nation powered by wind is a nice idea. But the inconvenient truth is that our reliance on fossil fuels cannot be replaced by a few wind turbines. That £160 million investment will be great for jobs and will certainly help make our economy a little bit greener, but wind could never come close to replacing the holy trifecta of coal, oil and gas. For that, we will have to turn to nuclear power.

There is something oddly enticing about wind power, which sets it apart from other renewable technologies, especially nuclear. “Your kettle, your washing machine, your cooker, your heating, your plug-in electric vehicle — the whole lot of them will get their juice cleanly and without guilt from breezes that blow around these islands,” the prime minister told a gaggle of his most loyal supporters at the Tory party conference.

Wind power can evoke mental imagery of beautiful green hills peppered with wind turbines spinning away. It sounds clean. There is something almost patriotic about it. It seems like a technology fit for England’s green and pleasant land. Nuclear, on the other hand, conjures up images of great ugly power stations that pulsate with the sinister force of atomic energy.

It’s easy to see why the government, hemmed in by our short-termist politics, went for the prettier option. But the result of that decision will be yet more dither and delay as those all-important emissions targets come nearer. All the evidence makes clear that nuclear power is the only way to replace fossil fuels without plunging Britain into darkness.

Nuclear is clean. It does everything coal, oil and gas can do. It is the safest power source in the world and it has enormous scalable potential, unmatched by any other renewable energy technology. But because of its image problem, the nuclear industry around the world is crumbling. In the UK, the Nuclear Decommissioning Authority is in the process of spending £72 billion of public money to shut down our 19 existing nuclear sites.

There is a happy medium to be found between Boris Johnson’s uncompromising wind scepticism of 2013 and the zealous wind evangelism he now favours. Wind power, along with solar, geothermal and various other small-scale sources of renewable energy has a place in the British energy industry in the short to medium term. But if we are serious about overhauling our dependence on the fossil fuel industry and reaching net zero by 2050, nuclear is the only answer.