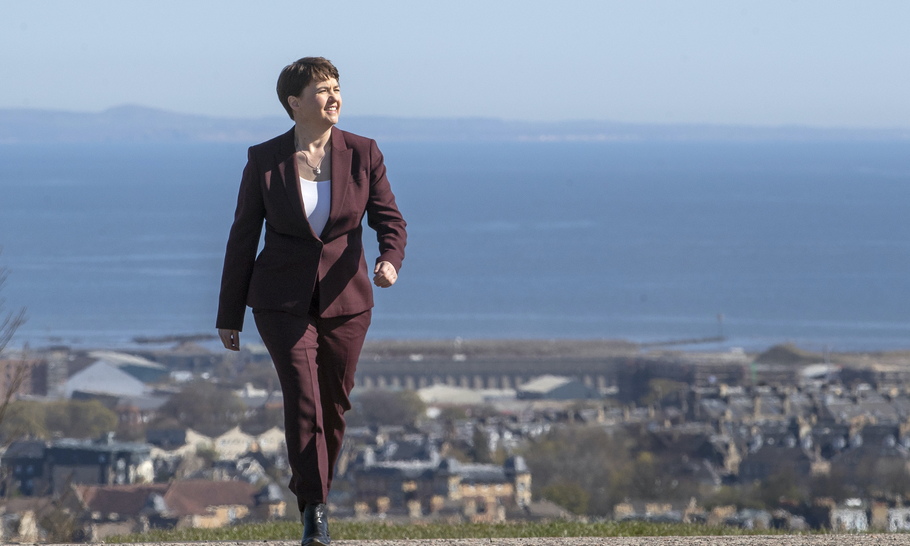 Nicola Sturgeon is not exactly known for her tact and sensitivity, least of all when dealing with those who live south of the border. The First Minister has just infuriated the Mayor of Greater Manchester, Andy Burnham, by banning visitors to and from his city, apparently without consultation.

A better solution could have been found, he claims, if the Scottish Government had bothered to contact him during the 24 hours that elapsed between making this decision and announcing it on Friday. Burnham accuses the SNP, which often complains of London’s cavalier attitude to Scotland, of “hypocrisy” by “treating the North of England” with “the same contempt”. Eager to burnish his populist credentials, just in case a vacancy for the Labour leadership should arise after another by-election defeat in Batley and Spen next week, he is demanding compensation from the Scots for those whose holidays have been cancelled due to the travel ban. Is it possible that the Mayor is on manoeuvres?

The inconvenience of Mancunians, however, is of small concern to the Iron Lady of Holyrood. She has bigger fish to fry. Since her re-election last month, Ms Sturgeon has been plotting her next campaign for independence. So far, her battle cries have been unusually muted, doubtless because opinion polls have been unfavourable to the separatist cause. But nobody doubts that in due course the SNP leader will raise her standard, demanding a new referendum. Never mind that the 2014 plebiscite was supposed to be a “once in a generation” event. As Nationalists see it, the EU referendum changed everything, because the Scots and English voted differently. And, as the bitter dispute between Alex Salmond and his successor shows, there has anyway been a generational shift in the SNP leadership. Ms Sturgeon is confident that she could succeed where Salmond failed.

What, though, could the UK Government do to prepare for the latter-day Braveheart onslaught? Tom Newton-Dunn, the former BBC political correspondent who now works for Times Radio, has been sniffing the air in Westminster and detects a new move to fire a shot across the Caledonian bows. In The Times (behind a paywall) he quotes an unnamed Cabinet minister flying two kites. The first is to allow the estimated 850,000 Scottish-born Britons living south of the border to vote in any referendum. The second is to create a new role for Ruth Davidson, enabling her to lead the charge for the Union.

The first of these proposals is open to the obvious objection that in 2014, only British citizens resident in Scotland were allowed to vote. At the time, the Scottish Government argued that the United Nations Human Rights Committee “might question the legitimacy of a referendum if the franchise is not territorial”. The then Advocate General for Scotland, Lord Wallace, took the view that “whether or not Scotland should leave the United Kingdom is a matter for Scotland”, while Professor Sir John Curtice pointed to the precedent of the Northern Ireland border poll of 1973, which had also stipulated that only those resident in the Province could vote.

The unnamed minister quoted by Newton-Dunn is either ignorant of or indifferent to such constitutional niceties. And it is of course true that the Parliament in Westminster — which would have to legislate for a referendum— is sovereign. Precedents matter in law, but one has arisen since 2014 that could be used to justify extending the franchise to Scots living outside Scotland. In the 2016 EU referendum, all UK citizens living abroad were eligible to vote. What is sauce for the expat goose, it is argued, is sauce for the southern Scots gander.

Whether this argument would fly in the rarefied world of law officers and constitutional experts may be doubted. How would the advocates of enfranchising Scots outside Scotland counter the objection that this would  amount to rigging the referendum? The transparent motivation, the SNP would claim, is overwhelming evidence that the proposed new voters would be far more likely to oppose independence than those living in Scotland. In addition to the gerrymandering accusation, there would be practical difficulties in deciding who was qualified to vote. If Westminster were to override opposition to the move in Holyrood, the SNP would use the issue to boost support for independence. For the Union, the whole exercise could easily prove counterproductive.

It is true that in 2014 many Scots whose work had taken them south of the border felt aggrieved and disenfranchised. A frequent retort from those they had left behind was that, by leaving Scotland, they had already voted — with their feet. If they felt that strongly, they could always have returned. The issue raises genuine questions about what Scottish identity really means. But in the end, the question that matters most is: who decides? If Boris Johnson was ready to prorogue Parliament, expel Tory Remainers and throw the Northern Irish unionists under a bus, then he might be prepared to force through a Scottish Referendum Bill that gave votes to all Scots regardless of residency. Legitimacy is ultimately a function of sovereignty. After Brexit, there can be no doubt that sovereignty in the UK resides in Westminster.

Whether the Prime Minister would be wise to impose the will of Parliament on Scotland is another matter. He should certainly pay heed to advice from north of the border first. That is why the idea of bringing Ruth Davidson into the Cabinet in a new post of Constitutional Secretary may well have merit. With Michael Gove focused on the pandemic, there is no Scottish voice in Government that carries weight, on the Union or anything else. Ms Davidson has, by her own confession, been preoccupied with parenthood since she stepped down as leader of the Scottish Tories. She has been nominated for a peerage but has yet to accept one. If offered a position with real responsibility, she might, however, be tempted to make a comeback. Her brand of Conservatism is avowedly in contrast to that of Boris Johnson. Yet they have one thing in common: both are charismatic politicians with a feel for public opinion and a taste for power. Ms Davidson’s presence in the Government would give the lie to the Scot Nat charge that Boris is just a reactionary Tory Sassenach who does not care about Scotland. While Scots might be reassured, she would dismay staunch Brexiteers. But Boris, a pragmatist, might see her as the grit in his oyster — and a poke in the eye for Nicola Sturgeon. Watch this space: the resurrection of Ruth could happen.