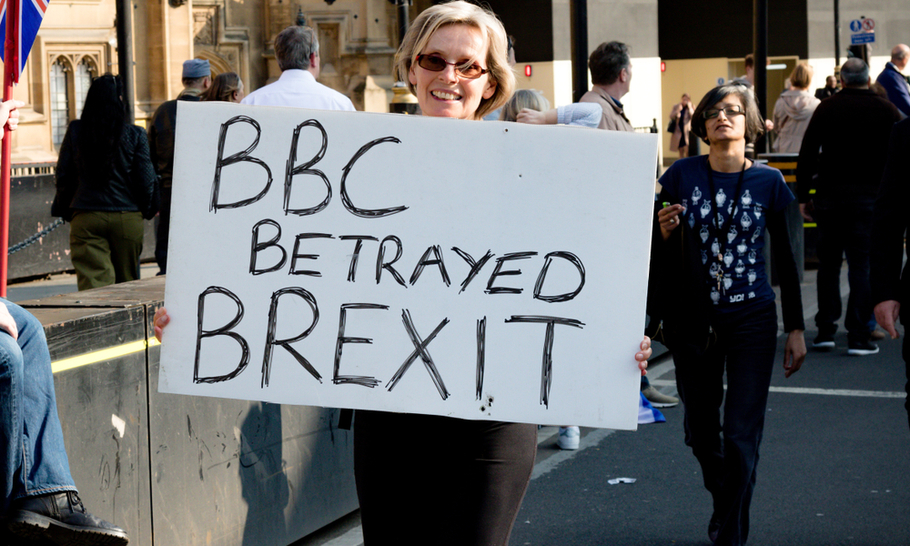 There’s nothing more the BBC likes talking about than the BBC. The corporation has become like one of those seriously thick Premiership footballers, who refers to himself in the third person.

The Today programme went full Wayne Rooney the other day, when it announced that there is some sort of rift between Dominic Cummings and Boris Johnson over the future BBC funding model. Cummings, we were told, wishes to “scrap” the licence fee; the PM, by contrast apparently favours a less revolutionary remedy.

But the BBC’s transgressions cannot be avoided. They are many and they are embedded deep within the structures of a corporation which thinks it can be an actor in the national drama, while hiding behind a Charter which asserts its neutrality. The BBC has cover, legally and politically (Gramsci’s “long march through the institutions” is no more than “on sabbatical”), for its political maneuverings. But one of the happier consequences of the post-Referendum trauma is that we can now see the BBC for what it is.

I suspect that if the BBC political editors could have found a way to interrupt the Greenwich Time Signal with an anti-Brexit message, they’d have cracked on with the intrusion. Between June 2016 and January 31 2020, the “pips” became the final redoubt. Those of us who wished to escape, even if briefly, the whole Brexit saga gradually found that places of safety fell one by one: The Archers, Tweet of the Day, the Shipping Forecast, at no point were we safe from the pro-EU Remain imprecations of the BBC content elite.

So, the behaviour of the BBC has generated a timely debate about what to do with it. Abolish or reform?

A timely debate does not imply the need for a timely resolution. And the organisation that inflicted Strictly Come Dancing on the nation and therefore has much to apologise for, does not seem to have picked up on the fact that the Cummings-Johnson “split” is a canny piece of political choreography.

Because there is no split. To divide and rule is an acknowledged tactic from the normal playbook. But to pretend to divide and thereby rule is far cleverer.

Dominic Cummings knows that to legally leave the EU is not to properly leave the EU. If you remain at the outside orbit of a Black Hole you hurtle back towards it. The Political Declaration contains within it many mechanisms of continued membership and it is now that the real work begins. But there are many people, agencies and incarnations of the establishment who wish to turn our nominal exit into a provisional one. The BBC is central to that project.

What will happen in the course of the next few months is this: the arguments against leaving at all will be rehabilitated as warnings against the end of the transition period. The “crashing out” narrative will be resuscitated and the avatars of Remain will, once again, move the argument away from what was decided in 2016 and back onto the terrain of maximum ambiguity: the economy.

What’s that? These are old arguments? Except they aren’t, because they are about to come back again and soon.

But the BBC now knows that because of the “rift” between Cummings and Johnson it does not quite know the extent to which it can be the activist. Yes, I know there are variables involved. I’m assuming, for one thing, that the Cummings-Johnson Brexit end-state is one of regulatory divergence over time. But the BBC now has hanging over it a beautiful uncertainty, the uncertainty of poker: how are you going to play your cards?

So, don’t expect the debate over the future of our anachronistic, intrusive and Orwellian national treasure to be resolved before the end of the year.

I would hate to play poker either with Johnson or Cummings: they are now playing the BBC with a shared hand. And they are happy for the game to last a year. At least.