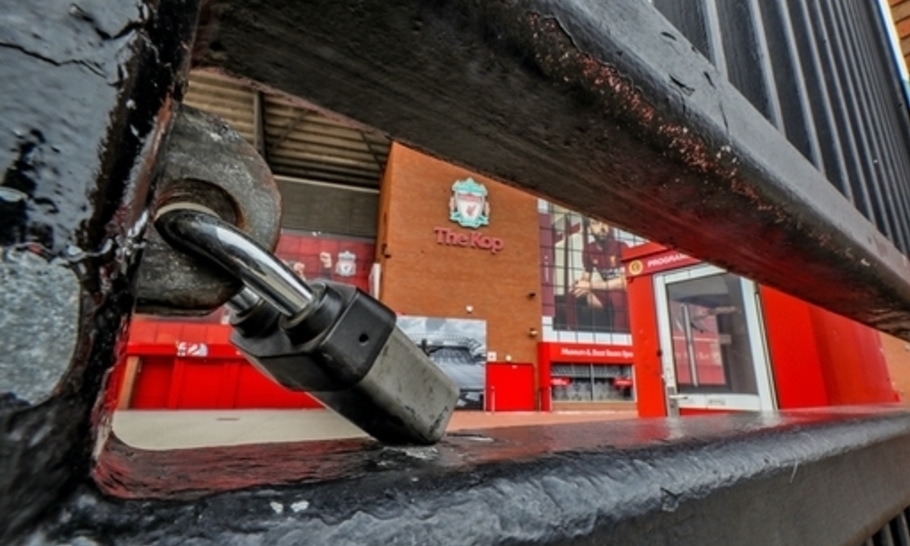 I read the news that the Manchester City player, Sergio Aguero, was worried about playing football in case he spreads coronavirus to his family. I must have been having one of my less sympathetic moments. It was Friday evening and I was waiting for my wife, who is an NHS doctor, to return from the hospital.

She’d just spent a 13-hour shift being sprayed with the aerosol form of Covid-19 given off by ventilators, after which we planned to start our family weekend. The kids were in bed, but ordinarily she gets her scrubs in a hot wash, disinfects some belongings and takes a shower, before our two boys, who will be two and four in July, are allowed to give her a hug.

I realise, of course, that footballers are not key-workers and their skills were not required to fight the virus. People whose jobs were deemed essential had little choice as to whether they could turn up to work or not over the past three months.

That group included workers from comparatively well-paid, high-status occupations like my wife, and those on small incomes, doing things like cleaning or shop-work that many of us previously regarded as menial tasks. I doubt it contained a single individual who earns £12 million per year, which is Aguero’s reported salary before lucrative deals with sponsors are added to the total.

Things have moved on since then and the government has changed its advice so that it is no longer only essential workers who are expected to leave their houses and do their jobs. The long task of getting the economy restarted is underway and anybody who cannot work from home is supposed to return to their workplace.

Though they’ve been able to generate cringe-worthy social media content during the coronavirus crisis, their main duty is still to play in and prepare for football matches. To that end, players started training in small groups last week with a view to finishing the season, which was suspended in late March. Now, after thousands of tests revealed only a handful of cases of coronavirus, they have resumed “full contact” sessions and, if all goes well, the first match will take place on June 17th, with Manchester City facing Arsenal.

It’s great that this decision has finally been taken because the Premier League’s attempts to reach an agreement on restarting football had previously moved at a glacial pace. Some clubs seemed to want the season abandoned, and while they were prepared to deploy arguments around player safety, it was clear that they were motivated mainly by self-interest.

Representatives of the bottom six teams, which are in danger of being relegated to the Championship, initially objected to plans to play the remaining games at neutral venues, behind closed doors. By forfeiting home advantage in some fixtures, they argued, the competitive element of the competition would be distorted.

After consulting with the government and relevant police forces, the Premier League expressed confidence that most matches could be played in clubs’ stadiums as originally planned, albeit that fans could still not attend. It was not long before more objections about fairness began to emerge. Even as the vote to restart the competition loomed, “The Athletic” website reported that some teams were demanding that relegation should be scrapped, if football is suspended again this season.

They didn’t get their way. If there is more disruption, the league table will be decided by calculating each club’s average points totals per game, and the bottom three will drop into the Championship.

One of the most vocal spokespeople from the bottom six was Aston Villa’s Chief Executive, Christian Purslow. Setting out his concerns about the Premier League plans, Purslow recently launched into a long explanation of the financial pitfalls involved in relegation, which he estimated can cost clubs up to £200 million each. He then discussed the potential disadvantages of not playing in front of a partisan crowd, before finally claiming, almost as an afterthought, “I can assure you that players’ welfare is our absolute priority.”

The idea that some of the richest, most pampered young men in the country should remain cossetted while the rest of us got back to work was fantastically self-absorbed. They spent eight weeks in rambling mansions, most of them sticking to their private gyms and home cinemas.

To be fair, most players, throughout the football pyramid, were desperate to get back to the sport they love. After I read Aguero’s remarks, I watched an interview with the Blackburn Rovers and Northern Ireland footballer, Corry Evans.

Four months ago the midfielder, whose brother is Leicester’s Jonny Evans, fractured his skull and eye socket in a horrific collision that seemed like it might end his career. Now, Evans is eager to get back on the pitch as quickly as possible and to that end, he’s started heading footballs again.

Apart from filming inane videos and making the odd donation to the NHS, footballers haven’t been much use to us during the Covid crisis so far. That’s hardly their fault, but now they finally have a chance to contribute something to society, by boosting morale as we contemplate what a ‘new normal’ might mean.

Football in Germany started again on May the 16th and, so far, all matches have been played successfully and without incident. La Liga in Spain is scheduled to resume on the 8th of June, while Hungary, Poland, Ukraine, Denmark, Serbia, Croatia and more will be up and running again after this weekend. The Premier League is doing the right thing by following suit.

Nobody expected the season to be decided in these circumstances and they are hardly ideal. But by far the fairest way to crown the champions, decide who qualifies for Europe and resolve the relegation issue is by completing the remaining matches so that every team has a chance to decide its fate on the field of play.

The problem with face masks is moral, not medical