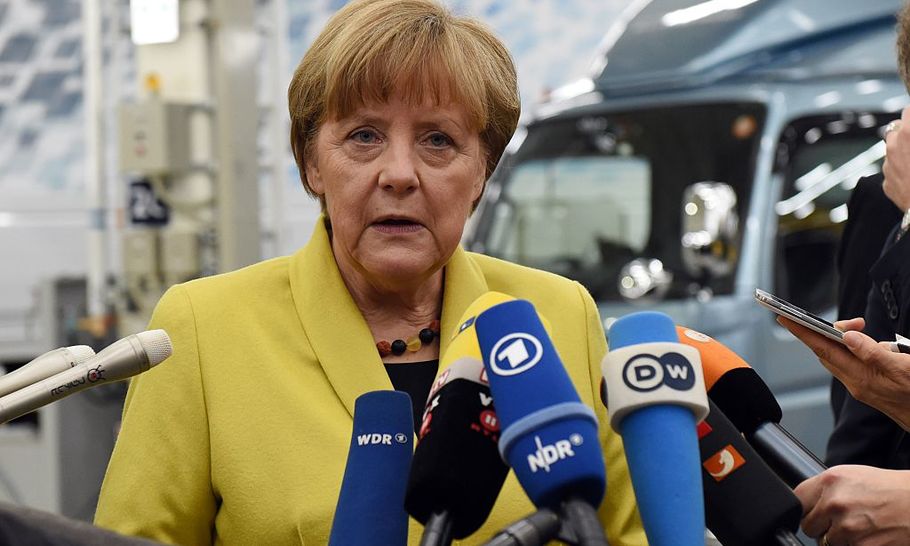 So Angela Merkel has given Theresa May an ultimatum: we have ways of making you back down. The German Chancellor will “go to the edge of the precipice” over Brexit, it is reported, and believes we “need to look into the abyss before a deal is done at midnight”. Her staff are proud of her brinkmanship: “That is how she works,” they say.

Do you suppose that Mrs Merkel will receive a word of criticism for this cavalier attitude from her own press corps? Not likely. In the battle of Brexit, German journalists are lined up behind their Chancellor as if they were still living in the East Germany where she grew up.

This especially applies to the foreign correspondents based here in London. They are supposed to report objectively about the Brexit debate from London. Hundreds of millions of viewers and readers rely on them to offer a balanced view of a political crisis that matters as much to them as it does to us. That is not what many correspondents from EU countries are doing. Hardly any of them are trying to explain to their own peoples why, for example, Mrs May is now seeking to renegotiate the Irish backstop. Instead, they simply act as an echo chamber for the leaders of the supposedly “united” 27 member states.

That is not journalism, but its opposite: propaganda. The British may be as mad or bad as the rest of the EU likes to think, but what is actually going on in this country is a remarkable example of democracy in action. The House of Commons is doing its job of holding the Government to account. The Prime Minister has been struggling to find a consensus, sustaining severe defeats, votes of confidence and challenges to her leadership along the way. She believes she has now found a negotiating position that commands a majority in Parliament and so she is returning to Brussels to explore ways of avoiding the no-deal Brexit that almost everyone in Europe says they wish to avoid. We have been hearing from Brussels for many months that nothing is agreed until everything is agreed. They know very well that in Britain, we take our Parliament seriously: unlike most of its counterparts in Europe, the Commons wields real power and it was never likely to vote for the Withdrawal Agreement without modifications. So for Jean-Claude Juncker, Donald Tusk, Emmanuel Macron and the rest to insist that the deal cannot be reopened is absurd: they knew all along that this was going to happen.

Mrs Merkel is at least sounding more realistic. She is a disciple of the 19th-century  apostle of Realpolitik : Otto von Bismarck. It was the architect of the first German unification who created the office she now holds, and which she inherited from the architect of the second German unification, Helmut Kohl. Mrs Merkel knows her history and she is under no illusions about the gravity of the predicament in which continental Europe now finds itself. Britain will survive Brexit, whatever happens — but will the EU? Nobody knows, because the departure of a member state is unprecedented. The Germans have invested more in the European project —psychologically as well as financially — than any other nation. For them, the stakes could not be higher.

This is the real story of Brexit, but it is going unreported in Europe. That is a scandal. The British press has been a whipping boy on the Continent for decades, ever since Boris Johnson, as a cub reporter for the Telegraph in Brussels, made fun of the EU with stories about bureaucracy and bananas. For all its faults, however, the British press is nobody’s poodle. If only the same could be said of our European colleagues.