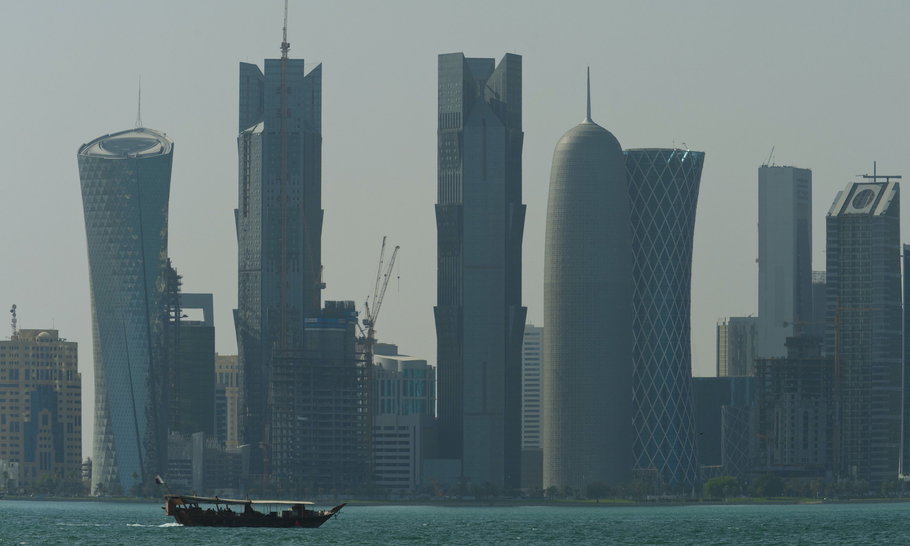 As Britain finally throws off the shackles of the EU and steps out along a new path of independence, free trade, and partnerships of equals, it is increasingly important that we find like-minded allies to help realise our vision for the future.

Qatar, the tiny Middle Eastern Gulf kingdom, is one such ally. Having recently won a victory against its much larger neighbour Saudi Arabia, Qatar is blazing its own trail of independence. And in a different part of the world, outward-looking, technologically advanced, increasingly free in its markets, Taiwan is another ideal candidate for Global Britain’s network of like-minded allies.

Taiwan has long been working to extricate itself from its abusive relationship with China, with democratisation and freeing up markets top of the agenda. Technically an autonomous province within China, Taiwan’s leaders see things quite differently. Some expect them to move to declare independence, although they claim that such a declaration is unnecessary as Taiwan is already independent. As they step towards freedom, the Taiwanese face a volley of violent threats from China, which run the gamut from hostile military exercises to full-on invasion.

Meanwhile, in the Middle East, from 2017 until last month, Saudi Arabia and its association of Gulf states blockaded Qatar, closing air space, halting trade, and preventing people from crossing the border. The price they demanded to lift the blockade was a commitment from Qatar to align with the other Arab countries militarily, politically, socially and economically.

But, much like the British electorate who rejected threats of ruin and demands for conformity, the Qataris understood that independence for a country is more valuable than anything else. They have a plan to diverge from their uber-conservative region; to liberalise their economy, democratise their government, and open up to the world. The country’s leadership knew that being bound up with their immediate neighbours, restricted in trade and economic and social development, would prevent them from realising their potential as a nimble, free-trading nation, and so they were prepared to do whatever it took to repel the bullies.

It required real grit and endurance to stand up to the Saudis – weathering serious economic damage, families being torn apart, threats to invade, and defamation on an international scale – but the Qataris managed it. And all of the pain and difficulty was justified when last month, with the help of Kuwaiti and American mediators, the blockade was finally lifted. Qatar stood firm all the way to the end, making no concessions whatsoever. Saudi Arabia was forced to recognise that the world is moving forward, and it is no longer able to dictate what happens in the Gulf.

And if the example of Taiwan is anything to go by, the economic dividends from opening up to the world will be huge for Qatar. Liberalisation in Taiwan has created a boom described as a “miracle” by experts, with not just GDP growth but technological advancement too. Like Saudi Arabia, China is afraid that its smaller neighbour will use its smarter decision-making to supplant it on the world stage – and it’s not a misplaced concern. Over the last year, a series of companies have relocated from China to Taiwan, assessing that economic and social freedom create better circumstances for growth than the iron grip of the Chinese Community Party. For the first time ever Taiwan’s economy is now growing faster than China’s, having managed to avoid the financial damage that Covid-19 has wrought in much of the world.

Britain, Qatar and Taiwan may look wildly different at first glance, but each shares a global agenda, where freedom and independence are the name of the game. They, like us, are confident in their own abilities and capable of standing on their own two feet – they know that they don’t need to be a small cog in a much larger machine, whether country or trading bloc, to succeed. Just like Britain, the peoples of Taiwan and Qatar understand that freedom leads to innovation, competition and a rich marketplace of ideas. These in turn create prosperity, jobs and higher standards of living.

Just at the moment when Britain threw off the shackles of the EU, Qatar likewise threw off the shackles of its Gulf neighbours and Taiwan shifted closer to independence. But the neighbours we have each extricated ourselves from are desperate for us not to succeed, and they are lashing out. And while the form that lashing out may take is quite different – the EU threatened our vaccines and the welfare of Northern Ireland, the Saudis threatened to dig a canal on the Qatar border and dump toxic waste in it, and the Chinese are still threatening a full-scale invasion of Taiwan – the instinct to do all in their power to ensure that these small, freedom-loving nations fail is the same.

That’s why a new alliance with these two states is so important. Already, Britain and Qatar work together on military issues, including most recently a joint squadron between the RAF and Qatari air force. Britain and Taiwan are moving to cooperate on wind power, financial services and sheep.

It’s time now to go further and acknowledge the similarities in our circumstances and visions for the future. We need new schemes to deepen our connections with these key nations through trade, technology, and the military.

If we get this right, together Britain, Qatar and Taiwan can show the rest of the world just how much can be achieved by small countries with global outlooks and an unbending commitment to independence. Such an alliance would leave behind old systems of large, cumbersome federations, and build a new model of friendly cooperation between nations.