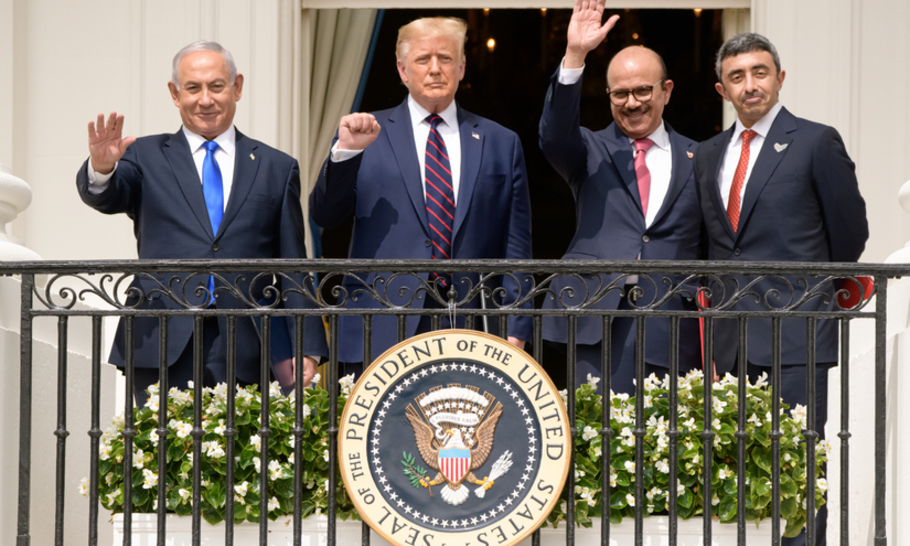 And so we bid a not-so-fond farewell to Donald Trump, the most toxic President in the history of these United States. Pray God we will not see his likes again. His mixture of personal ghastliness and political divisiveness cut a uniquely cynical and churlish figure on the world stage. Remember, he rode to power on the backs of assorted “deplorables”, yet leaves even them and the American nation more alienated and bitter than before. His refusal to acknowledge his successor, or even to greet the Bidens on the White House threshold, as tradition dictates, speaks volumes.

However, as if by some miracle, his foreign policy initatives and achievements were rather impressive. Look first at the special relationship. Cousins across the pond is not entirely a myth. Defence. Intelligence. Freedom of trade. The rule of law. Language. What have you. But Obama (Biden’s boss in the White House) was more interested in the Pacific and the anti-colonial Third World. He appeared to dislike this country. Obama symbolically celebrated his arrival in office by removing the bust of Churchill from the Oval Office. And he intervened in British politics, warning  during the Brexit referendum, that we would be the last in the queue for a trade deal if we dared to leave the European Union. That must have pushed up the number of Leave voters.

Trump, in contrast, felt for Britain. Equally symbolically, he had Churchill’s bust put back. He promised that the last shall be first in his queue for a trade deal. Ok, what he loved were the trappings of Britishness: the processions and the ceremonial. And he wanted to please his old mum whose affection for the Scottish isles was surprisingly important to him. Biden is now said to want his first official visit to be to this country, rather than to, say, France or Germany. If so, he is signalling paradoxically that he wants to build on Trump’s legacy, rather than Obama’s. In the brave new post-Brexit, post-pandemic world, it would be good to have America on our side. Good for America too.

Then there is the little matter of defence, and in particular muscle-flexing Russia. Of course, Trump has an unhealthy admiration for thuggish autocrats such as Putin. But look at his policy decisions.The idea that he was somehow being blackmailed by Putin and was under the thumb of Moscow is surely nonsense. In fact, he imposed steadily heavier and increasingly damaging economic sanctions on Russia. And he blacklisted assorted Putin-ally oligarchs. He supplied massive shipments of heavy weaponry to Ukraine and has tightened American military links with Poland and the Baltic mini-states. Some Russian puppet!

Closely allied has been Trump’s robust approach to Nato. It has long been a disgrace that appeasement-minded, cheapskate European nations have relied on American wealth and American might to defend themselves against Moscow. They knew a free lunch when they saw one on offer. Obama’s gentle persuasion failed. By shouting and screaming in undiplomatic language, Trump forced the weaker brethren to pay up. By threatening to destroy Nato, he has forced its revival.

As for China, Trump has been, well, trumpeting warnings about that increasingly menacing giant for decades. The American establishment saw instead a huge potential market and a people set upon becoming part of the global order. Politicians such as the Clintons and the Obamas believed that China would inevitably grow more liberal. So pre-Trump America kow-towed to Beijing, offering one-sided trade deals and turning a blind eye to Chinese outrages.

Trump saw an aggressive, repressive nation threatening world order, the American economy and America’s national interest. He recognised Taiwan and concluded trade deals with that pro-western ally, as well as with South Korea and Japan. As for his trade sanctions against China, they have forced concessions. The jury is still out on his off/on flirtatious relationship with Little Rocket Man. But other methods of dealing with North Korea had come to nought, and Trump’s was a brave effort. Kim has been relatively well-behaved for the past couple of years.

The jewel in Trump’s crown is the fact that he (with his son-in-law Jared Kushner) recognised that the central issue in the Middle East was not the decades-long “Peace Process”. It had become a stalemate, caused by shady Palestinian leaders effectively blackmailing the major Arab players — Saudi Arabia, Egypt, Lebanon, Jordan and the Gulf states — into endorsing their veto over any peace deal. By ignoring the posturing Palestinians and encouraging Israel’s Netanyahu to do the same, Trump put an end to decades of bloody deadlock. And by boldly shifting the American embassy to Jerusalem, he underlined the point. The Arab players got the message. Amazingly Netanyahu has been to Riyadh. Lebanon and Israel are negotiating border deals. The UAE and Bahrain have already opened diplomatic relations with Israel. The Saudis will surely follow. Welcome news. Israel is a natural and prosperous part of the still backward and impoverished Middle East, able to supply much needed technical knowledge and investment money.

All this is re-alignment is based on a further flash of the bleeding obvious. It is not Israel but fundamentalist Shia Iran which is the increasingly militant enemy of the largely Sunni Arab world. This insight alone should put Israel (which Iran is pledged to wipe from the map) ever more squarely in the mainstream Arab camp. The Ayatollahs yearn for nuclear weapons and the Arabs tremble. Israel has them already. Now it is up to the Palestinians to decide when they wish to come to an accommodation with Israel and, in effect, the rest of the Arab world. As for the Ayatollahs, they must be desperately hoping that Biden’s appeasing mind-set on Iran will overcome his long-held sympathy with Israel.

Of course, the Trump administration also made some bad calls. One example: ditching his Kurdish allies was both a disgrace and a tactical, even strategic disaster. Overall, though, Trump’s foreign policy record — unlike his domestic one — looks pretty darn good.