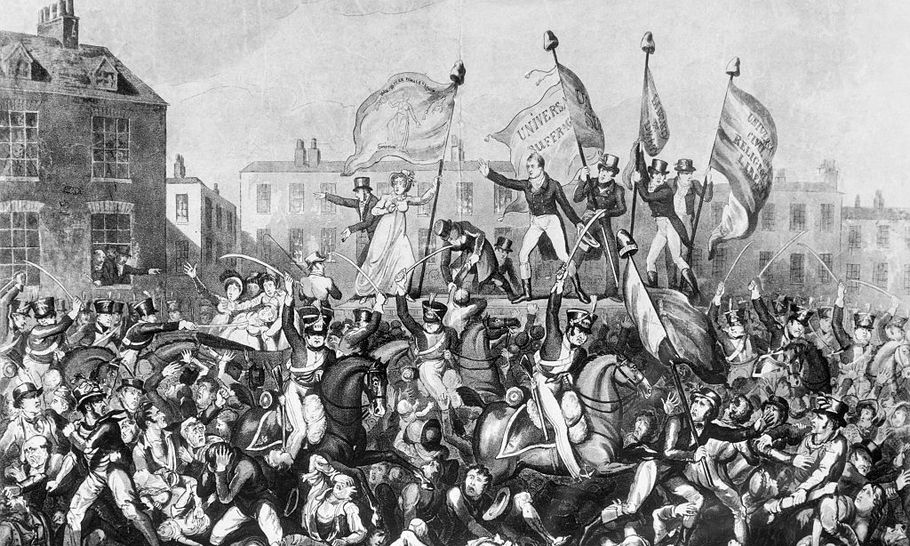 In Mancunian mythology, the duel between Andy Burnham and the Tory Government will be seen as a latter-day Peterloo. Never mind that the only deaths are likely to be those residents of Greater Manchester who succumb to Covid-19 because their Mayor wasted ten days in a last-ditch stand against the imposition of harsh Tier 3 measures without a more generous package of compensation from the Treasury. Most of the three million who live in the region will accept the Mayor’s narrative: Burnham contra mundum.

Yet as the smoke clears, it’s important to be clear about what actually happened. This was not a dispute about the closure of pubs, bars, gyms and bookies. The businesses that may never return were doomed from the start, though the reluctance of their clientele to comply with unpopular new rules has doubtless enabled the people’s Mayor to play to the gallery. The only issue was how much the rest of the country would stump up.

Yet as Boris Johnson stood at his lectern in Downing Street, the image might as well have been that of Lord Liverpool, the Tory Prime Minister two centuries ago who ordered the mounted yeomanry to disperse 60,000 protestors demanding universal suffrage in St Peter’s Fields, Manchester. What became known as the Peterloo Massacre has lived on in the popular memory of the North. What happened this week will do so too.

It is hard for a southerner like Johnson to comprehend how his rigid refusal to meet Burnham halfway will be seen in the North. To the Prime Minister, this was a political negotiation of the kind that he routinely had with both Labour and Conservative Governments while he was Mayor of London. To him, it was a question of precedent: any bonus he gave to Manchester would instantly become a benchmark for the rest of the country, while simultaneously undermining the settlement agreed with Liverpool, whose Mayor Steve Rotherham is now accused of meek submission rather than doing what was best for the population of Merseyside.

Johnson is obeying what the great sociologist Max Weber called the ethics of responsibility, as opposed to Burnham, who unashamedly follows the ethics of conviction. In Labour’s legend, it is head versus heart. Objectively, the Prime Minister may well be right; subjectively, the Manchester Mayor has scored a signal triumph. Indeed, he has done his chances of one day achieving his ambition to lead the Labour Party no harm at all. If Keir Starmer should slip up, Andy Burnham will be waiting in the wings.

Boris Johnson probably doesn’t realise that he has been outmanoeuvred and if he does, he may not care. That is because he underestimates the demonisation of his party and his class outside the South-East of England. It was the genius of Shelley, in his Mask of Anarchy, that transformed the key members of the Liverpool administration at the time of Peterloo from ministers into monsters:

I met Murder on the way —
He had a mask like Castlereagh —
Very smooth he looked, yet grim;
Seven bloodhounds followed him…

Less than a year ago, the Prime Minister won an election that was all the more remarkable because it was sealed by the collapse of the Labour vote in the party’s Northern heartlands. Now, in the eyes of many people in Manchester and beyond, Boris Johnson has been unmasked as the heartless old Tory toff they always suspected he was. How he came to squander prosperity, popularity and opportunity will be for future historians to analyse. For the moment, however, the Conservatives will have to rue the day they took on such a wily opponent. Boris has met his Peterloo. The jovial joker who led his party to a landslide victory may also turn out to be the Pale Rider, the Grim Reaper, who did for the Conservative Party once and for all.