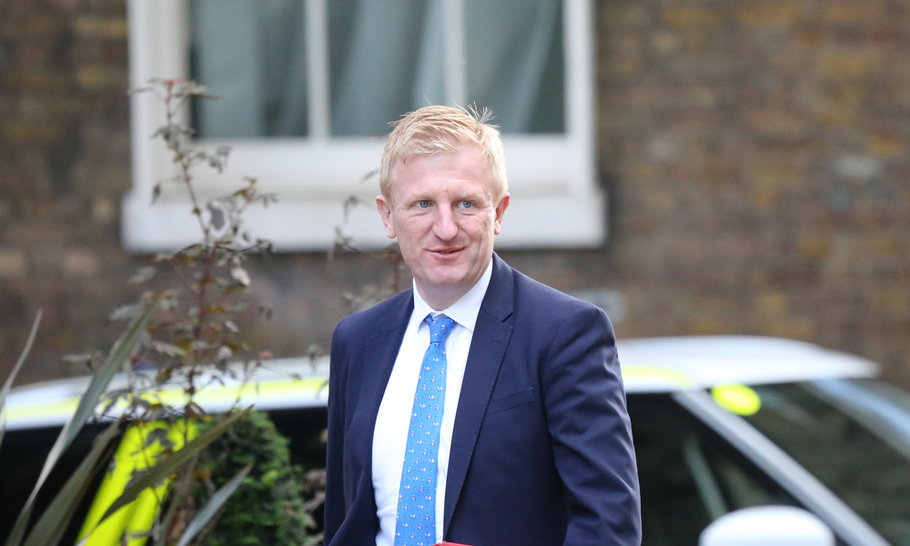 Oliver Dowden has asked for more. More history, that is. Not the thin gruel that now often passes for historical knowledge, but an overflowing banquet of heroes, villains and everything in between. The Culture Secretary told the “History Matters” webinar at Policy Exchange that museums and other institutions entrusted with our heritage should not let themselves be bullied by the Left “to remove our history, remove statues and so on in a very short-termist way”.

Dowden wants curators, academics and other trustees of our past to know that he is on their side: “I’m the first Culture Secretary to stand up and say: ‘Hang on, just think as institutions about your wider duty to the nation to conserve and preserve our heritage, don’t allow yourselves to be pushed around by the zeitgeist’.” He warned against “short-term decisions that our children and grandchildren will look back on askance and think, ‘Why on earth did they do that?’” The minister even made what he called a “preposterous” promise, in case a commission set up by Sadiq Khan, the London Mayor, tried to have statues of war heroes toppled: “I would happily have myself chained to Nelson to stop him being removed.”

Dowden’s pushback is overdue. What is the point of a Conservative Government if it fails to conserve Britain’s uniquely rich tapestry of the past? But preaching to the choir at a centre-Right think tank is not enough. Like the rest of his absurdly wide brief — Dowden’s Department now rejoices in the title “Digital, Culture, Media and Sport” — the world of history and heritage is complicated. Take the issue of independence. The Secretary of State showed some awareness of this complexity when he acknowledged the balance that must be struck by curators of cultural institutions, some of whom resent his interference in their domain: “That independence cuts both ways. It is independence from Government and independence from the zeitgeist of the moment.” For a man who uses the word “zeitgeist” a lot, Dowden should know what this German loan word means. Coleridge translated it as “the spirit of the age”, so it is a solecism to speak of the “zeitgeist of the moment”. More importantly, is it too much to expect busy officials with institutions or organisations to run to rise above their own times? They are, after all, accountable to the public. Part of their job is to respond to what they perceive to be public opinion. So of course bodies such as the National Trust or the British Museum will not be indifferent to pressures from social media or popular movements such as Black Lives Matter and Extinction Rebellion. Dowden himself conceded that, for those who defied such pressures, the threat of defunding was a real one.

So the reality for those curators of our culture who share the Secretary of State’s view is simple: will he and the rest of the Government throw them under a bus if they come under attack from woke lynch mobs on social media? We all know what happened to the late Sir Roger Scruton. Two years ago, he was chairman of the Build Better, Build Beautiful Commission, charged with improving the quality of public architecture. Then the Left came for him, in the form of a hatchet-job interview in the New Statesman. Within hours of its appearance, the then Communities Secretary, James Brokenshire, had dismissed Scruton for alleged racism on what were quickly proved to be spurious grounds. An apology to Scruton by the minister and the magazine, along with his reinstatement, did little to alter the impression that a distinguished man of the Right had been let down by a Conservative Government — as it turned out, less than six months before his death.

The truth is that those who work in the field of culture and heritage are far more likely to pay attention to those who have the power to decide whether their careers will flourish or end in ignominy, than to Tory ministers who are at best birds of passage, at worst liable to flee at the first whiff of grapeshot. The Left’s long march through the institutions has given them hegemony over most of the boards and committees that appoint and reward the custodians of our history. Politicians of all people should understand how the Establishment works. The path to preferment leads through a minefield and giving offence to a protected group is the reputational equivalent of spontaneous combustion. One seldom joins the ranks of the great and good by arguing that Britain has indeed mostly been both great and good.

Oliver Dowden is right to ask for more history. That implies appointing more historians and custodians who share his respect for the past to public bodies. He should make use of his patronage and ask his Cabinet colleagues to do the same. If ministers want curators to stand up for our history, they must stand up for curators. The Prime Minister, at least, knows his Burke: “People will not look forward to posterity, who never look backward to their ancestors.” Many people know little or nothing of these ancestors. Let us criticise as well as celebrate them, by all means — but let us not forget.