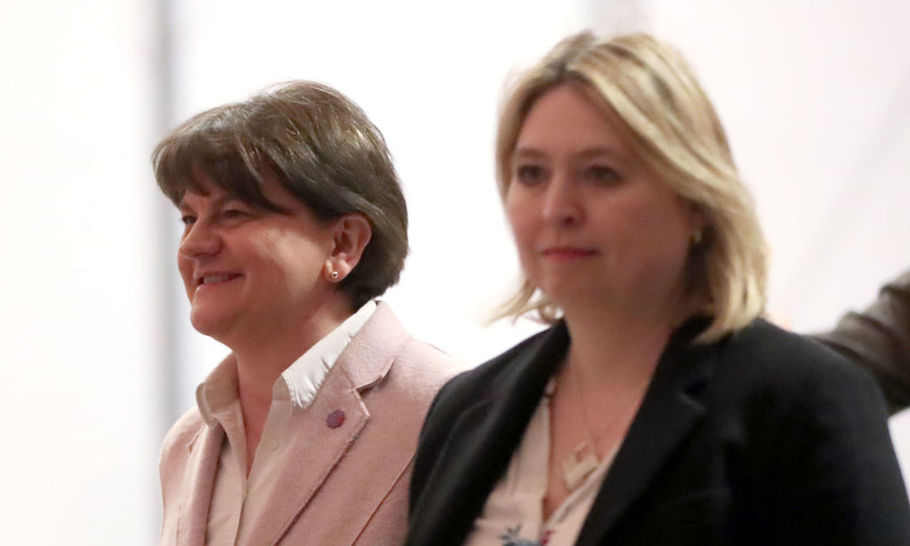 This week, MPs voted to legalise same-sex marriage in Northern Ireland and liberalise the province’s strict abortion laws. These policy areas are supposed to be devolved to the Stormont Assembly, but power-sharing collapsed two and a half years ago and it looks unlikely that the political institutions will be restored any time soon.

During that period, Northern Ireland has experienced a vacuum in governance and accountability. The government has refused to implement direct rule, while the secretary of state, Karen Bradley, legislated to hand more power to civil servants.

If this week’s vote showed Westminster is willing to take responsibility for Northern Ireland in the absence of an Assembly, it could mean long-delayed decisions on health, education and the economy can finally be taken. Or MPs may just be happy to advocate devolution when it suits, while intervening to pass laws on social issues if they’re accompanied by vehement enough campaigning.

The two votes, supported by an overwhelming majority of MPs, added amendments to the Northern Ireland Executive Formation Bill, which was being rushed through the House of Commons by Karen Bradley. The bill aims to avoid an automatic Assembly election in Northern Ireland, if power-sharing cannot be restored.

The same-sex marriage amendment, tabled by Labour MP Conor McGinn, requires the secretary of state to change the law if Stormont is not up and running again by October 21. There is a similar duty when it comes to abortion legislation, though Stella Creasy’s amendment obliges the government to “give effect to the recommendations” of a UN report that supported introducing abortion services in Northern Ireland. A slightly vaguer undertaking, but still a commitment to liberalisation.

For some years, both of these issues have generated incredibly emotional debates in Ulster, where many younger people feel that religious and social conservatives, particularly unionist politicians, have caused the province to be left behind, while the rest of the UK and the island of Ireland pushed ahead with reform. The DUP used a mechanism called a ‘petition of concern’ – designed to ensure cross-community support on sensitive matters related to identity and religion – to block same-sex marriage laws at Stormont.

Now that Westminster MPs have chosen to intervene, it raises wider constitutional questions, as well as concerns about scrutinising legislation properly and the future of talks to restore devolution.

These amendments were tacked on to a bill that was already being sped through parliament. Previously, Karen Bradley rushed the NI (Regional Rates and Energy) Bill, involving billions of pounds of public money, through the House of Commons in a few hours. This budgetary legislation allowed civil servants in Northern Ireland to spend money, that would otherwise have been the responsibility of ministers, without political scrutiny.

The secretary of state justifies such extraordinary measures by claiming that power-sharing will soon be operating again. All-party talks aimed at restoring the devolved institutions are continuing in Belfast, with the involvement of the government and the Irish republic’s foreign office.

There are occasional suggestions that these discussions, initiated after the murder of the journalist Lyra McKee, are taking place in a cordial atmosphere, but there is no sign of an imminent breakthrough. And there is surely less chance now that they will be successful before October 21.

Sinn Fein, the party that pulled out of the executive and collapsed Stormont, has adeptly isolated the DUP, by adding same-sex marriage and abortion reform to its list of ‘red line’ demands. This strategy makes their unionist opponents appear old-fashioned and ‘regressive’, but it also appeals to young voters, who believe republicans’ twaddle about standing up for ‘rights’ and ‘equality’.

In reality, the Shinners are more worried about securing Irish language legislation, which they see as a potentially significant victory for the Irish national project in Northern Ireland. Social issues are dispensable for a party focussed on achieving a 32 county state in Ireland. Yet, after all the bluster about ‘equal marriage’ and ‘reproductive rights’ they could lose support if they hurry back to Stormont and give the DUP an opportunity to avoid a change in the law.

Equally, it might suit the DUP to let Westminster pass controversial reforms that it seems incapable of preventing indefinitely.

The party has changed dramatically since the eighties and nineties, but its evangelical, Paisleyite wing remains influential and it’s unlikely to soften opposition to social reforms if it doesn’t have to. At the same time, some parts of the DUP are alive to the risk of alienating younger generations from supporting Ulster’s place in the UK, if unionism remains associated with values they regard as old-fashioned.

MPs might have thought they were helping Northern Ireland by passing these amendments, but, ironically, they may have ensured that the province’s devolved executive is not restored for at least three more months.

If Westminster is going to pass laws for Northern Ireland, and in the absence of devolution it absolutely should, then direct-rule should be implemented in full. There’s certainly a backlog of measures to look at. Perhaps, for example, parents in Ulster should finally get the thirty hours of free childcare, worth thousands of pounds, that their counterparts in the rest of the UK enjoy.

The government has shirked its responsibilities for too long. Parliament devolved powers to Stormont and, if there is no executive there to exercise them, then they must return to Westminster. That means scrutinising legislation properly, using the committee system and with a clear line of ministerial accountability.