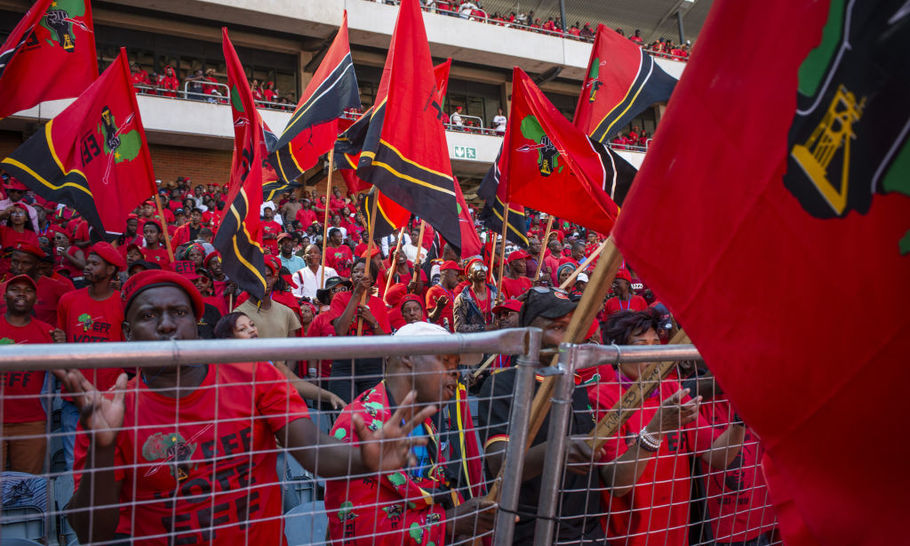 South Africa goes to the polls on 8th May to elect a National Assembly and Provincial Legislatures for the fifth time since the April 1994 elections that ended apartheid. This was one of the best monitored elections in Africa drawing monitors from around the world. Black voters swept the African National Congress (ANC) to power. The Party still retains some of its glory as the movement that brought freedom, though it is waning. The hope, excitement and enthusiasm of 1994 are long gone.

The advantage of monitoring the 1994 elections in the Ecumenical Monitoring Programme for South Africa teams in KwaZulu Natal alongside President Kenneth Kaunda of Zambia was that he was our canary down the mine. If the crowd shrank away, that was an area dominated by Inkatha, the Zulu Party. If people were beaming and rushed forward to greet him, then we were in territory dominated by the non-racial ANC. You always knew where you stood and the likely dangers.

There were three in our monitoring team. Kaunda himself, a former leader of a nationalist struggle, signature white hankie in top pocket, with his immaculate Zambian bodyguard in perfectly pressed military uniform, plus me as adviser, general factotum and bag-carrier. We were very lucky. Until only a day or two before the elections began on 26 April, and our arrival in Durban, it had looked as if civil war between Inkatha and the ANC might break out in KwaZulu-Natal. Hence the presence of an influential and admired mediator and election monitor such as President Kaunda. Inkatha leader Chief Gatsha Buthelezi pulled back from the brink.

Our itinerary took us to small towns and townships north of Durban. We attended a night prayer vigil for peace in Pietermaritzburg Anglican cathedral. Archbishop Desmond Tutu was at the back of the church. The Catholic Archbishop of Durban, Denis Hurley, delivered a short address. Shortly after he spoke, out of the corner of my eye, I saw a stocky white man rushing up the aisle towards us looking disturbed. Sure enough, he blundered along our line of pews towards Kaunda. To my amazement the bodyguard moved aside to let the man past him and sit next to Kaunda.

I feared an assassination. But no. The man broke into wracking sobs. Kaunda held his hand and took out his handkerchief. Between sobs the man explained that as a member of the South African Special Forces he had raided the ANC HQ in Lusaka, the Zambian capital. He had come to ask forgiveness for the killings. He and Kaunda talked quietly. I asked the bodyguard later how he knew it had been safe but he just smiled.  This election time seemed filled with some kind of enchantment. The wonder of the 1994 elections was that they were conducted peacefully, and were in themselves part of a process of reconciliation, and, looking at the faces of the black voters in winding queues, waiting to cast their first vote, a moving expression of hope and human dignity.

25 years later the contrast is striking. This time, some 50 different parties are contesting the 400 seats in the National Assembly. The atmosphere of euphoria and expectation of major change has gone. Half the population remains below the poverty line in a country with one of the world’s most unequal societies and spectacular income inequality. Over a quarter of the labour force are unemployed. Youth unemployment is running at around 50%. Judging by the very low electoral registration levels for young people coming on to the electoral rolls, hope that the political Parties will improve their lives has disappeared. The fiery populist, Julius Malema, former leader of the ANC Youth League who appeals to angry youth, is likely to see his Economic Freedom Fighters (EFF), currently at 6.25% of the popular vote, make gains.

In 1994 Nelson Mandela led the ANC to a resounding victory in the country’s first national democratic election. But for people born since then the heroic past is just that, the past; the ANC has gradually become for them just another political Party. Since Thabo Mbeki’s time as President 1999-2008, the ANC’s share of the national vote has been declining, though only by a few percentage points, (the 2004 elections, when the economy was growing at 4.5% annually, gave the ANC a record 69% of the vote). After Jacob Zuma’s de facto coup in 2008 and the rampant corruption he brought, steady decline set in. This year some commentators are predicting the ANC will only get between 50-60% of the popular vote.

President Cyril Ramaphosa is, in comparison with his predecessor, good news. A lawyer who rose up the ranks of the ANC to become its secretary-general, starting from his base as leader of the powerful National Union of Mineworkers, he is attributed with deploying his negotiating skills, playing an important part in reaching a settlement with the apartheid regime. Worth $550 million through his former business acumen: franchises in McDonalds, chair of the Board of the telecoms giant MTN, and time on the Board of Lonmin (platinum mines), he is well placed to know what is going on and to reflect on endemic corruption in the Party and the country’s inequality.

The question is not so much will voters continue to walk away from the ANC, but will they support it enough to give Ramaphosa the mandate and the authority he needs to pursue his proclaimed reformist programme, break out of the corruption/stagnation syndrome, and reverse South Africa’s inevitable decline. He faces considerable difficulties, not least the vexed and politically explosive issue of land reform. During his fourteen months in office, the Rand has dropped in value by 19% . Ramaphosa has tried to get rid of the most corrupt brakes on economic progress represented by ANC place-men. But protests and riots about corruption, housing, water, electricity and other failures of service delivery have been increasing.

A white Cape Town social worker, dismissing my support for the ANC in the early 1980s, said to me: “They will simply displace a corrupt and greedy white elite with a black one”. Jacob Zuma and his clique certainly proved her right. Let’s hope President Cyril Ramaphosa, who has some genuine achievements under his belt, proves her wrong. And that on 8 May South African voters will prove the commentators wrong, and give him the votes for members of the National Assembly and Provincial Legislatures that provide him with a mandate to do so.