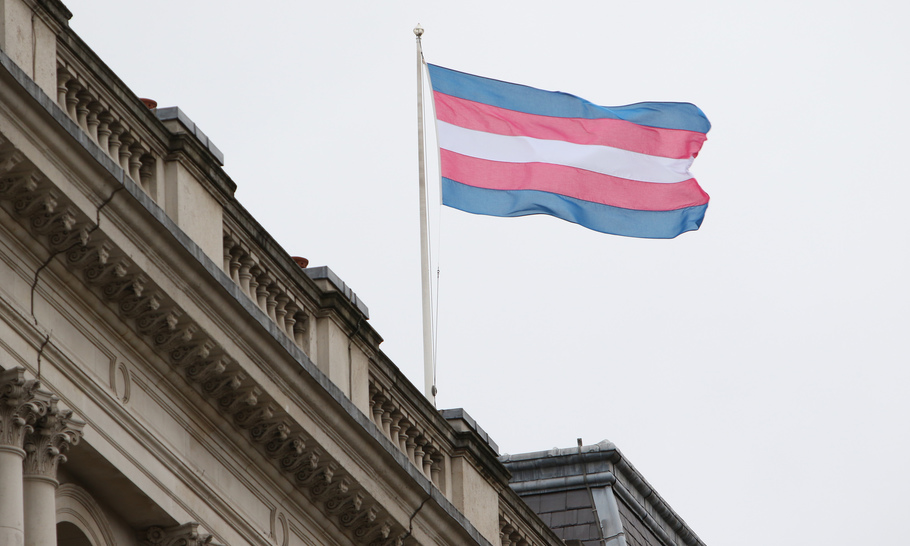 In 2018, radical and gender critical feminists in the UK began wearing t-shirts bearing the message ‘woman: noun: adult human female’. This insistence upon the dictionary definition of the word ‘woman’ was a reaction to a proposal to reform the UK’s Gender Recognition Act and make legal sex a matter of statutory declaration. ‘Woman’, these campaigners asserted, is not something that a male person can be, and certainly not on the basis of his mere say-so.

In response to this campaign, transwomen began posting images of themselves on Twitter using the hashtag #adulthumanfemale, asserting that their status as transwomen made them not only women—as the popular slogan (‘trans women are women!’) has it—but also made them female. Things have not gotten better since then, with some transwomen claiming not only to be female, but to be lesbians, too. One may be reminded, at this point, of the well-known exchange between Humpty Dumpty and Alice in Through the Looking Glass, where Humpty insists that words mean whatever he wants them to.

The Humpties in the ongoing gender wars are trans rights activists. The Alices of the debate are radical and gender critical feminists. The Humpties don’t seem to mind that they’re using terms like ‘sex’, ‘gender’, ‘man’, ‘woman’, ‘male’, ‘female’, ‘gay’, ‘lesbian’, ‘bisexual’, and ‘straight’ in completely different, and sometimes contradictory, ways to the rest of the language community. It may cause confusion, sure; but like Humpty Dumpty in the the original dialogue, they hope to become master over words.

Is there anything that trans rights activists could be getting right when they insist that transwomen are female, or more generally, assert that it is possible for a person to change sex? Or is this all just so much nonsense?

The first ‘necessary condition’ definition is what you’ll get if you talk to biologists about sex, namely, that sex refers to the production of large or small gametes. Human sexual reproduction proceeds through the combination of sex cells of two different sizes, small gametes (sperm) and large gametes (ova). Researchers across many disciplines take this as foundational to their work. Transwomen who have had sex reassignment surgery will lose the ability to produce small gametes, because such surgery removes their testicles, but they do not gain the ability to produce large gametes, because sex reassignment surgery cannot give them ovaries. Only fallacious reasoning from ‘not male’ to ‘therefore female’ would yield the conclusion that sex reassignment surgery makes a male person female on this definition.

But it’s not clear we should accept the ‘not male’ part of the claim either. It’s not as though all men actually produce sperm. The best way to understand the sperm/ova binary is in terms of an ‘all going well’ clause. A male person could get testicular cancer and have to have his testicles removed. That doesn’t mean he’s not male; he’s still the kind of person who, all going well, produces sperm (it’s just that not all is going well in his case). If transwomen who have had sex reassignment surgery aren’t male on this view, then other kinds of transwomen (those who take hormones, those who merely present in a feminine way) aren’t either.

The second ‘necessary condition’ definition is what you’ll get if you talk to trans activists, namely, that sex refers to gender identity. Sure, some people have penises and some people have vulvas, but this is no more significant than the fact that some people are fat and some are skinny. What matters is your subjective sense of your own sex/gender (where these are treated synonymously). This definition vindicates change of sex; you get it whenever you get a change in gender identity. The advantage of this definition is that it treats all transwomen the same, because regardless of whether they’ve transitioned surgically, medically, or neither, they’ll all have the gender identity ‘woman’. The disadvantages of this definition are that it doesn’t group all people into sex categories, because not all people have a gender identity, and it replaces an important political category—namely the group of people oppressed in virtue of their being female on the first definition—with another whose political importance is more controversial. Trans people might be marginalised, but not all trans people have a ‘woman’ gender identity; feminine people might be marginalised, but not all feminine people have a ‘woman’ gender identity (there are feminine men and feminine nonbinary people). This is at best a nuisance, because the replaced category have to develop a new term and fight for new legal rights to protect it, and at worst an injustice, because it erases a significant axis of oppression and precludes its mitigation.

In conclusion, there is no satisfactory definition of sex that vindicates the idea that transwomen are female.

A longer version of this article, which gives a fourth definition—a ‘property cluster’ view combining both primary and secondary sex characteristics—is available here.