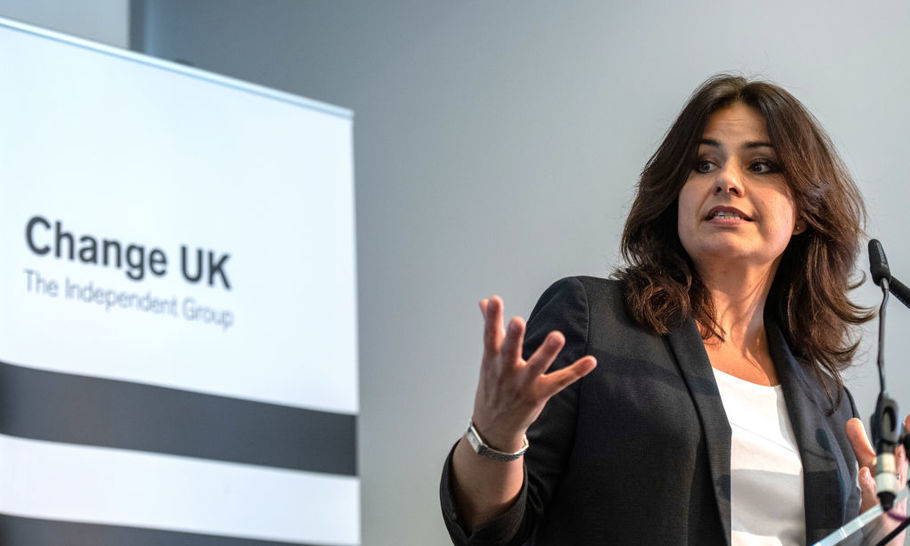 Change UK’s blundersome European election campaign suffered further indignity this week after its lead MEP candidate in Scotland quit to endorse the Liberal Democrats. David MacDonald’s defection means that Change UK has now lost both of its lead candidates in Scotland, after Joseph Russo was forced to quit over offensive social media posts.

MacDonald now believes that it is the Lib Dems that are best placed to lead pro-Remain forces on 23rd May and beyond. This is a serious embarrassment for a party with the ambition to shake up British politics and usurp the Lib Dems as the main force of the liberal centre.

Change UK refused to adopt a cooperative approach with the Lib Dems, and wouldn’t countenance any kind of alliance or non-aggression pact. In fact, they believed that the Lib Dems were finished, permanently tarnished by their time in government, and didn’t want to damage their own reputation by association. That already seems laughable.

Far from being a spent force ripe for replacement, the Lib Dems are sparking into life. Meanwhile, Change UK have stumbled from mishap to mishap, and linger at 2-4% in the polls. The Lib Dem revival in the local elections has been followed by a Euro Election campaign far more effective and competent than Change UK’s.

MacDonald’s decision to quit raises the same question as Rachel Johnson’s inability to name a single Lib Dem policy she disagreed with. The question is, what is the point of Change UK? In his letter to Anna Soubry, MacDonald said that on most issues, and particularly on Brexit, Change UK’s position was indistinguishable from the Lib Dems, and the latter are better placed to succeed. This is ominous – and undeniable.

What a blow for a party which, at its launch just three months ago, was brimming with arrogance. When they finally announced themselves as a new party, they were dismissive of the Lib Dems and the Greens. They were confident of being the leading party of Remain. Now the reality of their situation appears to be diminishing their ambitions: rather than claiming to be the Remain leading light, Chuka Umunna now says his party is ‘focusing all [our] efforts on adding to the Remain vote in the UK’.

The reality is this: they totally botched their launch, giving a masterclass in bad political branding, communication and marketing. They repeatedly shot themselves in the foot with bizarre name changes and terrible use of social media. They ducked the first by-election that came along. They’ve added to a sense of disunity and incoherence on the remain side. They have shown nothing that makes them look like a viable, long term prospect for electoral success. They are polling similar numbers to UKIP, an openly racist party, and the regional distribution of their vote share suggests they’ll be lucky to gain one MEP. A disappointing performance at the European Elections may be a fatal body blow to this stalling movement.

They have badly underestimated their competitor. The Liberal Democrats have a serious ground game. They have an army of activists and councillors, established institutions, 11 MPs, reams of voter data, and a reputation far more robust than Change UK realised. If the received wisdom of the Liberal Democrats reputation being irrevocably damaged is untrue, then Change UK may not have a future. Especially if they continue as they are.

Perhaps the lesson to learn from David MacDonald’s defection is that Change UK must now accept defeat and merge with its competitor. After all, if the Liberal centre is going to take the fight to the populist left and right, it needs to be united.