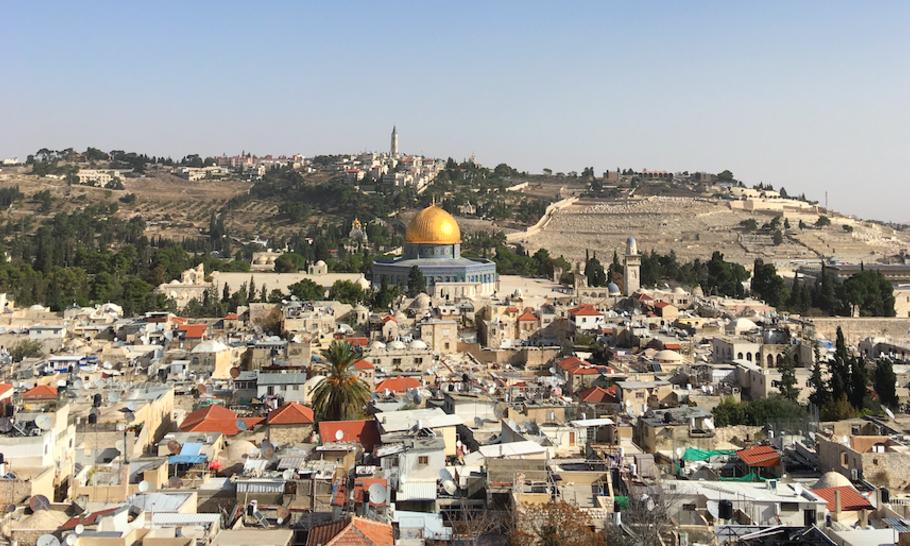 Brokering one “peace” agreement between a Gulf country not actually at war with Israel in the run up to a Presidential election could be described as fortunate timing. Brokering two starts to look like a policy.

Until now, conventional wisdom held that “normalisation” of relationships between Israel and Arab States would only follow a resolution of the issues between Israel and Palestine and a conclusion to the Middle East Peace Process. The agreements signed this week between the UAE, Bahrain and Israel break that decades old taboo. While they are not principally about the peace process, the UAE making clear that its initiative was designed to prevent the further unilateral annexation of territory by Israel, and to keep alive a two state solution. Will it help deliver that?

I’ve been following Middle East peace initiatives for forty years, and I have visited frequently, with groups representing partisan interests, and none. As Minister for the Middle East I tried to be even-handed in terms of support and criticism towards both the Israeli Government and the Palestinian leadership. It is not impossible to wish for the best for Israelis and Palestinians, and mean it.

But time has made this harder, and hearts have become harder too. Optimism has been dashed so often, as grinding politics has sometimes been seen as more of a priority in Ramallah, Gaza and Jerusalem than the desire for peace.

During all those years the peace process carried on, but foreign ministers would tell journalists that it became more and more formulaic. Arab States stopped making it a serious element of bilateral discussions. The Quartet — the UN, EU, US and Russia — has simply disappeared. Political paralysis ran the risk of simply cementing an unacceptable status quo for the populations of the West Bank and Gaza, while Israel became steadily more insulated from the consequences of its domestic policies, caring only about what support it could gain from the United States.

Out of this grey background came the impossibly one-sided January 2020 plan from President Trump with the Palestinians excluded, and we seemed set for the alarming possibility of a new unilateral “annexation” of land by Israel in July. A poor reception from world powers and a US rethink, made that impossible. And then, unexpectedly, came something else, the UAE/Israel Agreement, the Abraham Accords, joined this week by Bahrain: the first Arab/Israel agreements for well over twenty years.

Whatever the scepticism, and whether prompted by the impossibility of the Trump plan or not, the fact that there are now two agreements gives them status in their own right. These new facts cannot be ignored. Whatever the historic anguish over Palestine, it reflects a realisation amongst Arab State leaders that, as Tom Friedman of the New York Times put it, “the past can no longer be used to bury the future”.

In the years of peace process paralysis, things have moved on. There are new dangers, new risks and new coalitions. States have been talking to each other about these challenges and Israel has been in the conversation. The unending exclusion of Israel in the Middle East, ironically partly because of a less engaged US, cannot be contemplated. Something had to give.

Dr Anwar Gargash, the experienced and wise Minister of State for the UAE, said recently of the issues between Israel and Palestine that the solutions available thirty years ago are simply not available now, and that politics follows events on the ground. Had annexation gone ahead, he said, a two state solution would have been lost. He believes the door has been kept open.

We should take him at his word — the current agreements do not end what most Arabs on the street still feel is fundamental: a just settlement of the historic issues, of land, statehood, Jerusalem and rights for Palestinians. Israel’s existence and place in the region is now effectively secured not just by the Americans, or the rest of the non-Arab world, but by Israel’s neighbours.

It is time for those who wish violence against Israel and its destruction to end their war. It is time for the US to call in some favours from PM Netanyahu. It is time for many friends, like the UK, to say to the Palestinian leadership in Ramallah, which has recognised and worked with Israel, that the legacy of peace and statehood for your children and grandchildren is still obtainable if you talk again, and that we will continue to work with you for that resolution which will mean that all has not been in vain.