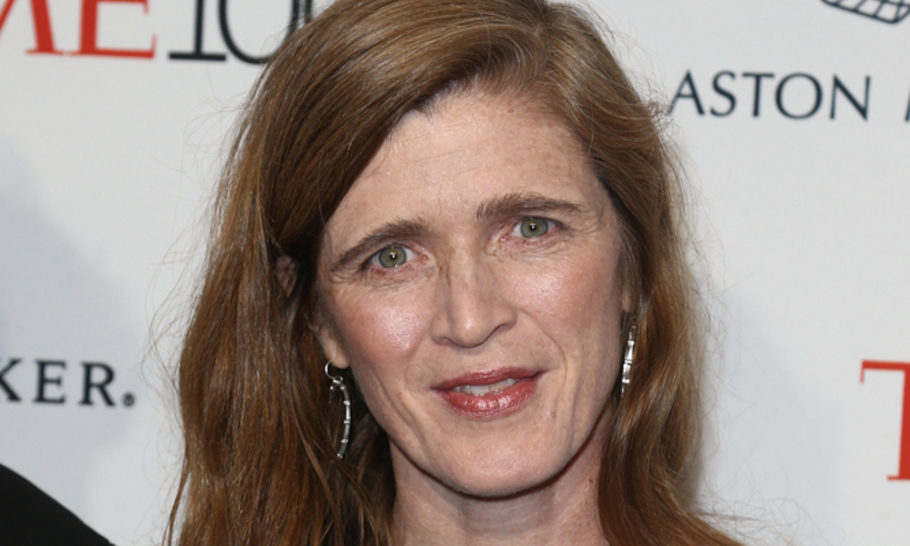 Human rights concerns are once again playing a major role in United States national security policy. After having been totally ignored in the four years of Trump’s chaotic presidency, these concerns are slowly eating away at American relations with many of its erstwhile allies and partners. This is especially the case in the Middle East, but is true elsewhere as well.

Ever since Woodrow Wilson sought to impose his starry-eyed vision of international comity not only on his own country but worldwide, the United States has veered between his approach and that which prioritised hard-headed realpolitik, initially associated in the 19th century with John Quincy Adams. Henry Kissinger, James Baker and George H W Bush all conducted American policy with a huge dose of clear-eyed realism. To some extent, so too did Bill Clinton, who refrained from any serious American effort to prevent the 1994 Hutu massacre of Tutsis in Rwanda and only reluctantly committed American forces to defend Bosnian Muslims who were being slaughtered by Bosnian Serbs.

On the other hand, idealism drove the national security policies of Jimmy Carter in the late 1970s, Clinton’s Secretary of State Madeleine Albright some 15 years later, and George W Bush and Barack Obama in this century, though each had a different notion of how to pursue their common vision. Carter elevated human rights issues to a major American policy priority, but took little action to pressure other countries to protect the rights of their citizens. Albright could not overcome Clinton’s hesitancy on Rwanda, but eventually did so with respect to Balkans. She also articulated the concept of “Responsibility to Protect”, which had a major influence on Clinton’s successors. Bush and Obama may have had little in common, but both committed American forces to the overthrow of oppressive regimes, respectively in Iraq and Libya, acting upon the liberal interventionism that Albright had articulated.

Joe Biden never has been viewed as a starry-eyed idealist. Yet his Administration is being increasingly populated with advocates for taking strong stands on human rights issues, though not like Bush or Obama through the use of force. Samantha Power, Ambassador to the United Nations under Barack Obama and now recently confirmed by the Senate to serve as Administrator of the Agency for International Development, is perhaps the best-known figure of this group, having authored the Pulitzer Prize winning “A Problem from Hell”: America and the Age of Genocide. Human rights advocates are increasingly vocal in the Congress as well. Another Obama era veteran, Tom Malinowski, former Assistant Secretary of State for Human Rights and Democracy, is now one the more outspoken members of Congress on human rights issues.

The Biden Administration’s decision to elevate human rights to one of its signal priorities promises to further exacerbate America’s increasingly fragile relations with many of its erstwhile allies and partners, while aggravating rather than reducing tensions with major adversaries. At the same time, it is those adversaries who will capitalise on the growing alienation between America and its friends that will result from human rights policies which, short of war, rarely succeed, even with the imposition of economic sanctions on the offending state.

America’s determination to reduce its Middle Eastern presence has already prompted nervous regional allies to look elsewhere for support. The Administration’s emphasis on human rights will further alienate the Gulf states in particular, as well as perhaps Morocco, Jordan and even Israel. The reality is that no state in the Middle East has a clean human rights record. Israel may call itself a democracy, and so it is, but its treatment of the Palestinians on the West Bank has tarnished its democratic reputation. Indeed, the increasingly influential radical Left-wing of the Democratic Party has focused specifically on what it deems to be Israeli human rights violastions, to the exclusion of the far worse records of, say, China or Russia or even Iran.

The Biden team’s criticism of Israel has been rather muted, however. On the other hand, its relations with Turkey and Saudi Arabia in particular, and to a lesser extent Egypt and the United Arab Emirates, are considerably cooler than they were under Donald Trump.  Biden’s recognition of the Armenian Genocide on April 24 drove Washington’s relations with Ankara, which had already soured during the Trump years, from bad to worse. That is not to say that Biden was wrong to recognize the Genocide. Such recognition was long overdue, and, unlike previous candidates who promised to note officially the extermination of some 1.5 million Armenians, Biden actually kept his word.

It is noteworthy that it was only on the day before his announcement on the Genocide that Biden spoke to his Turkish counterpart, Recep Tayyip Erdogan, for the first time since he had entered the White House. Erdogan has an abysmal human rights record. According to the State Department’s most recent human rights report, the Turkish autocrat has jailed tens of thousands of journalists, civil servants, and human rights advocates. Indeed, only weeks before Biden’s speech, Turkish authorities rounded up and arrested ten former top naval officers whom they accused of organizing a statement, signed by over 100 naval officers, in support of the Montreux Convention, from which Erdogan has suggested he might withdraw.

Turkey’s determination to field the Russian-made S-400 air defense system even in the face of American opposition, while supporting both Hamas and the Muslim Brotherhood, along with Erdogan’s occasional anti-Semitic remarks and general hostility toward Israel (and Egypt), has created an unusual Washington alliance that is arrayed against him. In addition to the Democratic human rights advocates, whose attitude toward Israel is at best lukewarm, Erdogan has alienated Republicans precisely because of his negative attitude toward Israel, as well as his cosy relations with Vladimir Putin. Jewish-American groups are likewise antagonistic toward the Turkish President.

Washington’s relations with Saudi Arabia, now led by Crown Prince Mohammed bin Salman (MbS), may even be worse than with Turkey. When the intelligence community’s report implicated the Prince in the brutal murder of the journalist Jamal Khashoggi, it confirmed what was already common knowledge. Indeed, many progressives criticized the Biden Administration for not going far enough; they argued that he should have explicitly condemned and sanctioned MbS. To that end, draft legislation before the Congress, which lists Tom Malinowski as one of three co-sponsors, would prevent the Crown Prince from entering the United States.

Republicans have joined Democrats in pointing the finger at Riyadh’s human rights record, both internally and especially in Yemen. Two years ago Trump vetoed a bipartisan resolution that would have halted US support for Saudi Arabia’s military operations against the Houthis in Yemen. Now Biden has reversed Trump’s policy, bringing American involvement in Saudi offensive operations to an end.

While Riyadh generally was silent in response to Biden’s announcement, it is not at all surprising that the Saudis, like Turkey, are hedging their bets on Washington. The Kingdom is negotiating the acquisition of the Russians S-400 system, thereby running the risk of triggering American sanctions. In addition, MbS has declared that Saudi Arabia no longer seeks the overthrow of the Iranian regime. While the latter move might indicate a hint to Washington that Riyadh will not actively fight against a renewal of the JCPOA nuclear agreement with Iran — as Israel has already begun to do — an equally if not more likely explanation is that Riyadh is hedging against the drawdown of American forces in the region.

After considerable debate and hesitation, the Biden Administration approved the sale of F-35 aircraft and drones to the United Arab Emirates. These arms sales had been an adjunct to the signing of the Abraham Accords between the UAE, Bahrain and Israel that the Trump Administration had negotiated. Nevertheless, the Emirates have also come under Congressional criticism for their role in Yemen — that was a major reason for the holdup on the F-35s — and they are in the crosshairs of progressive Democrats because of their human rights record.

Not surprisingly, therefore, the Emirates are also hedging their bets on America, despite the presence of about 5,000 American troops on Emirati soil. Their hedge against American loss of interest in the region is expressed in a “strategic relationship” with China.  Beijing has invested more than three billion dollars into Emirati infrastructure, including the port of Jebel Ali, which is a major liberty stop for US Navy warships. The UAE is installing Huawei’s 5G system, which will complicate American military communications and logistics. Abu Dhabi is cooperating with China on artificial intelligence, and has also made some relatively small acquisitions of Chinese military hardware.

In his April 28 speech to a Joint Session of Congress, Biden asserted that “no responsible American president can remain silent when basic human rights are violated”. It was obvious that, like many in Washington, he particularly had China and Russia in mind. Indeed, Biden stated that he told Xi Jinping that “America won’t back away from our commitment to human rights and fundamental freedoms”. Meanwhile his team has highlighted and condemned Moscow’s treatment of Russia’s opposition leader, Aleksei Navalny.

Of course, there are other Nato leaders, notably Viktor Orban, whose autocratic behavior rivals Erdogan’s. Although the Administration has not been as vocal about Hungary and other Nato allies, apart from Turkey, human rights advocates are certain to step up their criticism of Orban and others as well.

It may well be that the Biden Administration will build upon America’s current long list of sanctioned countries and individuals. Sanctions against states have generally not achieved their objectives, with the possible exceptions of the sanctions against Rhodesia (now Zimbabwe) and South Africa. Sanctions against individuals tend to be effective, but only if those persons hold assets in the United States, or wish to travel there. In other words, the power of sanctions is rather limited.

Since going to war over human rights does not seem to be part of the Biden playbook, it is unclear how exactly those who advocate for human rights will be able to do much more than to marshal international opinion in order to embarrass autocratic regimes. There are some indications that MbS might respond, at least to some extent, to pressure from Washington. Whether Putin, Xi, Erdogan or even Orban will take much notice, is however, an open question.