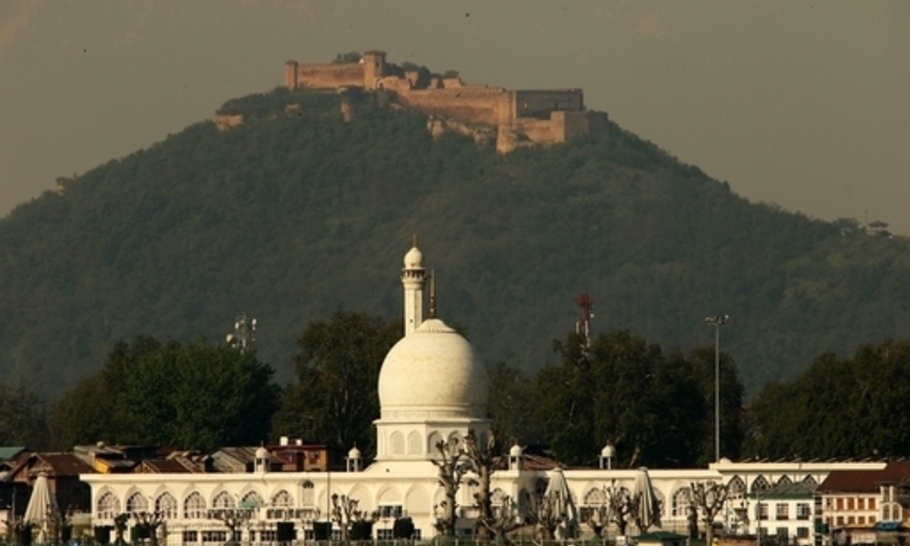 If there is one word of advice anyone might give to an incoming Labour leader and a new shadow cabinet it would be to handle the Kashmir question with extreme care. Kashmir is pure political poison for Labour. The party has a big share of the approximately 1.5 million British voters of Pakistani heritage. Most identify very closely with the cause of Kashmir.

Now Keir Starmer has lit the blue touch paper after a meeting with Labour’s pro-Delhi supporters. Sir Keir has told Labour’s Friends of India lobby group that, “Any constitutional issues in India are a matter for the Indian Parliament, and Kashmir is a bilateral issue for India and Pakistan to resolve peacefully.”

Many, at first sight would nod in agreement. But in Labour heartlands, Kashmir is ultra-sensitive. In late summer 1995, the newly appointed Labour Shadow Foreign Secretary, Robin Cook, who had very little knowledge of the Kashmir dispute  went to address a meeting of the Indian community. He did so on condition no-one mentioned the “K” question. But the organisers betrayed their promise as the first question to Cook was on Kashmir. Without thinking he replied: “The position of the Labour Party on Kashmir is that it is a part of the Indian state. And the resolution of the present issue in Kashmir is an internal matter for India.”

The heavens fell in. Anti-Cook marches were organised in Birmingham and suddenly Tony Blair was faced with the “Kashmiri vote”, which Labour took for granted, evaporating fast. I drafted an emergency resolution for the Labour Party conference which smoothed away Cook’s gaffe.

It was not difficult. The key UN resolution going back to the Indian invasion and occupation of Kashmir in the confusion of the murderous partition of India and Pakistan, said that the future of Kashmir should be decided by the people of Kashmir in a referendum.

It was a safety first position, which placated British Kashmiris who wanted a much stronger pro-Kashmiri position from their Labour Party. It was also acceptable to British Indians who may not have liked the idea of a UN referendum but knew it would never be held.

The 1995 Labour conference resolution described Kashmir as an area “bounded by” India and other countries and declared Labour “believes in” the UN resolutions that called for a plebiscite.” Cook’s shadow ministers fanned out to say the views of the Kashmiri people expressed in a referendum must be paramount.

Now the new Labour leader has over-turned that 25-year-old policy. As with supporters in Britain of Israel and supporters of Palestinian rights, it is impossible to bridge differences, especially when supporters overseas, including in Britain, are often more passionate about the issues than people living on the ground.

Kashmir is sill under Modi’s de facto state of emergency, with protests and free journalism banned. But in Britain’s Kashmiri communities, every home tunes to Pakistani news media or reads the UK editions of  the Daily Jang or Dawn which report — from a Pakistani point of view — the anger of Kashmiris over Modi’s nationalist Hindu take-over.

All British parties have both pro-Kashmiri and pro-Indian camps. Boris Johnson’s cabinet is seen as tilting towards Indian heritage Brits, with Riski Sunak, Alok Sharma and Priti Patel seen as representing the that bloc in British politics.

The Tories’ most senior Muslim, Sayeeda Warsi, the former Chair  of the Conservative Party, a Bradford-born Kashmiri, has been sidelined. The Tories’ most prominent Kashmiri-origin politician, Sajid Javid, was fired as Chancellor because he refused to bow low enough to Boris Johnson. His replacement, Rishi Sunak, is a observant Hindu. Labour has twice as many Kashmiri MPs as the Tories plus the UK’s best known non-Westminster Kashmiri politician, Sadiq Khan.

It is too simplistic to say that all Kashmiri Muslims or all Indian Hindu voters tilt Tory or Labour based on their heritage or on the single issue of Kashmir.

But unless you have been an MP dealing with Kashmiri voters you may not understand the passions Kashmir arouses. Sir Keir’s statement is judicious but if Labour now insists that Kashmir is an internal Indian position for New Delhi and Indian MPs to decide, the party is be storing up trouble.