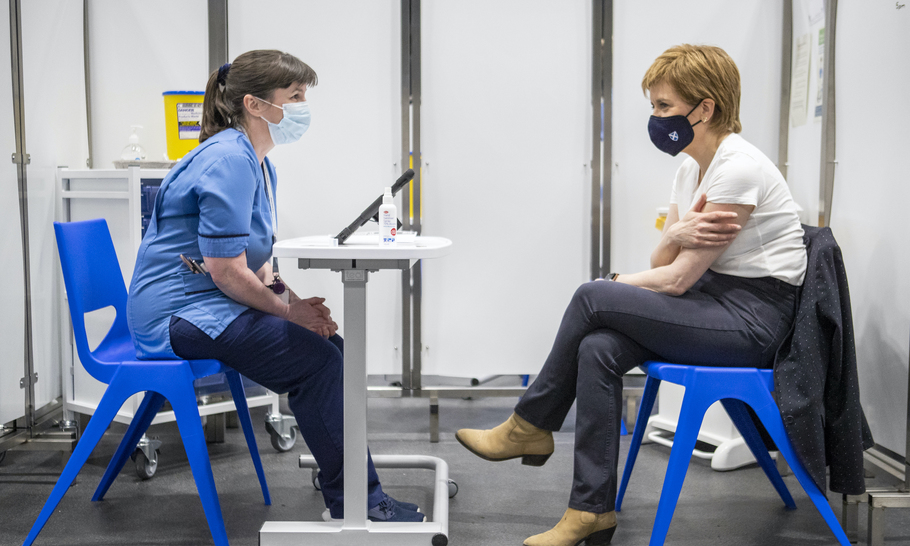 I have seen some political upheavals in my time. From being elected in the Tory landslide of 1983, to losing my seat in 1997 and being Iain Duncan Smith’s Parliamentary Private Secretary in 2002 when it seemed Labour would govern forever, to now, when the same is said of the Conservative Party.

The point is that nothing lasts forever, but none of these transformations came about simply by the passage of time. They reflect not just the need for political parties to listen, lead and change but that the UK political character now illustrates the speed of change we have become used to in almost every other facet of life.

The 2016 Brexit campaign had not so much divided Britain as exposed divisions which were already there, notably the sense of loss and abandonment among sections of the community. It is genuinely remarkable how the Conservative Party, having been in office throughout this tumultuous period, has once again sufficiently reinvented itself to have become the party in England which has best been identified not with the problems behind the division, but with recognising and interpreting them.

At the same time, the SNP has equally remarkably consolidated its position in Scotland, sweeping away Labour, and overcoming the potentially fatal loss of the Independence Referendum in 2014. The result is the forthcoming struggle between the irreconcilable beasts of a Tory Unionist England and a Nationalist SNP Scotland, with the prize of either an independent Scotland or a refreshed United Kingdom as the outcome.

For the sake of transparency, let me declare my interest. I am a Scot, with a father from Fife and a Dundonian mother. But I am also a first generation Englishman, born and raised in Lancashire, who represented proudly two English constituencies in Parliament — so I am British to the core, and my commitment to the United Kingdom is therefore predominant. But an exiled family can have a useful perspective, slightly detached but engaged.

Nicola Sturgeon has commented that it is a matter of “when, not if” for another referendum, and it is clear she also means “when, not if” for independence. I’m not so sure. There is little to suggest that the question does not remain one which equally divides Scottish voters. This situation is familiar over the course of many years, as are the arguments. So what has changed in the light of those results last week?

First, Scotland’s Conservative vote did not collapse with the loss of its charismatic leader Ruth Davidson, as many had predicted. It bettered its vote share of 2016, won as many MSP seats, and consolidated its position as the main opposition to the SNP, outpolling Labour again. The Tory of 2002 would have marvelled at this. Everyone knew what last week’s election was about in Scotland, and the main Unionist flag carrier did not crumble, suggesting a continuing resistance to independence, while at the same time promoting a programme to counter the long and very uneven spell in Government which the SNP will be continually asked to account for.

Second, I think there may be a misjudgement of Boris Johnson in Scotland. It is true that Margaret Thatcher was a recruitment sergeant for her opponents in Scotland, but with what was sometimes quite blind hatred came a wilful, and politically insulting, failure to understand her appeal to many. The same is true with Boris Johnson. While some are baffled by his appeal, and time is wasted on trying to construct an Old Etonian bogey figure, there is scant analysis of why he is being successful at the polls — the analysis of the marginalised and the commitment to deliver to do something about it. If it works in England, it may well begin to work in Scotland also, especially contrasted with a Scottish Government which has rather gotten away with domestic failures up to now.

And third, the pandemic. The SNP will not escape scrutiny for its handling; nor will the UK Government, and mistakes have been made by all, but only one Government is responsible for the vaccination success. Few Governments have the opportunity to be in at the start of such a crisis and see it through to be judged. If the vaccination success is built upon, with a new economics of public investment allowing spending on a scale difficult to quibble with, and a one nation commitment to a “levelling up” agenda, it is not easy to see the room to argue that the UK is a tragedy to be walked away from.

Two things would assist the Union argument. A recognition that the United Kingdom is not all about money, but values, is key. It might be difficult to disentangle trade and economics, as was Brexit, but that does not matter to proponents. The values argument must be matched with what the Union has meant these many hundreds of years.

And further, the Conservative Party must do all it can to overturn that disastrous opinion poll of its members a couple of years ago which indicated that they did not care about the United Kingdom, so long as they left the EU. Such a view is poison. We have left the EU; it really is time to care about something more than England in these islands.