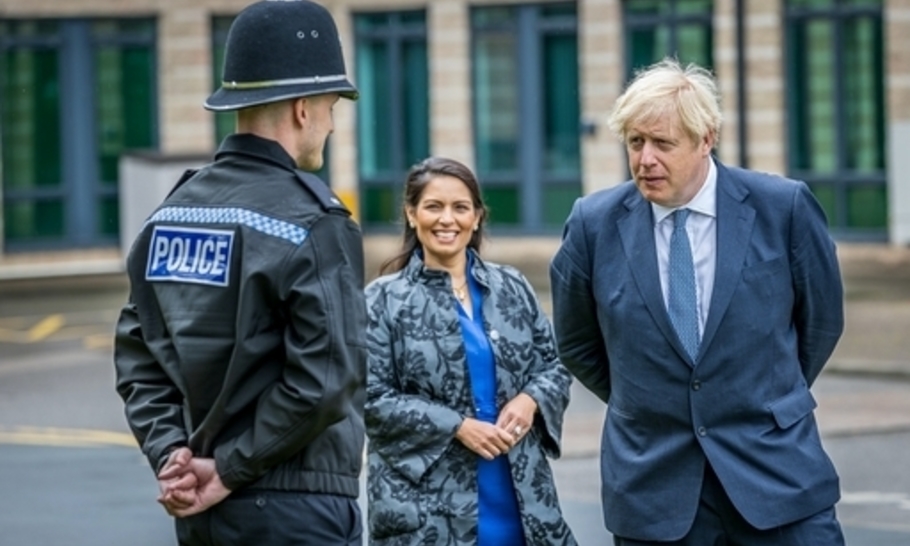 A problem shared is problem halved — except when it comes to illegal immigration. That is one issue we can be sure over which Boris Johnson and Joe Biden have not been shooting the breeze in Cornwall. Both leaders are more at home with grand rhetoric about the values embodied in the Atlantic Charter than tackling the grim reality of how to deter desperate people from crossing America’s southern border or sailing across the Channel.

Instead, both men have delegated the dirty work to a woman: Kamala Harris, the Vice President, in the US and Priti Patel, the Home Secretary, in the UK. Both women are having a torrid time of it. They may talk the tough talk, but the migrants keep walking the long walk. (Or, in our case, braving the waves.)

The failure to stem this human tide is breeding something which I first identified when the West started talking about a migration crisis some years ago: border anxiety. People worry about their borders regardless of the absolute numbers of migrants. What matters is the relative number: is it rising? By definition, nobody knows exactly how many illegal migrants are slipping through under the noses of the authorities, but we can count how many are caught. The figures have been sharply increasing in both countries.

In the past fortnight, 1,700 have reached British shores, bringing the total to almost 5,000 so far this year. This number may be a vanishingly small fraction of our population of more than 67 million, but “vanishing” is the operative word: once here, they are seldom identified, let alone deported. According to a ministerial source, the Prime Minister is reported to be “frustrated” about the inability of officials to get a grip on the influx — and he is running out of patience with the woman in charge. “What the fuck is the Home Office doing? When is she going to sort this out?” A large proportion of the migrants, many of whom are trafficked by gangs, pose as children in order to claim asylum. Priti Patel has a new Bill in the pipeline which will reduce the age at which they can do this: at present they only need to “appear” to be under 25; in future it will be 18.

Even so, questions are being asked about whether the Home Secretary is “actually running the Home Office”, or has lost authority as a result of the bullying scandal that was brushed under the carpet last year. In particular, officials from Border Force — the agency that polices the Channel — have been given a rough ride by Ms Patel after straying into French waters to pick up migrant boats, causing an embarrassing diplomatic incident.

If this all feels somewhat déja vue all over again, that is because it is. A decade ago a previous female Home Secretary, Theresa May, introduced the “hostile environment” in an attempt to get tough on illegal immigration. That policy eventually resulted in the Windrush scandal, which brought down Mrs May’s successor Amber Rudd — yet another woman in the hot seat.

If Priti Patel ever wonders whether she has been given a poisoned chalice, she should swap notes with Kamala Harris. The Vice President is caught between a rock and a hard place: between the liberal wing of her own Democratic Party, which demands a decisive break with the harsh border regime of the Trump era, and the majority of Americans, whose border anxiety is exacerbated by fear of the organised crime south of the border that makes the alarming US murder rate pale by comparison.

The numbers flowing in via the Mexican border dwarf those crossing the Channel. So far this year, 711,784 migrants have been apprehended — a fivefold increase. The President did not help Ms Harris when he promised to stop the Trumpian policy of child deportations (which involved holding minors in cages) and offered free healthcare. There was an instant surge in child migration, bitterly condemned by the Mexicans themselves. “Do not come. Do not come,” the Vice President warned. But they have kept coming.

The lesson of all this is that democratic leaders (especially Democrats) cannot absolve themselves of responsibility for illegal immigration by putting the onus on the nearest available virago. Even Margaret Thatcher, the Iron Lady herself, struggled with the problem, although the numbers in her day were incomparably smaller. Migration is, in part, a function of knowledge: the burgeoning populations of the Southern Hemisphere are more aware of the possibilities, transport has got easier and those who profit from this lethal trade are adept at staying one step ahead of the authorities. Border anxiety is the other side of this coin: ubiquitous images of incoming migrants feed our sense of losing control. Both Prime Minister and President should step up to the plate and give the problem their full attention. It won’t do to blame the women. On migration, the buck stops with Boris Johnson and Joe Biden.