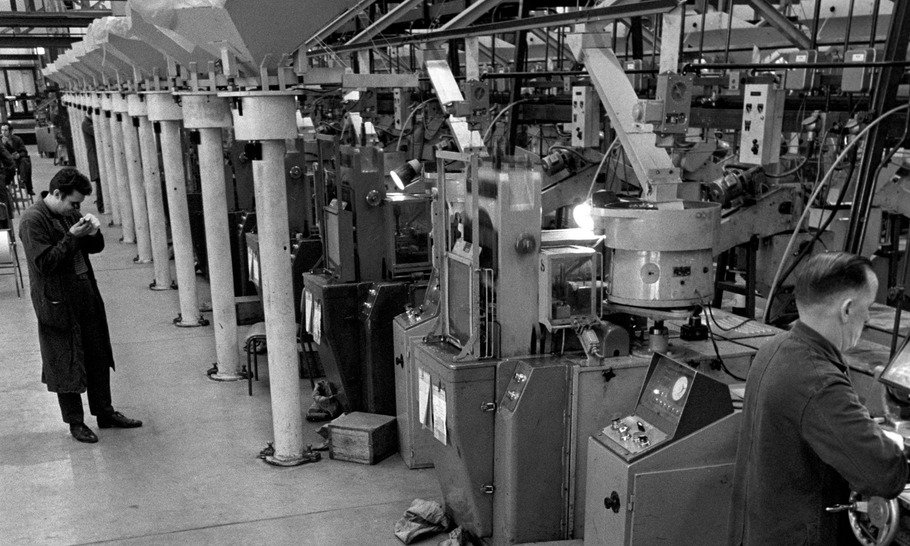 More than anything else, the result of the 2019 general election highlighted the huge divide between London and the rest of the UK. Government policy is now heavily focused on trying to close the gap.

The scale of the chasm to be bridged is clear. In 2017, Gross Value Added per head of the population in London was £44,000. In Wales and the North East, it was well under half this figure, at barely £20,000. Productivity is catastrophically much lower in the regions than it is in London, too.

Looking at national figures, the UK has a balance of payments deficit which averages about £100 billion every year. London, however, according to the Greater London Authority, has a surplus of at least £50 billion. This means that the rest of the country, with a deficiency of £150 billion and total GDP of about £1.5 trillion, is running at a 10 per cent deficit. Clearly some cities outside London – such as Oxford, Cambridge, Manchester and Bristol – show every sign of holding their own, but this means that other areas are doing even worse.

Running at a deficit of 10 per cent – or probably 20 per cent and even more in some areas – means that our purchasing power is constantly drained away. To some extent, this can be offset by the tax and benefit system and by other redistributive policies, which is why the difference in disposable income per head compared to London is less than output per head. But there is still a huge gap.

The government’s response is to step up investment in the regions, to spend more money on education and training, and reverse some of the cuts to public expenditure on services provided by local government, the police force and others. These sorts of policies may do some good, but unfortunately they will do little to tackle the real problem. The fundamental reason why so much of the UK is in a distressed state is that it just does not have enough to sell to the rest of the world to pay its way. This is why these parts of the country have such large deficits.

What could these areas supply? Services such as tourism can help almost everywhere. Universities can charge foreign students. Other service industries can make a contribution, but services are difficult to sell in enough volume and are therefore on their own never likely to be sufficient. The only real solution is manufacturing — a lot more of it.

In the 19th century, when the UK was the workshop of the world, the North of England used to be more prosperous than the South. Even as late as 1970, almost a third of our national income came from manufacturing. Today, it’s less than 10 per cent, leaving large swathes of our erstwhile industrial heartlands deprived of good, steady productive jobs, deprived of the productivity improvements which are so much easier to secure in manufacturing than they are in services, and deprived of anything like enough to pay their way in the world.

So, what is to be done? The answer is that we need to reindustrialise – at least enough to stop our economy becoming even more unbalanced. Because we are better at selling services overseas than almost any other country, we don’t need to get back to the 20 per cent of GDP coming from manufacturing that successful developed economies, such as Singapore, Switzerland and South Korea, manage. We do, however, need to aim for something like 15 per cent. Even that would be a 50 per cent increase on our current 10 per cent.

But the crucial question is: how are we going to do it?

We have to make it more profitable to site new industrial plant in the UK rather than elsewhere – and this has to include medium- and low-tech industries as well as high-tech ones. Some of this can be done by making the tax system more favourable, such as generous capital allowances, or by making energy prices lower, and of course better infrastructure and education provisions, but on their own, these approaches are very unlikely to make a massive difference.

One reform would change the profitability hurdle rates for manufacturing much more dramatically, thus shifting sharply upwards the percentage of GDP spent on investment, especially on the most productive kinds, such as machinery, technology and power. This reform would be to run our economy with an exchange rate which suits manufacturing rather than services – maybe $1.00 rather than $1.30 to the pound sterling.

The way to get manufacturing back is to make it super-profitable. The problem is that this approach, even if it is right, runs clean contrary to the UK’s prevailing conventional wisdom.

So, are we going to make a big move in this direction? There is reason to hope that despite inevitable opposition, we will. But probably we won’t. In the latter case, we need to resign ourselves, whatever else is done, to an ever-widening gap between London and the rest of the country, with all the economic, social and political problems which this will bring in its train.