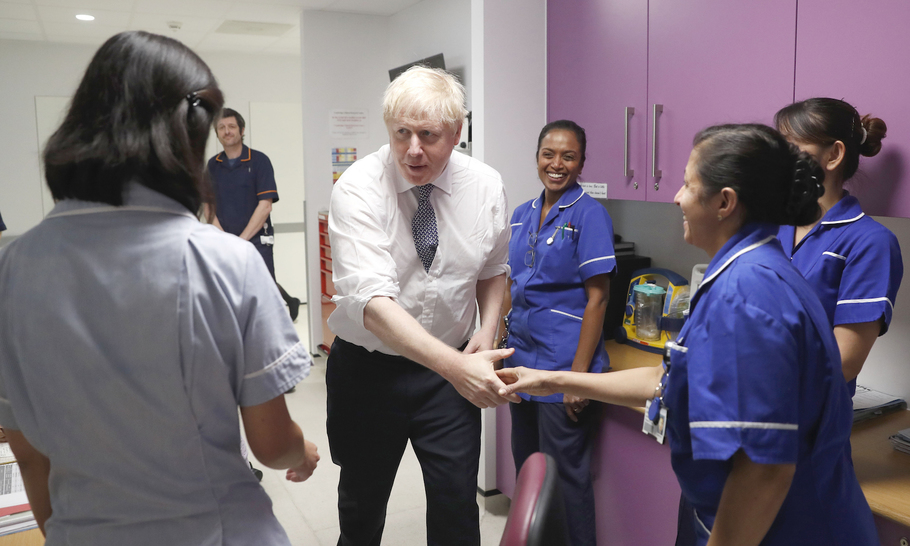 There is much to dislike in the immigration reforms announced by Home Secretary Priti Patel this week. I would say that though. One of the main reasons I voted Remain in the 2016 referendum was because I support free movement. I love travelling easily through the EU and the idea that I would be able to work in another country, should I so wish. I was happy that EU citizens could enter the UK in the same way. Furthermore, to pretend that the only people coming here are ‘low-skilled’ is beyond patronising. The same is true, by the way, for those who come to the UK from outside the EU. Ultimately, I believe immigration benefits the UK economically and culturally, and those wanting to make their lives here should broadly be welcomed.

However, some of the hyperbolic responses to the announcement this week have stretched reality. Such reactions are barely different to the government trying to claim both that unemployment is at an all-time low and that there are eight million “economically inactive” Brits waiting to take the jobs that will no longer be filled by those moving here.

It is a typical trait in an age in which emotive, fact-free, Facebook posts get spread far and wide, and an angry tweet can attract thousands of share and responses. Columnists, too, can play to the gallery, neglecting nuance for clicks.

One of the most pervasive myths from this week has been that it will mean we won’t be able to bring in NHS staff from abroad. The reality is, as usual, more complicated.

Indeed, it appears that the new system has been designed to make sure that staff for the NHS can still be recruited. If someone wishes to enter the country they must earn 70 points, based on a number of criteria. The three ‘untradeable’ elements are: the offer of a job by an approved sponsor (20 points,) that job being at appropriate skill level (20 points), and the person applying speaking English at an appropriate skill level (10 points). That brings the applicant to 50 points. If the job they’ve been offered has a salary of between £23,040 and £25,599 they get a further 10 points. If the job is in a pre-defined ‘shortage occupation’ that’s another 20 points. Seems pretty clear to me that most wishing to work in the NHS would get 70 or 80 points.

Indeed, that is the case, according to NHS Employers, which is part of the NHS Confederation, It found that pharmacists, paramedics and physiotherapists would all be able to earn either 70 and 80 points. It also noted that “NHS salary thresholds will be based on nationally agreed pay scales,” for which details will follow. There are already currently exemptions to salary thresholds for nurses, temporarily extended when Sajid Javid was Home Secretary. Nurses also often enter the NHS at what is known as ‘band 5’, which has a starting salary of £24,414 (10 points). If nursing was defined by the Migration Advisory Committee as a shortage occupation, that would be another 20 points. There are many frustrations within the proposals, but it seems unthinkable to me that the government would be so stupid as to not make sure entering nursing in the NHS, would earn someone otherwise qualified, the remaining points.

That said, one of the many areas in which there is massive grounds for objection to this new plan is the ability to recruit healthcare staff working outside the NHS, particularly in social care. Because the new system will not offer visas to so-called low-skilled workers, from January 1 2021, it will not be possible to recruit people for social care support worker roles from outside the UK. However, Senior Social Care workers will still be eligible. There is no planet on which I would call someone working in social care, at almost any level, low-skilled. It seems totally ridiculous to me that, given the ongoing and worsening social care crisis, the government would make recruiting people to this vital sector more difficult.

After Priti Patel unveiled the plan, think tank IPPR found that the reforms would have left 66 per cent of health and social workers from the EU, currently working in the UK, unable to do so if it had been in place when they emigrated. What is more, Dame Donna Kinnair, Chief Executive and General Secretary of the Royal College Nursing said:

“We are clear that maintaining arbitrary salary thresholds will not enable health and social care services in the UK to recruit and retain the number of staff needed to meet the needs of the UK’s population.”

It’s hard to disagree with that. UK citizens may eventually be trained up to fill such roles, but in the short and medium term the proposals as they stand are totally self-defeating. They will need changing, and fast, if the government doesn’t want an even greater flow of horror stories coming from within social care.

So oppose the government’s immigration plans by all means. I do. But do so on the basis of reality.