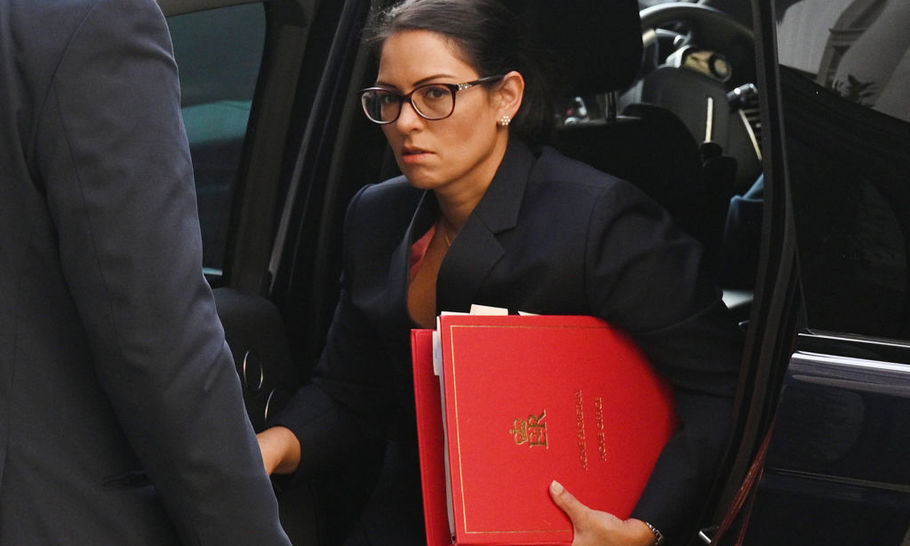 Priti Patel has all but declared war on refugees and asylum seekers . To emphasise her resolve she has also taken a swipe at those who aid and abet them: human rights lawyers and other do-gooders. They, she implied, are the enemy within and they need to get out of the way. Boris Johnson is standing shoulder-to-shoulder with his Home Secretary and her rhetoric.

The language has provoked outrage — as it was intended to. The first rule in the Cummings manual on roughhouse politics is, when confronted with criticism, don’t back down — double down. As Jared Kushner, Donald Trump’s son-in-law and consigliere says of the Tweeter-in-Chief: “Controversy elevates message”.

This is political posturing and we should not be drawn into it. Branding refugees as an existential threat and those who wish to help them as naïve busybodies is a depressingly familiar trope. Instead we should see the impulse for what it is and use it as the starting point for a more humane and constructive debate.

At its more refined, the Johnson/Patel narrative echoes the thinking of Ayn Rand, high priestess of the libertarian right: rational self-interest is invariably better than altruism. Look after number one and the rest will look after themselves. But this is pure agitprop.

Every good drama needs a backdrop that resonates with its intended audience. Where better than the White Cliffs of Dover, symbol of patrimony and national courage under threat. It has now become the frontline, where we finally take control of our borders and our destiny. In August Natalie Elphicke, Conservative MP for Dover and foot soldier in the war against refugees, was videoed standing on a deserted beach. She pointed to a single, abandoned dinghy swaying in the surf. “In this boat,” she said “eight people broke into Britain. This is unacceptable.” Eight.

But numbers are less relevant than the story. For the record, here are a few. In 2019 the UK ranked 17th out of 28 European countries for asylum applications. In the year ending March 2020 the number of asylum seekers in the UK was 35,099, compared with 84,000 in 2002. Of these, less than 1,900 arrived in small boats, nearly all from war-torn countries.

Recently a new twist has been added to substantiate the story that underpins a tough new asylum policy. Boat people, fleeing war and persecution, are as guilty as the criminal gangs that exploit them. Making a dash across the busiest sea lane on the planet in barely seaworthy inflatables is not just irresponsible, it’s criminal. It’s their choice. This makes them complicit. They must therefore be treated accordingly. Confront them mid-Channel and turn them back, or send them for processing to an island in the south Atlantic. House them on a prison ship or an abandoned oil rig in the North Sea. But there will be no tea and sympathy.

Moreover, according to the Patel doctrine, those who advocate a humane and collaborative approach to the refugee crisis are equally complicit and therefore morally equivalent to the human traffickers.

This war is being fought not just on the beaches but in Parliament. A particularly distasteful sight is the government’s move to scrap the existing law that protects family reunions for asylum seekers. Under the Dublin III treaty, asylum seekers (most often children) can be transferred from one EU country to another to join their families. The numbers are tiny.

As it turns out, the government was defeated in the House of Lords on this. But with a large Commons majority it can do what it likes. Lord Dubs, an escapee from the Nazis in Prague pleaded: “We should not abandon our humanity and compassion by removing the right of children to be reunited with relatives here in the UK.” He might have added that by scrapping the Dublin III provision the government is closing down one of the few legal routes open to asylum seekers, which will inevitably drive more people into the arms of traffickers.

The world faces what is perhaps the largest movement of populations since World War II.  Homelessness, injustice, violation of human rights and sexual exploitation have spread like a stain. The casualties of war and persecution are fleeing their homes, clutching a few belongings. Mostly they live in unsanitary, disease-ridden refugee camps in southern Europe where they struggle just to survive. As winter approaches, men, women and children are at the mercy of the elements and prey to criminal gangs.

The vast numbers held in Greece and Turkey, their first stop after Syria or Libya, has raised tensions between the two Aegean rivals that are already at odds over gas exploration claims. Turkey accuses Greece of pushing refugees back while Erdogan threatens to send those in his country on into Europe. Conflict along Europe’s southern borders is in nobody’s interest. But at the same time Turkey and Greece cannot bear the burden of refugees alone.

There are over 21 million displaced persons across the globe. One person out of every 100 is a refugee. More than 7,000 refugees, including children, have drowned in the Mediterranean in the past seven years. This challenge is huge — Britain is not alone. Neither it should be said is Britain alone in bearing some responsibility for helping to create the conditions for this latest exodus, especially after the Iraq War.

Patel’s “war” on asylum seekers is intended as a deterrent as well as political theatre at a time when nothing much is going well for the government.

But in this case, deterrence will not work. If your opponent wants something badly enough they will keep coming no matter the sacrifice or the cost. Flowing water always finds a way.

How we deal with this passing moment in history reflects our values and what we stand for. On a practical level we can help them and help ourselves by developing a mutually beneficial policy. People who undertake these perilous journeys are, by definition, enterprising, courageous and determined. Many are educated professionals.

Let them work. Educate the children. Give them a taste of British values. Protect single women. Collaborate with host countries to improve conditions in camps to reduce the incentive to leave. Accelerate the application process.

The refugee crisis is global. Pretending that it someone else’s problem will not help. It needs a global solution.