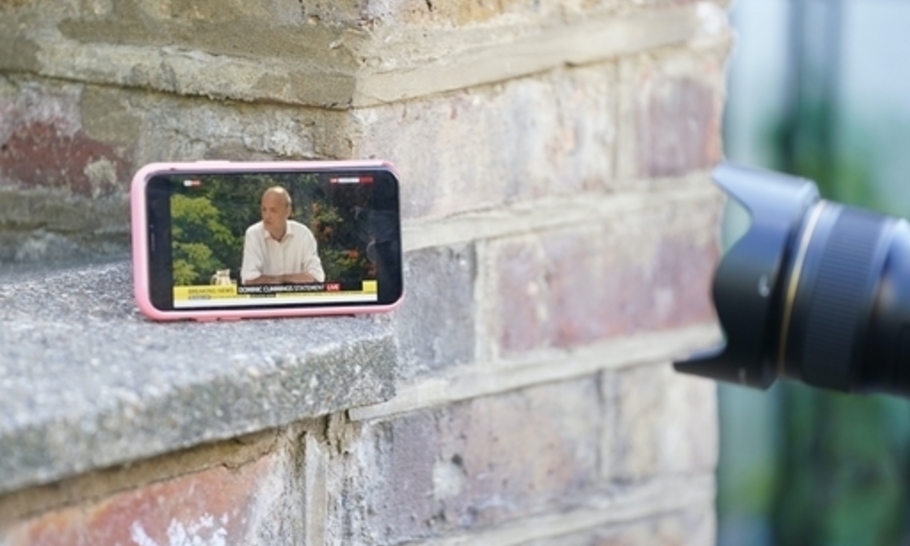 Has the press conference pandemic reached its peak? Let’s hope so. The government daily briefing, in which our betters Power Point us into submission, has changed genre. It opened as the theatre of the macabre. It has become the theatre of the absurd. The most recent catalyst of that transformation has been the media frenzy over Dominic Cummings.

And now Mr Cummings has caught the bug and given a press conference of his own. Why? Apparently, he was trying to put to bed claims that he was spotted, post-quarantine, in Durham. We have reached the summit of Mount Bizarre.

Is Cummings a hypocrite? If the account he gave is correct, then it’s far from clear that he is. The term “hypocrite” is thrown around by people who usually look stumped when asked to define it. To be a hypocrite is to actively present a face to the world that is at odds with the inner workings of your heart. The reason why hypocrisy is so objectionable is that it requires sustained and deliberate attempts to hide your failings beneath the veneer of virtue. This is not the case here. If Cummings thought that the best way to ensure childcare for his four-year-old child was to relocate temporarily and rely on family support, then that was a decision he made in extremis, and not as part of a systematic attempt to put one over on the rest of us.

Cummings is nevertheless guilty of a different form of moral failure. He designed and urged a system of instructions that were — and are — incompatible with the realities of life. Cummings is in thrall to the data types. He was, by all accounts, eager to accept the [cough] “data driven” models of the Imperial College group led by Professor Neil Ferguson. But there is no algorithm — even an accurate one — that can run up against the very human instinct to protect your loved ones at all costs. Mr Cummings is finding this out the hard way.

This, however, is invisible to the media types who are more interested in Cummings’s scalp than they are in the trajectory of this pandemic. The Cummings press conference was followed by the ritual government briefing/indoctrination. The PM could have put up a graph showing that the virus had packed its bags and left for Las Vegas, and the pack would have ignored it. The events of the weekend have shown that the journalists are no longer interested in interrogating the data. It’s nice to know that the Westminster Bubble is riding out the crisis, even if it’s one of the only businesses that is.

This is what happens when political journalists cover a health issue. The health issue becomes a political one and is assessed through the prism of personality. The Beth Rigby types can’t help it. It’s what they do. When it comes to Cummings, I’m surprised they haven’t suggested dunking him in water to see if he floats.

For those of us who oppose this lockdown, the best thing that can happen now is that Cummings stays, precisely because he probably has undermined confidence in it. People have been insufficiently sceptical of the measures introduced nine weeks ago and should be more hawkish when it comes to lifting them. This is not a point about epidemiology — it’s a point about our attitude to the law. There are people prating that nowhere in the government “instructions” is there an explicit clause which adequately provides an exemption for Cummings, given the circumstances in which he found himself. Guess what? There shouldn’t be. Our legal system should not be a list of permissions and when faced with such a list it’s the duty of all of us, when necessary, to find loopholes. Even if we crafted the list ourselves.

Mr Cummings, certainly, was creative in his interpretation of the rules that he helped to impose on all of us. But that flexibility was available to everyone. If people did not dig down into the detail of the instructions, as they were at that time, then that is on them. It is not true that he did something the rest of us couldn’t. The lockdown rules were — and are — oppressive, economically and spiritually catastrophic, and badly drafted. But they did not rob us of the ability to exercise our best judgment when it comes to the welfare of our children.

The Prime Minister is discovering that to confiscate our liberties is the easy bit. It’s returning them that’s hard. If people are so worked up about this non-issue that they start emerging from the mental prison he inadvertently constructed for them, then maybe Cummings has done him a favour. The Prime Minister scared us into obeyance; maybe he’ll provoke us out of it.

And the government would really do itself a favour if it pulled down the curtain on the theatre of the absurd.