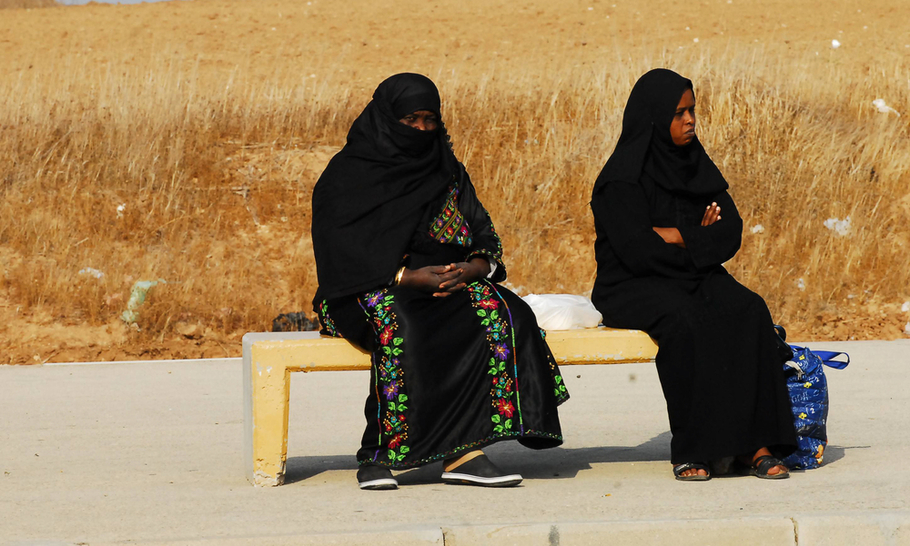 Palestinian clans in the West Bank, which are under the influence of Hizb-Ut-Tahrir (HuT) — the global Islamist group — are calling for the revocation of the Convention to End Discrimination Against Women (CEDAW), the shutting down of women’s rights organisations and the banning of feminist education in schools.

Five thousand people attended a meeting on December 21, from different parts of the West Bank, to discuss the “problem” of CEDAW, an international bill of rights for women that has been ratified by 189 states, including Palestine in 2014. At the meeting a speaker called for the “true” Muslim women to come out in demonstrations against CEDAW.

One of the speakers went as far as giving the President only 72 hours to come out and declare the nullification of Palestine’s acceptance of the Treaty, otherwise, the people “will take to the streets in demonstrations led by women through the land against CEDAW”.

Beyond opposing CEDAW the group demanded closure of all women’s organisations and their associates in Palestine (numbering in the hundreds) and their rental agreements to be revoked. A speaker called upon the gathering to force their daughters and sisters working for women’s organisations to leave their jobs. And it was decided to prevent women’s organisations or their representatives from entering schools, stating that they will hold school principals responsible.

The most recent HuT protests were a response to the Palestinian Authority’s decision in November to prevent marriage under the age of 18. HuT saw this as the beginning of the implementation of CEDAW. The ruling became effective on January 1, 2020, angering those who believe that the legal age of marriage should be 15 years. It is inspiring further protests and a petition to revoke CEDAW is currently making its way around the West Bank.

“This treaty is unacceptable to Arabs and Muslims,” stated Palestinian activist Abu Ghassan Shaheen. “It goes against our religion and traditions.” The HuT affiliated protesters in Hebron then called on the Palestinian Authority to withdraw from the treaty and ban feminist groups from working in the area. The official Hizb-Ut-Tahrir website makes the claim that CEDAW is a “Western conspiracy against the Islamic family unit,” a common accusation laid against progressive human rights work.

The West Bank is no stranger to extremist groups taking advantage of political unrest to the disadvantage of women. Since the first intifada women’s rights organisations have recorded a regression in women’s rights: Muhammad, director of the Palestinian Family Planned Parenthood Association in Hebron says: “During the first Intifada in 1987 instability and lack of political leadership allowed political Islam to enter.”

Rateeba Alaedin, who works for the Sharek youth forum and alongside the UN, added:

“They arrived so fast and influenced our communities so quickly, we now have a huge problem pushing against their version of Islam and the negative effect it is having on our society: early marriages, hijabs being worn by children and forced on women, women staying in the home and our laws and politics becoming controlled by religion. This is not our Islam.”

What women in the West Bank need is strong governmental opposition to HuT pressure. However, despite the Palestinian Authority signing CEDAW in 2014 with no reservations, it has done little to implement the convention. The Women’s Centre for Legal Aid and Counselling asserts that the Palestinian Authority maintains personal status laws, which discriminate against women in matters of divorce, inheritance, and child custody. In the summer, following mass women’s rights protests in the region, there was hope, with Prime Minister Ishitaya issuing the statement — “we must strengthen the system of protecting Palestinian women”. But no such change has materialised.

Now, in the run up to the first elections since 2006, the Palestinian Authority is particularly impressionable. In the midst of the current protests on December 24, the Palestinian judge, Mahmoud Al-Habbash asserted, “We will not practice any words or actions that… transcend the values of our society, its culture and religion.” He continued: “Even if Palestine signed the [CEDAW] agreement on combating discrimination against women, based on the values of our true religion, our national heritage, and our constitution . . . we will not touch any act that touches our principles or our values.”

Fatah, the governing party in the West Bank, has gone further to state — “Our allegiance is to our religion, sharia and values . . . we believe that the signing of this Treaty [by the Palestinian Authority] was done due to special political considerations as to assure us a recognised place in the United Nations.”

Very few women’s organisations are now speaking up. Frightened and unsupported by the authorities, they remain silent. One brave organisation, the Sawa’ed Forum, which aims to form an alliance of men and women to reduce violence against women, provided me with this statement: “We believe in the importance of CEDAW and have developed a petition of our own, calling on men to stand with us in standing for women and, as a part of that, stand for CEDAW.”

With continued political unrest in the region, a looming election and an eerily silent women’s movement, HuT has ample opportunity to advance its agenda and assert itself over the community. It’s a dangerous time for women.