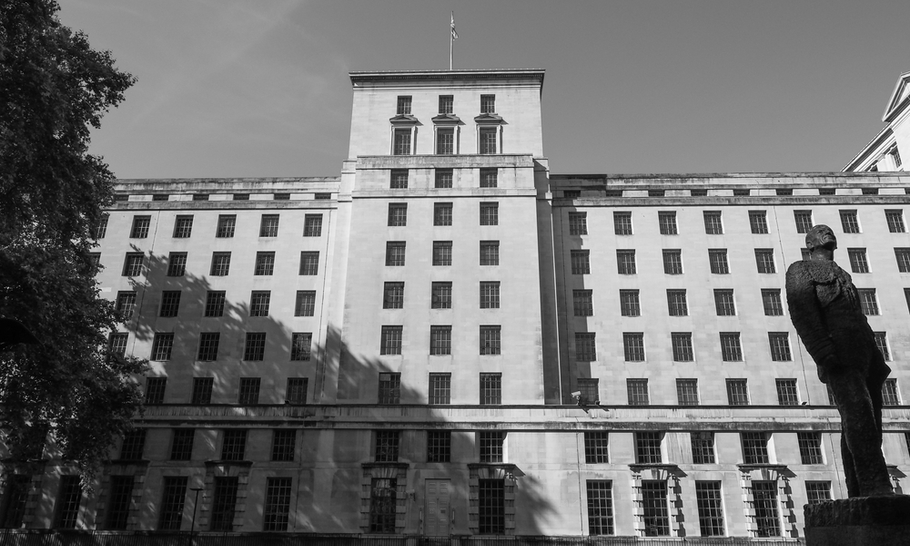 Boris Johnson’s government has a few distractions at the moment, and, though there is the occasional glimpse of official process, the Integrated Review of Security, Defence, Development & Foreign Policy that will define Brexit Britain’s place in the world is clearly not top of the Prime Minister’s To Do list. That said, the amalgamation last month of the Foreign Office and the unloved Department for International Development into the Foreign, Commonwealth & Development Office does rather predispose the outcome of the development and foreign policy parts of the review. Whether this was red meat to Tory backbenchers or an arbitrary and grandstanding Cummings/Johnson intervention need not detain us because the Chief of the Defence Staff, General Sir Nick Carter, has given us a taster of what is to come and we should pay some attention to what he has said.

In a speech delivered last week at the Policy Exchange think tank, Carter outlined a world that could have been drawn from the pages of recent works by contemporary observers like Sean McFate (Goliath), David Kilcullen (The Dragons & The Snakes) or, indeed, theArticle (28 June 2019 & 21 May 2020), where the west is playing strategic catch up. Carter contends that China, drawing on atavistic wisdom, and Russia, drawing on bitter experience, have reached the same conclusion: that to fight the west — aka America — in conventional battle is a mug’s game and that imaginative forms of engagement must be developed to transform both the battlefield and what we understand as war.

As a result, and while the west’s eye was off the ball in Afghanistan and Iraq, both countries have developed sophisticated techniques to fuse all instruments of national power — an incomplete list would include restrictive trade practices, economic entryism, terrorism, cyberwar, lawfare and fake news — to contest simultaneously the physical, virtual and cognitive realms of global engagement in a state of intense competition, short of war. The aim is to always seek marginal tactical advantage which, when taken in aggregate, can produce a strategic outcome.

Central to this view of conflict is the concept of a threshold. Above the threshold exists war in a conventional sense, where advantage still lies with the west and is a place our competitors have no wish to go, at least for now. The threshold itself is constantly, but prudently, tested to explore the boundaries of western tolerance. Below the threshold lies a Hobbesian world of perpetual, insidious and ambivalent conflict where surrogates dispense physical violence, trolls and hackers dispense digital violence, state policies like the Chinese Belt and Road initiative offer economic entrapment and there is an unending battle for narrative dominance.

China and Russia have two significant advantages in operating in this new environment. First, they have built the doctrine from the bottom up rather than having to adapt existing conventional structures; it is a custom build rather than a clumsy modification of an existing design. And second, all powerful state bureaucracies have the inherent advantage of being able to direct organs of both the state and civil society with far greater facility than checked and balanced western democracies. The examples of China and Huawei or Russia and the Wagner Group (a private security company — essentially mercenaries — widely deployed in Syria and elsewhere) make this clear. Late to the party but at least aware of these tectonic shifts in the nature of conflict, the British government has published its own Fusion Doctrine guidelines, but they remain very much aspirational targets rather than a functioning model.

Why has fusion become such a dominant theme? The answer is that it has been dominant since the 4th Century BC but the elements that now need to be fused are more numerous and more disparate. Alexander’s army became invincible because it combined in mutually supporting manoeuvre the Companion Cavalry, the heavy infantry phalanx and the light infantry Agrianian skirmishers. In the same way, the Napoleonic system of independent corps manoeuvre or the manner in which the British in 1918 finally cracked industrial warfare by coordinating the infantry, artillery and aviation combat arms with logistic agility are illustrations of the fusion challenges of their day. Today, we are adequate practitioners of joint warfare — the ability to operate in the traditional domains of land, sea and air — complemented with a limited capacity to operate in the cyber and space domains. But we are way off the pace in combining that with other instruments of national power to create a fully fused effect; at the moment, our opponents possess a decisive advantage.

So what are the chances of closing the gap and is it worth the effort? The very fact that the Chief of Defence Staff can offer such an acute summary of the terms of strategic engagement is a good sign, but he and his fellow Whitehall principals have at least three fundamental challenges to meet as they try to address security fusion.

The first is that the machinery of government will need to be completely transformed to accommodate fusion. The existing state architecture has reasonably functioning military, cyber-security and intelligence silos but no mechanism to link the highest level of the executive function of government with each of these independent capabilities, along with the host of other instruments that exist in civil society as well as under state control.

Shaking up Whitehall is clearly a task this government is pursuing with missionary zeal, but this transformation is several orders of magnitude beyond the sacking of a handful of permanent secretaries. It is possible to create real strategic fusion, as the evidence of the world wars of the 20th Century attests. We did not outfight Germany twice between 1914 and 1945 but we did make a better fist of industrial production, scientific research, the coordination of intelligence and the creation of alliances: strategy trumps tactics and strategy is fusion’s child. Whether this historic vocation for creating fused effect in wars of national survival can be transferred to the less compelling circumstances of permanent sub-threshold conflict remains to be seen; certainly, this government’s response to the current strategic threat of Covid-19 does little to inspire confidence.

The second challenge is one of transition. As has already been observed, China and Russia conceived a doctrine and then built the capabilities to prosecute it. By contrast, we have sets of existing capabilities to which we are trying to retro-fit a doctrine. The danger here is that in replacing old metal stuff with new digital stuff we fall between the two stools and create capabilities that are unable to properly discharge the functions of either traditional warfare or 21st Century conflict.

The final challenge is to address the scandalous legacy of recent defence procurement that has left Britain barely capable of meeting traditional security assumptions, let alone taking on a radical new construct. Two examples will suffice to make the point. The British army’s capacity to fight on a high intensity battlefield is based around its main battle tank — Challenger 2 — and its infantry fighting vehicle, Warrior. It has been clear for the last two decades that Challenger 2 is clapped out, and, more recently, that Warrior has been worked to death in Afghanistan and Iraq. Yet, despite £430m spent on scoping a Warrior replacement alone, the British army has neither a main battle tank or an infantry fighting vehicle that it can go confidently to war with today, and with no replacements in sight. So, when there is speculation in the press that the army may abandon tanks altogether, it is less an imaginative doctrinal leap than an admission of material realism.

While the army has failed in procurement terms, the Royal Navy has been recklessly successful. Reckless in the sense that its main capital platforms — the Queen Elizabeth class aircraft carriers and the future Dreadnought class of Trident missile carrying submarines — have bent the procurement programme completely out of shape and produced surface ships that would not survive a real fight and a one shot nuclear deterrent completely reliant on the improbable assumption that technology will not be able to render the oceans transparent during the 50-year operating life of the platforms. Cleaning the Augean Stables of defence procurement would be the life’s work of any Chief of Defence Staff, Defence Secretary or Prime Ministerial advisor.

What emerges from the cursory review is that a series of procedural and material hurdles stand between where we are today and where the Chief of Defence Staff wants us to be, but even that observation does not address the core issue: is it actually worth the effort? Against a background of disintegrating public finances and the competing claims of health, social care and economic regeneration why not abandon the delusion of the global big league and just settle for a contribution to Nato, policing our fishing grounds and dispensing some developmental largesse? That, of course, would fail the manifest destiny of Global Britain but it is a discussion that must be taking place somewhere in Whitehall, right now.