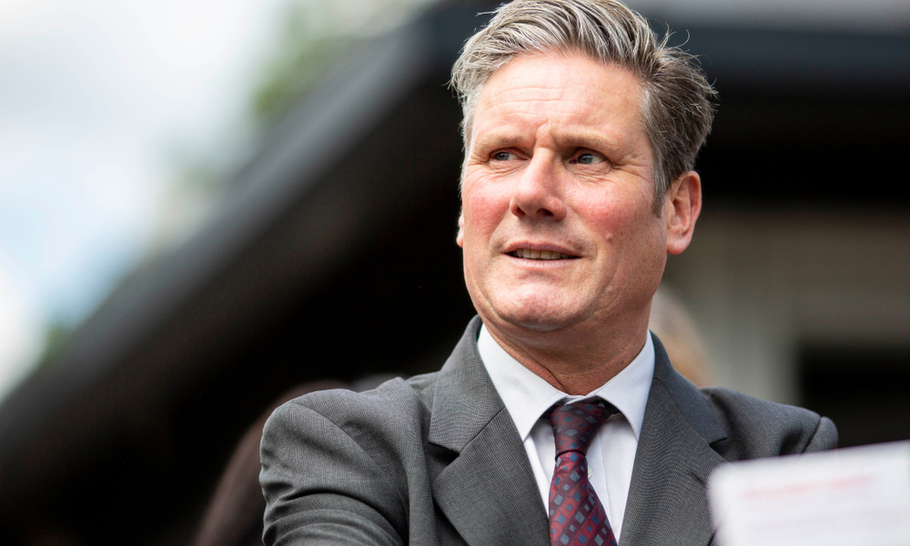 Once again a Labour leader tries to answer the European question. Sir Keir Starmer first tried out his “Make Brexit Work” slogan at the CBI conference last November. No-one noticed. Now he has given it a second outing on a speech at the Irish Embassy, with a solemn pledge never to return to the single market, customs union or the free movement of people.

Yet Starmer is simultaneously saying that he wants to return to single market rules on agricultural and animal products and allow free movement for some sectors of the British population, notably business executives and professionals, plus musicians and artists who would like to operate freely in the European culture world of festivals and concerts.

The Labour leader’s choice of yesterday to make a speech which dominated much of the news — on a day when Boris Johnson was groggy on the ropes from revelations of yet more lying about when he knew of Christopher Pincher’s fondness for fondling young men in the dark corners of the Carlton Club — was odd. Newsnight, for example, led with a very long story on Sir Keir and Labour’s Europe question and most viewers would be half way to bed by the time the evening’s main current affairs show got round to asking: “What did the Prime Minister know and when did he know it?”

Labour still lacks the ruthlessness of the Mandelson-Campbell media operation that served Tony Blair so well between 1994 and 1997. Sir Keir made his speech to the biggest room at the Irish Embassy, packed full of the London pro-European elite.

It was a speech about form not content. The mood music on Brexit has changed dramatically in recent weeks. Report after report hammers home that the economic costs are serious and are rising. The Office for Budget Responsibility sees no reason to change its prediction that rupturing trade links with Europe will reduce UK GDP by 4 per cent, i.e. £100 billion a year. Such a sum might have helped Rishi Sunak’s election war chest or to buy off fuel protests, hire more staff to solve the passport office nightmare or operations being delayed endlessly in the NHS. Most economists now say Brexit is costing Britain too much.

Tories like Tom Tugendhat MP and the Conservative commentator Iain Martin are saying and writing in the press that at least reconnecting with Europe’s open trade liberal capitalist market is worth considering. Everyone may agree that a third referendum (after 1975 and 2016) is not on any horizon, accept that of a few Europhile romantics, but public opinion has evolved from the three Brexit votes of 2016, 2017 and 2019. Both Johnson and Sir Keir seem stuck in that era, when Brexit ruled triumphantly and are not picking up that others have moved on.

LBC’s Shelagh Fogarty devoted an hour to Brexit on her popular phone-in programme a few hours before Sir Keir Starmer’s speech. Nine out of ten who phoned in reported personal problems arising from Brexit. About half were willing to contemplate yet another referendum. In the past 25 years radio station phone-ins have been dominated by angry men and women, repeating the nostrums against Europe on offer from Right-wingers such as Nigel Farage or Boris Johnson and Leftists like Jeremy Corbyn or Tony Benn.

Yet for 60 minutes on LBC the language was very different, full of regret at losing revenue and access to Europe. It is not clear why Sir Keir felt impelled to make his speech now. Whatever he says, the Conservatives and the anti-EU press will accuse him of preparing a return to Europe.

The most prominent anti-EU trade unionist is Mick Lynch, the RMT leader who has become a hero with his down-to-earth and populist TV and radio interviews. He may be pleased at the Labour leader’s announcement. But Sadiq Khan, the Mayor of London, better known than most shadow cabinet members, says the UK should rejoin the single market: “We can’t go back into the European Union,” he said. “What we can do though is to make sure we have the least worst option, for me that’s being members of the single market.”

The fastest growing affiliated organisation to Labour is the Labour Movement for Europe, chaired by the effective and respected communicator Stella Creasy MP. She won’t criticise Sir Keir but said: “It’s not in Britain’s interests to rule anything out right now. We will make the (pro-European) case to the Labour Party and the country.”

YouGov polling shows 54 per cent of people think Brexit has gone badly, including 31 per cent of Leave voters. It is this constituency that Ms Creasy is appealing to and Sir Keir perhaps too quick to dismiss.

The paradox is that in historical terms it was Labour that was the anti-European party and the Conservatives who embraced Europe. Winston Churchill began the process of European integration and partnership with the Council of Europe and the European Convention of Human Rights after 1950.

At the time Clement Attlee and Ernest Bevin said a firm No to the UK joining the first European Community based on pooled sovereignty over coal and steel. Harold Macmillan applied to join Europe in 1962 at time when the Labour leader, Hugh Gaitskell, said joining Europe meant the end of “a thousand years of British history.”

When Ted Heath finally took the UK into the Common Market, James Callaghan denounced what he called “the Continental claustrophobia where everyone is expected to speak French.”

Labour’s Michael Foot fought the 1983 election on a pledge to leave Europe, while Margaret Thatcher waved her handbag to great effect to abolish the national veto and create the single market Sir Keir now opposes.

Tony Blair certainly spoke very good European, but he and Gordon Brown kept the UK firmly out of the Euro, Schengen, and other pan-EU arrangements. Since 1950 the Tories have been more the party of Europe than Labour ever was — or is under its latest leader.

Now it might appear that Sir Keir Starmer and Boris Johnson are on the same page in saying no to a return to Europe under any circumstances. This line will hold until the next general election at least.

But afterwards how long will British public opinion support the economic damage caused by Brexit? Might it be that we have to wait for a new Tory Prime Minister who, like Heath or Thatcher, decides that the national interest lies in treating Europe as a friend and ally not an alien, hostile region with which we want nothing to do?