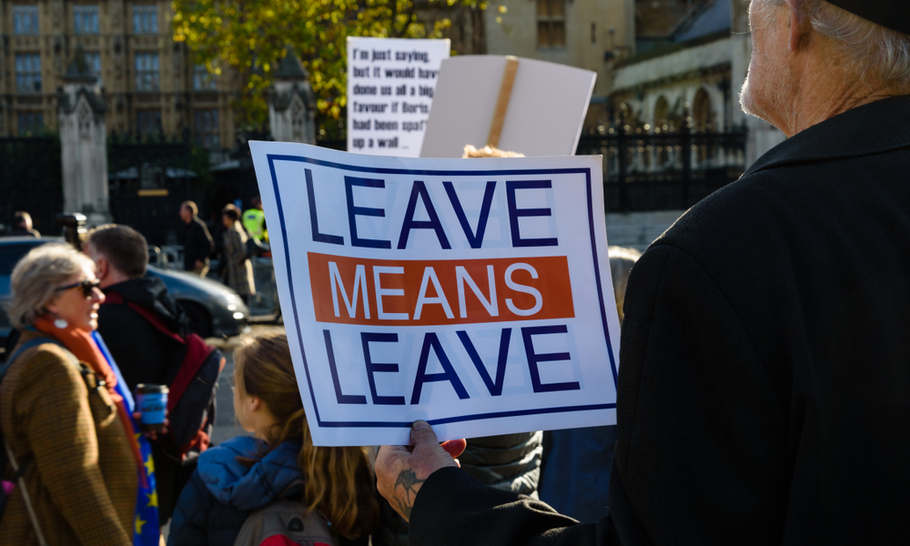 Sun Tsu, the ancient Chinese general, military strategist and philosopher, once said: “Strategy without tactics is the slowest route to victory. Tactics without strategy is the noise before defeat”.

That perfectly sums up the Brexit Party’s predicament.

Its strategy was to form a Leave alliance with the Conservatives. Despite the initially “unilateral” gesture to stand aside in 317 seats, it did not have the tactical nous to see that through.

Instead, it is being tactical and only contesting the seats that the Conservative party does not currently hold. The logic of this position is inconsistent with the fact that a Conservative government is the surest way to secure Brexit. It is muddying the waters for the Conservatives, while once again crying betrayal, but without any apparent strategy to get what it actually wants — Brexit.

Meanwhile, the Brexit Party is missing the opportunity to take the initiative in directing Britain’s future relations with the continent. It should be setting out the benefits to the UK of being able to write trade deals around the world. Once the UK shows how free trade increases prosperity it will (likely) encourage others to consider following us out.

That’s why the EU is so adamant that a post-Brexit UK should not be allowed to trade freely, and puts so much emphasis on regulatory, fiscal and state aid compliance. The Brexit Party should be painting a positive vision about what a clean Brexit on World Trade Organisation terms would bring, rather than crying about betrayal. It should be showing what the world’s fifth largest economy could do as a free nation.

The corollary of this is that the Brexit Party should be putting its weight behind a determined negotiating position, which would include stressing the need to reverse the most pernicious parts of the Withdrawal Agreement. This includes allowing the jurisdiction of the European Court of Justice to prevail in places even after the implementation period.

The Brexit Party should also start building the foundations for its post-Brexit identity, as the party for constitutional reform. This would allow it to focus on restoring sovereignty to the people through a constitutional monarchy. It could be enshrined in a written constitution, a separate non-political judiciary, an independent Speaker and an accountable upper house.

The recent post-democratic shambles provides strong arguments for each of these ideas. An articulate position on them would attract support. Crying betrayal is unlikely to achieve this.

More immediately, the party should present a broader and deeper array of individual talents. Farage and Tice are fine, but two people on their own do not make a party. Political parties and movements depend on strength and depth.

And finally, the party needs to be clear about what it wants to achieve from this election. Farage appears to have missed the chance to shape a realistic Leave alliance. Paper candidates in 40 seats may not have been what he wanted, but it was probably as good as he could have hoped for from any self-respecting Prime Minister.

In the election, the Brexit Party should focus their efforts in two areas. First, focus: diluting the Labour or Lib Dem votes in seats that could see the Conservatives come through, and actively campaigning in seats where they have a realistic chance of winning. This is consistent with Farage’s concession that a Conservative government is the only way for Brexit to get through.

Second, they should set out to win hearts and minds to the cause of a clean Brexit and take a strong negotiating position in the upcoming talks with the EU. The party needs to deploy both strategy and tactics at the same time.