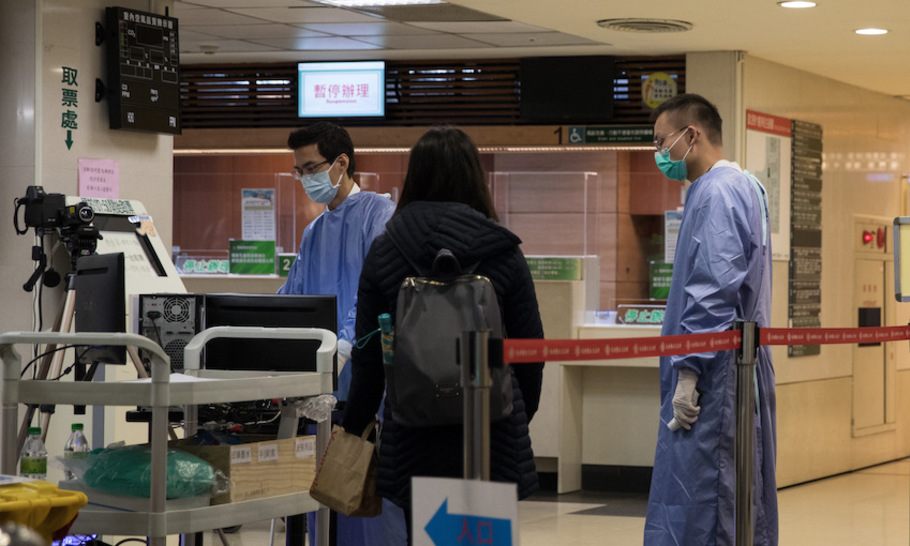 As the coronavirus epidemic spreads rapidly around the world there is one exception. Taiwan had managed to contain its spread over an island territory a bit bigger than Belgium, with a population of 24 million. Despite close trade and economic ties with China, Taiwan has 339 cases and 5 deaths. According to figures released on April 2, 291 of the confirmed Covid-19 cases were brought in from outside Taiwan and 48 are indigenous to the island.

As long ago as December 31 2019, the Taiwanese government alerted the WHO to the emergence of the virus and the possibility of human-to-human transmission. While Britain, the US, and other G7 nations slept into the New Year, Taiwan was taking action.

Following the first case of coronavirus on its soil on January 23, Taiwan immediately implemented an epidemic crisis management system to prevent the spread of the virus.

The next day, the export of masks was banned, visitors returning from China on 14-day visas were subject to health checks — still not happening at Heathrow — and if they had been in the worst affected areas they were subject to 14 days of confinement. All new arrivals into Taiwan have been subject to continuous health monitoring. Medical personnel are not allowed to leave the country. 13 million masks are available for the population every day; face mask production was quadrupled within a month.

Under the control of Taiwan’s Ministry of Health and Welfare, Taiwan began issuing alerts to travellers, tracing people, while confinement was imposed on the sick. People were quarantined, queues were controlled, and masks and bottles of hand sanitizer were distributed. Screening tests take just 15 minutes to discover whether a person is carrying the virus.

The Taiwan Center for Disease Control is highly adept at making the latest information available to the public. Taiwan has focused on a campaign to build up public awareness and to avoid the spread of false information. The contrast with Europe and the US is stark.

While many countries around the world have ordered their populations to remain confined, life in Taiwan goes on almost normally. In exchange for strict government controls, including identity cards and contact tracing, universities and schools remain open, businesses continue to operate, and people move freely.

One might have thought with this record the world would be beating a path to Taiwan to learn what to do. But for the Chinese communist regime, saving human lives means little in its obsessive campaign to deny Taiwan any international recognition, even in the teeth of a disaster like the Covid-19 outbreak.

The WHO bureaucracy walks in terror of offending China. The former WHO executive, Dr David Nabarro interviewed on Channel 4 News on Thursday, mentioned South Korea and China itself but could not bring himself to let the word “Taiwan” cross his lips, despite the island state’s proven record.

In truth, the WHO needs Taiwan, just like Taiwan needs the WHO. Using Taiwan’s expertise on this crisis is not going to damage Beijing’s long-standing policy of absorbing Taiwan and placing it under Chinese Communist Party control.

Governments, especially in Europe and America, walk in fear of offending China as the world’s new economic mastodon. MPs are less fearful — 55 British parliamentarians including Sir Desmond Swayne MP for the Tories and Sarah Champion for Labour have signed a letter urging the WHO to harness Taiwan’s know-how and expertise in the global fight against Covid-19. In France, Senator André Gattolin, who is close to President Macron, is coordinating a Europe-wide effort of parliamentarians urging the WHO to use Taiwan’s successful history of treating Coronavirus.

Will ministers who decide WHO policy listen? Maybe not. The result will be more deaths from Covid-19. This international cowardice is as bad as the pandemic itself.