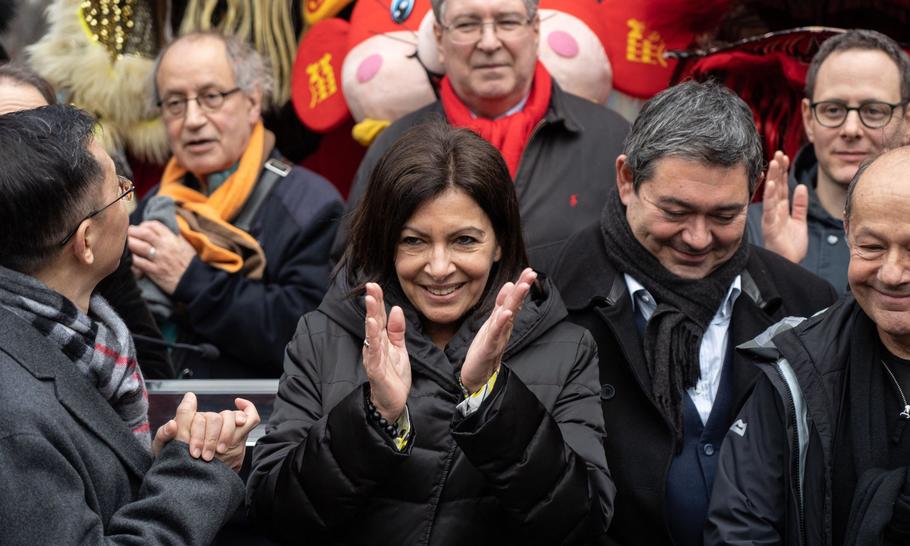 While Germany lines up for a social democratic chancellor and the centre-Left make gains in Nordic and Iberian Europe, the French presidential election seems a barren land for the once mighty Socialist party, whose leaders, François Mitterrand and François Hollande, have occupied the Élysée for 19 of the last  40 years.

The latest opinion poll, Opinonway, puts Anne Hildago, the Socialist Party candidate and Mayor of Paris, on five per cent, out of sight of President Macron, who remains steady on 25 per cent of votes for the first round. She is also far behind Marine Le Pen on 18 per cent and Éric Zemmour, about whom the London commentariat (who are now all experts on French politics) are much exercised.

After a brief surge, Zemmour has slumped below Marine Le Pen to 13 per cent, despite huge media promotion by the James Goldsmith-like French business boss Vincent Bolloré, who has stakes in many businesses. His CNews TV station, a bit like GBNews, has been relentless in promoting Zemmour, who also has a platform in the mainstream French paper, Figaro, the equivalent of the Daily Telegraph, to promote his racist views on French Muslim citizens or the potty claim that Pétain protected Jews in France during World War Two.

Zemmour’s latest policy is to abolish speed limits in towns or taking points on a driver’s licence for speeding. He is becoming eccentric as he leaves his safe territory of Islamophobia, and many doubt if he will finally even run as a candidate.

The disarray on the Right, including three other candidates hoping to win the investiture from the once-dominant Les Républicains party of Nicolas Sarkozy and Jacques Chirac, is not, however, helping the Left so far.

The far-Left Jean-Luc Mélenchon has the fluency of a George Galloway on television. He was welcomed as a hero by the Corbynite faction of the Labour Party at the party’s 2017 conference and given a glowing profile in the New Statesman. He still has more support in the polls than Mme Hidalgo, as does the Green candidate Yannick Jadot, the Caroline Lucas of France.

The now tiny Communists and Trotskyists are running candidates, too, but hopes that Anne Hildago could restore glory and confidence to the Socialists have not so far materialised. No candidate on the Left, it seems, can get above 10 per cent support and that is far too low to enter the second round of the presidential contest next April.

As Mayor of Paris, leading one of the most high-profile cities in Europe, Mme Hidalgo has gone full anti-car with her thesis of the 15-minute community. This is based on the idea of living, working, shopping, culture, sending children to school or taking old people for a walk all within a range of 15 minutes’ journey time from home.

Her governing council has far-Left, Greens and even some social Gaullists on it and she is unchallenged as Mayor of Paris. But realising her wish for what she calls a “progressive, humanist, feminist, green, pro-immigrant” government of France ignores that where the Left has done well in Europe, the winning centre-Left leaders have much more orthodox, even right-wing economic policies, like the German Olaf Scholz, and often a very tough line on immigration, like Danish and Finnish Social Democratic prime ministers.

Mme Hidalgo supports votes at 16, local populist referendums on small nuclear power stations and a big hike in the legal minimum wage. She attacks Macron for sucking up to Trump, Putin and Xi and says French needs “more backbone” in its foreign policy.

Her big social policy offer, she says — rather as Mitterrand abolished capital punishment or Hollande introduced same sex marriage — is euthanasia for people with end of life difficulties in maintaining a pain-free existence. As with assisted dying in Britain, the debate is important but divisive. France’s dominant Christian faith remains the Catholic Church, which is fundamentally hostile to any hint of speeding up the deaths of the very old or very ill.

On French media, she rattles through words without a pause, but with a lot of ums and ers. Anne Hidalgo sounds like a radical Mayor of Paris in an average year. But President of France?