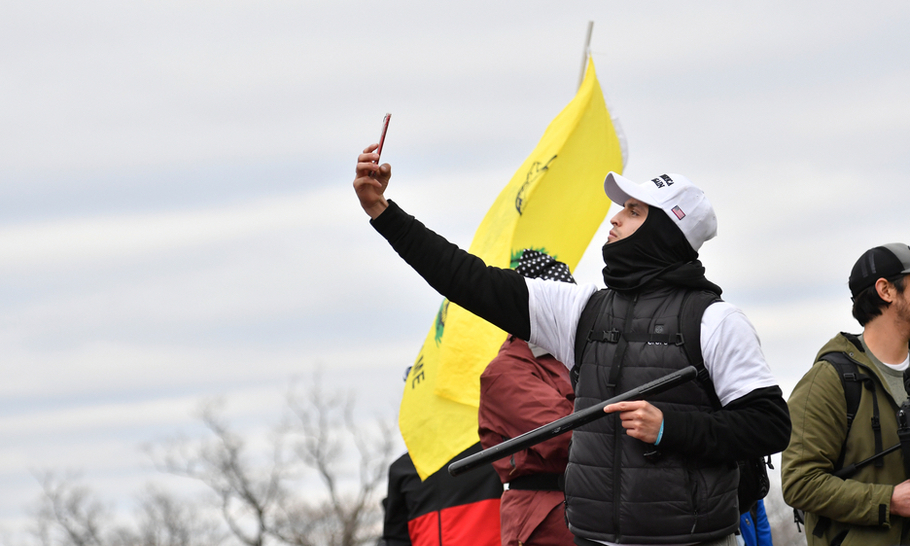 Yes, Donald Trump clearly bears blame for the riotous mob on Capitol Hill a week ago — but no, he was not the sole cause. There were much deeper forces operating and bringing the whole event that day to a head, of which both Trump and his angry audience were only a part.

These deeper forces were obvious and have long been predicted. I-told-you-so journalism may be irritating, but it has been as plain as a pikestaff for decades, that once the unfolding information revolution empowered citizens, a new era of spiralling direct action and increasingly violent protest would begin, leaving no governing hierarchy and no governing institution as secure as before. Here, for example, is what I wrote in the Japan Times in 2000, more than twenty years ago, about the radically changing shape of network politics:

“With e-enabled speed and unparalleled efficiency, crowds can now be mobilised with military precision, mouthing identical slogans in ten different capital cities on the same morning. The age of network politics has arrived, and it is presenting a direct challenge to traditional forms of government and systems of authority. The prospect now opens up of an unending series of campaigns. Crusades, copycat protests, spontaneous demonstrations and marches, spreading far across national boundaries and obeying no local laws.

To brand these phenomena terrorist, Poujadist, neofascist or just plain Luddite, as some bewildered British leaders have been doing, badly misses the point.

Immediate, cheap and easy access for millions of individuals to an interactive network of information and communication has turned the tables on traditional hierarchies of authority. It has created a more powerful tool of influence, for more people, than ever before in history.

Whether it is tax protests, road protests, farmers’ or fishermen’s protests, anti-planning demos, the more massive alliances of rural interests that have now formed in Britain, or even the rise of the new forms of tribal or mini-nationalist crusades, the scene has been transformed by the now ubiquitous mobile telephone, the internet and the vast mosaic of web communities to which the net has given multiple birth.

What this means is that the business of governing has changed radically, and so have the tools and the language in which it has to be conducted. Government leaders who have failed to notice this now risk serious impairment of their authority and legitimacy.

In short, the information revolution is imposing a new kind of democracy. No conventional organisation, whether it be a national organisation, a large corporation, a supranational body or any other centre of hierarchical authority, is immune from the consequences. The more far-sighted leaders of business have long since realised this, but have the politicians?

The major political challenge – although it does not yet seem to be everywhere understood – is to reassemble the processes of governance in a different pattern so as to perform new duties and tasks. A new social glue now has to be found – strong enough to provide identity, engender respect and loyalty and resist civic disorder, and yet pliable enough to survive conditions of almost terrifying fluidity and change.”

So, there it was, in plain English, and this was eight years before the iPhone or the iPad, let alone a dozen other online technologies which, of course, have amplified the whole process many times over.

Yet here we are today, with sleepy commentators just alighting on the fact that Capitol Hill patterns of behaviour could spread everywhere. In fact, they arrived long ago. A particularly striking example of blinkered perception was the BBC coverage of the gilets jaunes phenomenon in 2017, where French towns erupted and no-one could find the core leadership. Puzzled BBC commentators opined about this “new” type of digital era protest. It was not new at all, but already the pattern spreading across a score of countries.

The blinkers remain in place. In the Financial Times, the usually thoughtful Gideon Rachman warns that the Capitol Hill pattern could spread to Europe. Good grief, where has he been all these years? It spread two decades ago. And the Times economics editor arrives at the discovery that the social capital need for effective governance has gone missing. But this “trust” went out of the window before the Millennium. It is sadly clear that in Britain, at least, the opinion-formers, those relied upon to see a little further ahead, have, with some glorious exceptions, become the opinion followers, who can barely see a little further behind.

The consequences now lie before us. The policymakers, thinkers, academics and advisers who should have been creating the platform over all these years for wise political leaders, who were supposed to step up and see a bit ahead, have failed abysmally. Whether the blame should lie with those who taught them too narrowly in school, or with the closing walls round free thought in Britain’s universities, or with the hermetic bubbles of the Westminster village, or simply with a general unreconstructed intellectual arrogance and complacency, the result is the same. These decades have been locust years, leaving us dismally unprepared for an utterly changed social and political order, and for new forms of governance to hold it together.

The exclamations of surprise tell the story – like the exclamations by Second World War French generals, discovering that their precious Maginot Line was useless against the German panzer divisions. The line protecting our own democratic institutions from extreme assault, which should have been buttressed and strengthened long ago, is now looking just as precarious as it does in America.

The message of 20 years ago has to be repeated again and again. Respect, trust and the right to govern, have to be re-earned by government and central institutions in novel conditions and in face of new and only half-understood threats. The binding message, the new glue to hold our society together (and keep our Kingdom united) has to come from deep within the wisest minds – not from some PR-cooked slogans, but from those with the most articulate power to reassure, inspire and illuminate the new national direction. Quite a repair task. It should have begun long since.