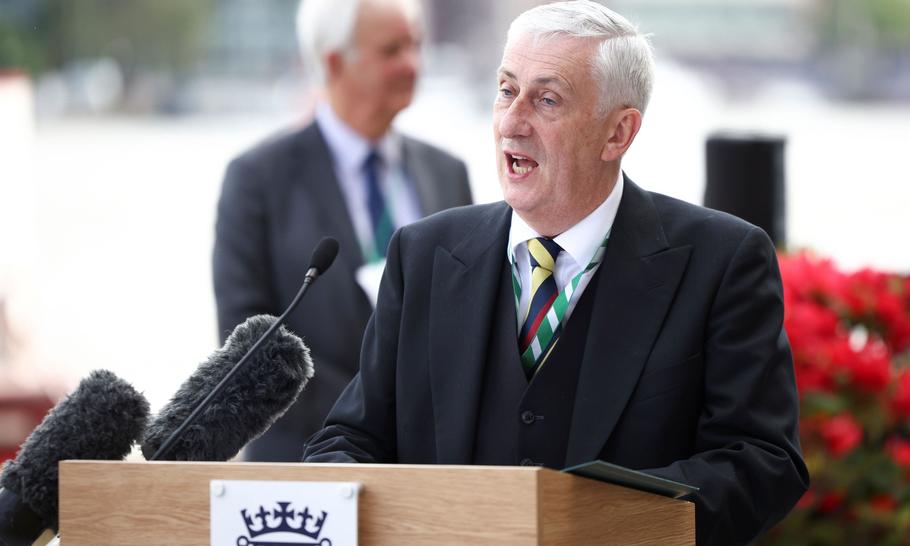 The British worm has turned on the Chinese dragon. After years of enduring Beijing’s increasingly aggressive “wolf warrior diplomacy” without much sign of pushback, this week witnessed an act of defiance from a surprising quarter: the Speaker of the House of Commons.

Sir Lindsay Hoyle has banned the Chinese Ambassador, Zheng Zeguang, from entering Parliament until the People’s Republic lifts the sanctions it imposed on five Conservative MPs and two peers last March. The Ambassador, a former deputy foreign minister, took up his post in June and had been invited to speak to the All-Party Parliamentary China Group at a reception tonight on the Commons terrace. Guests were surprised to be informed by the group yesterday that the event had been postponed and that “a replacement event is planned at an alternative venue”.

This followed a robust statement by the Speaker: “I regularly hold meetings with ambassadors…But I do not feel it’s appropriate for the Ambassador for China to meet on the Commons estate and in our place of work when his country has imposed sanctions on some of our Members.” These sanctions were in response to the Genocide Amendment to the Trade Bill, tabled by Sir Iain Duncan Smith, Tom Tugendhat and others to limit British investment in China in response to the persecution of the Uighurs in Xinjiang. The Speaker said he acted in order to protect MPs’ right to free speech, implying that Beijing had attempted to interfere in parliamentary debate. Sir Lindsay added: “If those sanctions were lifted, then of course this [visit] would not be an issue.”

It is believed that Zheng Zeguang is the first ambassador to be banned from the Palace of Westminster. The Chinese Embassy reacted with predictable fury: “The despicable and cowardly action of certain individuals of the UK Parliament to obstruct normal exchanges and co-operation between China and the UK for personal political gains is against the wishes and harmful to the interests of both countries.” It claimed that Beijing’s sanctions against MPs were “beyond reproach” because they were in response to British sanctions against “Chinese individuals and entities based on disinformation and under the pretext of so-called human rights abuse in Xinjiang.”

The row comes at a time when relations between China and the West have seldom been so overshadowed by military confrontation. After a joint Anglo-American task force, led by the new aircraft carrier HMS Queen Elizabeth, sailed close to the Chinese coastline last month, Beijing has made a series of provocative gestures. China claims sovereignty over the entire South China Sea, one of the world’s busiest waterways, defying attempts by the US and its allies to protect freedom of navigation by regular naval patrols.

This week it emerged that last month a powerful People’s Liberation Army squadron sailed into American waters near the Aleutian Islands, where it was shadowed by the US coastguard. The US Exclusive Economic Zone surrounds the coast of Alaska and this is the first time that Chinese warships have entered it. They included the pride of Beijing’s navy: two guided missile destroyers, one each of Type 055 Nanchang and Type 052D Guiyang. The Nanchang is brand new, armed with 112 missile silos, and is capable of carrying nuclear weapons. The Chinese boast that it is “one of the world’s most powerful warships, if not the most powerful”.

Before approaching Alaska, the task force sailed close to Japan in order to “send a warning to Japanese right-wing forces and militarists”. Japan is a close ally of the US, but the pretext for the Chinese show of strength is that the outgoing Prime Minister, Yoshihide Suga, sends offerings to the Yasukini Shrine, which is popular with nationalists who continue to honour Japan’s military in World War Two, including those convicted of war crimes against China. Beijing’s relations with Tokyo, as with Washington and London, are at a low ebb.

The fragile situation in the Far East is not helped by North Korea’s repeated violations of Japanese airspace, although two missile tests carried out in the Sea of Japan by Pyongyang in recent days are not thought to have come close to Tokyo’s coastal waters. North Korea’s new cruise missiles are medium range, capable of hitting Tokyo with nuclear weapons, and the latest tests were described by Prime Minister Suga as “outrageous”. The question of Chinese involvement in North Korean military technology is unclear and highly sensitive, but there is no doubt that Beijing exercises more influence in Pyongyang than any other government. The timing of these tests is suspicious: it may well suit the Chinese for Kim Jong-un to threaten Japan, South Korea and other US allies in the region, thereby putting pressure on President Biden just as Americans are still processing their exit from Kabul.

All this grand strategy may seem remote from the terrace of the House of Commons, but seen from Beijing’s perspective, politics, diplomacy and sabre-rattling are all of a piece. Xi Jinping appears to be a disciple of Clausewitz’s aphorism: “War is a continuation of politics by other means.” But the Chinese President is doubtless also a reader of The Art of War by Sun Tzi, the Chinese treatise written in the 5th century BC, which includes a chapter on spying and other forms of intelligence. His most famous dictum? “All warfare is based on deception.” We have been warned.