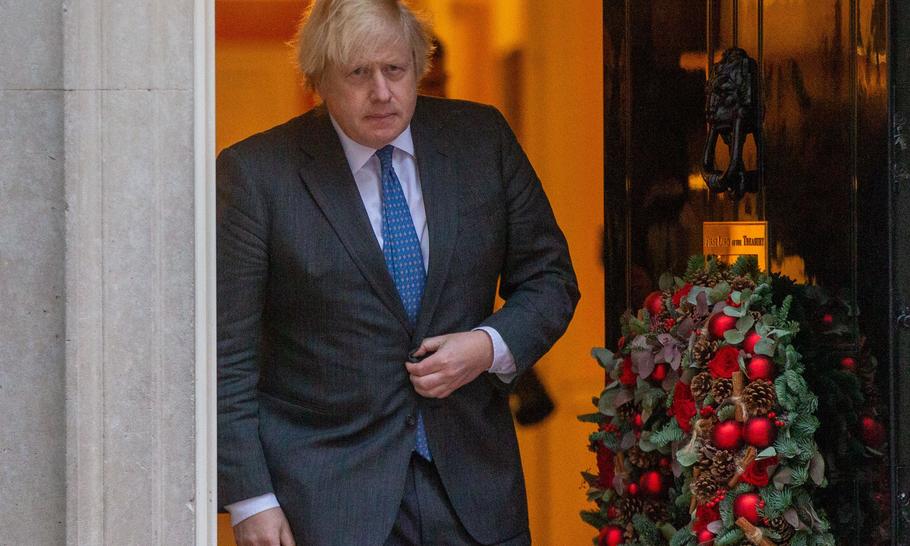 The resignation of Lord Frost may be less important in itself — even though it weakens the Government at the worst possible moment — than in what it reveals about divisions in the Cabinet. The deepest fault-line is on Covid policy. As many as ten Cabinet ministers are reported to oppose any further restrictions, such as the “circuit-breaker” floated by Sajid Javid, the Health Secretary. These ten include the Chancellor, Rishi Sunak, who is said to have cast doubt on modelling by Sage and other expert advisers, suggesting that the NHS will be overwhelmed unless further measures are introduced now.

Most damaging are the remarks by Frost himself, who is now freed of Cabinet collective responsibility and has told Sky News: “I don’t support coercive policies on Covid.” He says that he was opposed to the Plan B restrictions, including Covid certification (“vaccine passports”), introduced last month. In other words, Frost — and perhaps other Cabinet ministers as well — was privately sympathetic to last week’s rebellion by 100 Tory MPs.

This is not so much a Cabinet split as a yawning chasm at the heart of Government on the most urgent issue of the day. The vicious infighting over Covid restrictions was further highlighted by leaked WhatsApp exchanges between members of the Clean Global Brexit group, which includes most of the rebel MPs. Nadine Dorries, the Culture Secretary, defended Boris Johnson to her backbench colleagues and was promptly excluded from the group by its coordinator, Steve Baker MP, who dismissed her words as “bullshit”. What this means is that relations between ministers and Covid sceptics, who represent more than a quarter of the parliamentary party, have completely broken down.

The worst thing about this latest civil war is that it is based on a false premise. Plan B was actually notable for being anything but “coercive”. Compared to previous lockdowns and compulsory social distancing, the present measures are mild: masks in indoor spaces and on public transport, working from home where possible and a choice between an NHS vaccine pass or a lateral flow test to gain entrance to clubs or large venues. In general, the Government has trusted the public to behave sensibly, without compulsion. As a response to the very serious threat posed by the Omicron variant, this response is the lightest of light touches.

While the scale of cases and hospitalisations is ominous, though it is still unclear how many deaths the new wave will cause, most health experts believe the Government will need to go further. Experience of this pandemic suggests that delays in the early stages merely prolong the duration of prophylactic measures. The focus on vaccinations is of course the big difference from previous waves and the NHS has almost reached Boris Johnson’s target of a million booster jabs a day. But there remain six million unvaccinated people, who make up 90 per cent of those seriously ill in hospital, according to Sajid Javid. They are the main reason why voluntary measures probably won’t be enough to get us through the winter. Yet this is the constituency to whom the Tory rebels and their allies in Cabinet are chiefly appealing.

As Dominic Lawson pointed out in his Sunday Times column yesterday, some of these rebels are shockingly ignorant of the facts. One, Sir Desmond Swayne, thinks more people are dying on the roads than of Covid — the truth is that at its peak the pandemic was killing more people a day than there are road deaths in a year. Others have accused Chris Whitty, the Chief Medical Officer, of “prioritising Covid over cancer”. Professor Whitty rightly replied that any NHS doctor would take the opposite view: “What is threatening our ability to treat cancer is that so much of the NHS is treating Covid.”

Unless we can persuade those reluctant to get vaccinated, other patients will continue to suffer delays and thousands will die. Vaccine certification is intended to nudge, not force, people into getting the jab. If Cabinet ministers (who enjoy the benefit of the best expert advice) share the delusions of this backbench cohort, then the Government really is in trouble.

The main reason why there is such fierce opposition to any “coercive” measures is that business leaders are again suffering the effects of the pandemic. But they and their friends in Government, such as Rishi Sunak or Kwasi Kwarteng, are mistaken in blaming Boris and his Plan B for the mass cancellation of bookings for parties or foreign holidays. People are now very well educated about Covid and they saw Omicron coming. As soon as it became clear that the new variant was here to stay and sweeping the capital, the country battened down the hatches. Young people are avoiding spending more time with older relatives than necessary. This is already our second Covid Christmas and people understand that. They will only blame the Government if prophylactic measures prove to be too little and too late.

One unnamed, Covid sceptic minister is quoted as saying: “Hospitals are not being overwhelmed. We’re in a battle to save Christmas.” That is exactly the wrong way around. The latest figures for London show a huge rise in hospital admissions. In a week or two the rest of the country will follow. This Christmas will soon be forgotten — but if hospitals are forced to turn patients away, that will not.

Another reason given for refusing even mild measures is that this will destroy the British way of life. One MP, Marcus Fysh, claimed last week that vaccine passports were the kind of thing Nazi Germany would do. The truth is rather different. The Federal Republic — still a liberal democracy, in case Mr Fysh is unaware of the fact — is moving towards compulsory vaccination and has already imposed much stricter rules than the UK to restrict the spread of Omicron. One of these is to ban British visitors completely. Pace Lord Frost, the UK is right now among the least “coercive” countries in Europe on Covid. So much so that we are seen as potential carriers of the new variant. Maybe that is the right call. Yet British travellers are being punished not because the Government is too coercive, but because it is not coercive enough.

The Cabinet is tearing itself apart over the pandemic, even though the Prime Minister is doing what the sceptics always said they wanted. Boris Johnson must assert himself — and that means challenging his muttering, mutinous ministers. He should tell his colleagues: if any of them feel like David Frost, they should do the decent thing and leave the Government now. If they do not, he should sack them.