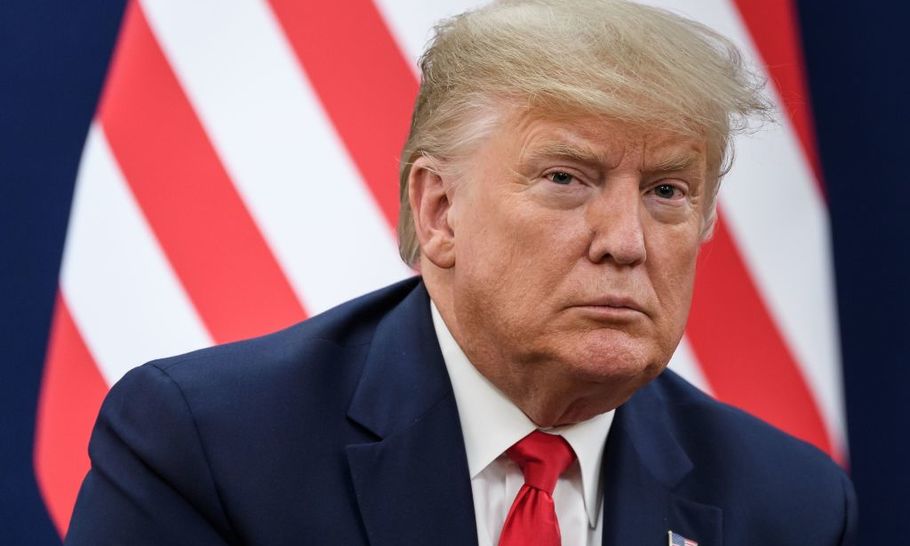 You may be thinking that no Republican senator could genuinely think that Donald Trump is a victim, or concur with the president’s charge that his impeachment represents an unfair witch-hunt. You may suspect that many GOP senators, or at least some, must be seriously tempted to vote to remove Trump, and spare the US another year of his erratic, scandal-ridden circus.

You would be wrong, at least for most of the GOP Senate caucus.

Off the record, pro-Trump Republican senators say pretty much the same thing that they say on the record. They might concede that Trump should choose his words more carefully, or that there was something worth criticising in Trump’s actions regarding Ukraine — although they don’t dwell on that point for very long. In private, Republican senators are every bit as sceptical about the argument for impeachment as they sound in their public comments.

If the door to GOP support for impeachment was ever open, even a crack after the revelations of Trump’s interactions with Ukraine, the decisions by the House Democrats pursuing the president slammed the door shut. House Intelligence Committee chairman Adam Schiff’s decision to read a parody version of the transcript of Trump’s July 25 phone call with Ukrainian President Volodymyr Zelensky out loud during a hearing — and not making it clear that he was reading a parody — struck GOP lawmakers as juvenile, unprofessional, and an inadvertent reflection of the unseriousness of the Democratic effort. Democrats can argue that Schiff’s comic exaggeration of Trump’s comments lasted only a few minutes of one hearing, but it was an entirely unforced error.

It is hard to overstate how much Republican senators don’t trust Schiff. They’re wary about the reports that the whistleblower met with Schiff’s committee before the whistleblower’s complaint was filed, and note that Schiff has been slippery at best in describing his interactions with the whistleblower. Democrats complain, accurately, that the White House gave them absolutely no cooperation during the impeachment process. But in the eyes of GOP senators, Trump owed them none as the Democrats had already demonstrated bad faith. While they recognise that an impeachment hearing is not the same as a criminal trial, they believe that the impeachment hearings lacked fairness, and denied the president anything resembling due process.

On the hotly disputed issue of whether the impeachment trial must hear testimony from witnesses, Republican senators believe they can work with either scenario. They’re not really itching for witnesses; the feeling is that once the Senate has heard from the House impeachment managers and president’s lawyers, they will know what they need to know. There’s a fair argument that few material facts are in dispute; the bigger questions are whether the president’s actions constituted an abuse of his powers and whether his actions justify removal.

If the Senate is going to hear witnesses, GOP senators definitely want to hear from Hunter Biden. They strongly believe that something shady and perhaps illegal occurred in the dealings between Burisma Holdings and the vice-president’s son, and that Biden should be made to answer questions about his arrangement under oath.

Pro-Trump GOP senators are a bit incredulous that House Democrats want to introduce new evidence against the president, want to add new witnesses who didn’t testify during the House hearings, and may even add a new, third article of impeachment. Nancy Pelosi’s lawyer, Douglas Letter, told the DC Circuit Court of Appeals that the addition of a third article of impeachment was “on the table, there is no doubt“. Republican senators see these developments as signs that the House process was rushed and sent over a half-baked argument.

They also see a glaring contradiction in House Democrats’ speed of the initial hearings and then the three-week delay in sending over the articles, in House Speaker Nancy Pelosi’s so-far unsuccessful effort to get Senate Majority Leader Mitch McConnell to agree to rules more amenable to House Democrats. At least one senator thinks that if the articles had been sent over immediately after the House vote, the Senate trial and vote on removal would be completed by now. The general sense is that the trial will take a couple of weeks, with or without witnesses.

Perhaps most significantly, pro-Trump GOP senators say they don’t think any of their Republican colleagues will defect and vote to remove. While no GOP senator has called for Trump’s removal from office, Mitt Romney of Utah, Lisa Murkowski of Alaska, and Susan Collins of Maine have, in the past, been the senators most likely to defy the party’s consensus.

Pro-Trump GOP senators also think there’s a chance that Democrats Joe Manchin of West Virginia, Doug Jones of Alabama and Kyrsten Sinema of Arizona will vote against removal. (In that scenario — too optimistic for Trump, from what I see — impeachment would fail, 44 to 56.) Either way, the vote to remove will fall well short of the two-thirds necessary to end Trump’s presidency; at this point, reaching 50 votes represents a significant victory.

Finally, senators express a concern that professional executive branch staff like National Security Council members and ambassadors testifying in support of an impeachment effort will do long-term damage to the functioning of the American government. In any given day, the president interacts with dozens or hundreds of executive branch staff, and undoubtedly some will disagree with the president’s actions.

The past year has established that any executive branch staffer could get the ball rolling on an impeachment effort by secretly meeting with a leader of the opposition party in Congress and saying, “Here’s what the president did behind closed doors; I think what he did justifies impeachment.” Even if you think Trump’s hold-up of Ukraine aid and encouragement of a foreign investigation of the Bidens was a straight-up abuse of power that easily justified his removal from office, it’s not difficult to envision this precedent creating new problems down the road.

Republican senators express all of this scepticism of the impeachment argument, but also insist that they’re taking it seriously — more seriously, in fact, than those prosecuting this case. The arguments against Trump during this impeachment are indistinguishable from the arguments against Trump from the beginning of his candidacy; there’s little indication that the House Democrats are even trying to tailor their arguments to persuade sceptical GOP senators. Right now the Republican senators feel like jurors who are sitting, sequestered and unconvinced, while the prosecutor gives an ostentatious performance before the cameras on the courthouse steps.