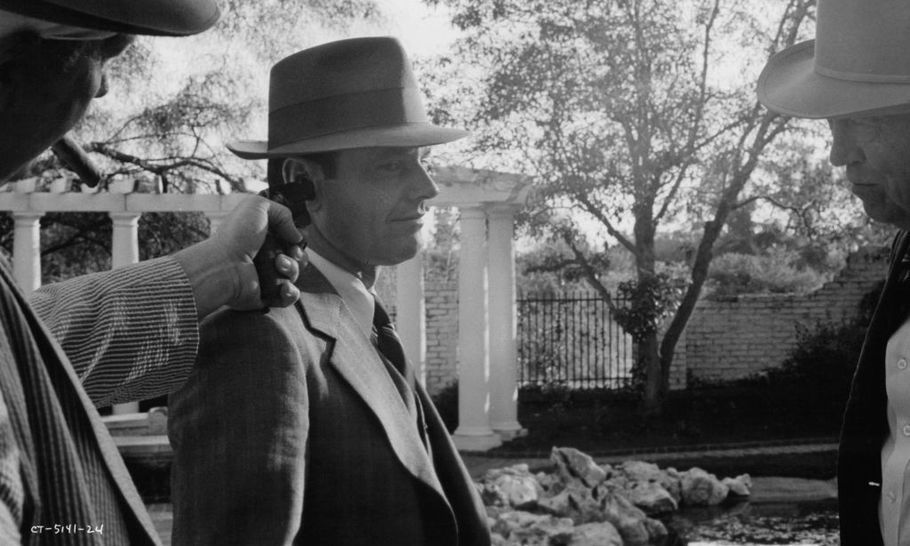 Stuck at home over these past weeks, what have you been watching on TV? Some of my top recommendations would be detective shows. Sherlock, of course, on BBC iPlayer. It’s perhaps the best TV drama made in Britain in the last ten years. The complete five series of Luther, with Idris Elba, are also on iPlayer. Babylon Berlin, Weimar noir, originally shown on Sky is now available on DVD.

Then there are the best of the American TV detective shows. Bosch, with Titus Welliver as the tough LA homicide cop, created by writer Michael Connelly. Goliath is also on Amazon Prime, with Billy Bob Thornton as the hard-drinking lawyer, Billy McBride. He’s a burnt-out lawyer, but he might as well be a detective. And, of course, four seasons (so far) of Fargo, brilliantly cast, based on one of the best Coen Brothers films.

What do these series have in common? They are all urban: from Sherlock Holmes’s flat in Baker Street to shabby Weimar Berlin and sunlit Los Angeles. The central figures are all men. From Sherlock and Sam Spade to Jack Nicholson in Chinatown and today’s TV detectives, the detective story has always been about a certain kind of damaged man. The autistic Sherlock, the drunken McBride, the difficult Harry Bosch. Killing Eve tried to give a feminist twist to the genre, but after the brilliant opening series it’s gone rapidly downhill. The third series is almost unwatchable and there are worrying rumours that despite having ruined a great series, the BBC have foolishly commissioned a fourth.

The detectives are not just men, they are middle aged men, in their 40s or 50s. Old enough to have been damaged by war: we first meet Dr. Watson limping from a war wound from the North-West Frontier, Inspector Rath in Babylon Berlin served in the German army in World War I, Harry Bosch saw action in Iraq and Afghanistan. These wars may be over thousands of miles and 130 years apart, but they were all terrible, damaging wars and these men are the walking wounded, like Lord Peter Wimsey still suffering from shell shock.

Many of the TV detectives — Luther, Bosch and McBride, in particular —  are themselves violent, almost out of control. They are also mavericks, outsiders, unable to fit in. They are constantly rubbing up against organisations, especially their superiors in the police. They have a partner, a sort of long-suffering raisonneur who puts up with their anger issues.

And then, of course, there are the criminals they are dealing with. Alice Morgan, homicidal maniac, brilliantly played by Ruth Wilson in Luther. Strange criminal masterminds like William Hurt’s character in Goliath, Moriarty in Sherlock or dark conspiracies like the proto-fascists in Babylon Berlin. Worse still, terrible things are done to women, especially prostitutes, and to children. Perversity is everywhere. There are dark secrets from the past and attempts to cover them up. One of the key plots in Bosch, is his attempt to find out who killed his mother and was the murderer’s identity covered up?

Everywhere, crucial evidence is concealed, the detective’s sanity is questioned, but he always triumphs in the end, returning to his lonely apartment. But his triumph is always mixed: too many have been killed or suffered along the way, the cost of justice is almost unbearable.

In recent years, there has been a new twist, a sort of mini-genre. Perhaps the best examples are Fargo and No Country for Old Men, the Coen Brothers film based on the Cormac McCarthy novel. A terrible, crazy kind of evil seems to be on the loose — a motiveless malignancy. Everything ends in bloodshed and murder, and this new kind of evil is set alongside the decency, domesticity and family life of the policemen and women trying to contain it.

And then there is modern society. Corporate fat cats, corruption everywhere, mayors, lawyers and police commissioners who have been bought off. The ordinary decency of the small citizen is almost overwhelmed by the dark interests of modern-day LA or 1920s Weimar Germany. It’s as if the modern world itself is on trial. And then there are the dark vices of today’s world: drink, drugs, child murder, sexual perversity.

Today’s TV detectives go forward and fight on our behalf.  They battle their own demons, but also ours. No sooner have they locked up or killed one villain, than another comes to take their place. It’s a modern version of the story of the hydra. There will always be another crazy killer for Luther, Bosch or Sherlock to battle with, with all their strength and ingenuity — but at what cost to them and their loved ones?