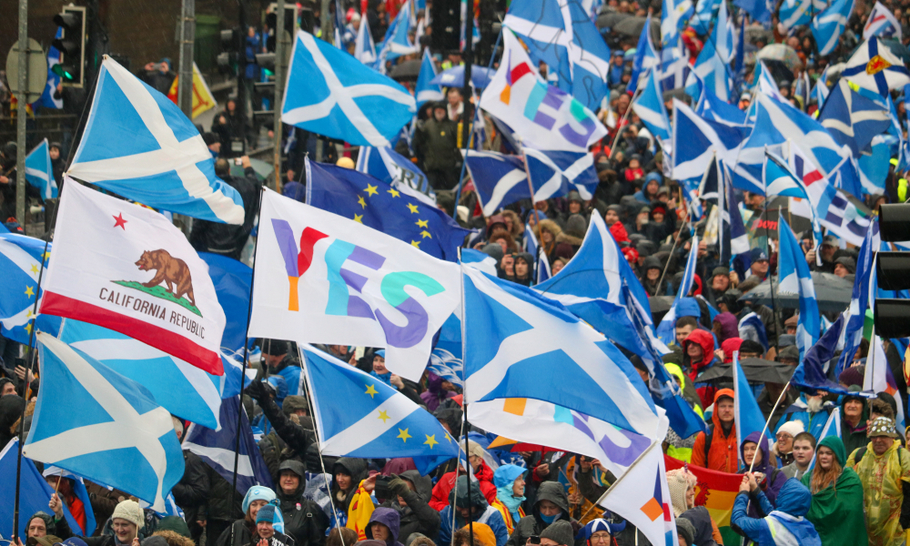 As expected, Boris Johnson has said no to Nicola Sturgeon’s demand for a second Scottish independence referendum. This will not have come as a surprise to anyone in the SNP, the Scottish electorate as a whole, or indeed anyone who follows politics. It all had the air of inevitability.

Constitutional stand-offs between the UK and Scottish governments are not the sort of things we are used to in the UK. They usually muddle along together. What are the long-term consequences for Scotland and the UK?

The first indyref, in September 2014, came about through a Section 30 order — as set out in the Scotland Act 1998. This temporarily devolved the power to hold a vote on independence, which is normally a reserved matter. But, when in June 2016, the UK voted 52:48 to leave the EU and Scotland voted 62:38 to remain, the SNP are now emboldened.

Despite Sturgeon’s determination, there will be no indyref before the 2021 Scottish Parliament elections. Johnson’s government has no intention of granting a Section 30 order.

That will make the 2021 elections a singe issue vote — who should decide the future of Scotland? SNP and independence supporters will argue that it should be the decision exclusively of the people of Scotland. Pro-union voices will remind them of Alex Salmond’s comments in 2014, when he called the vote a “once in a generation” choice.

The problem with Johnson’s position is that continually saying no if the majority of Scots want another indyref makes independence synonymous with democracy. Sturgeon’s rhetorical position is strong.

But the Scottish government knows that an unofficial indyref unsanctioned by Westminster would be completely counter-productive.

Even so, the Scottish and UK governments have some striking similarities. Neither has a proper strategy for navigating this issue. Both are hoping that events and mistakes by their opponents will prove game-changers. Neither are offering very insightful or imaginative political positions, nor are they making explicit that they are playing a longer game than 2020-2021.

Ultimately, the future of the UK as a whole will be decided by votes in Scotland — in the election of 2021 and the aftermath. The political pluralism, intellectual ballast and wider political agenda of the SNP and independence movement will be critical in deciding how things go. This will include how the SNP adapts and responds to having become the incumbency party of the country, and how it has an open, mature debate on the strategic choices inherent in self-government.

At the same time, the UK government knows that repeatedly saying “no” comes with risks and does not remake the political weather. It needs to come up with a genuine Scottish offer that goes beyond “lovebombing” and includes offers of real substance.

Unionists must tackle the wider issues in British politics too, including how English politics evolves beyond the initial period of Brexit adjustment. A Gordon Brown piece in the Observer at the weekend — in advance of yet another keynote speech on the constitution — talked about every nationalism in the UK including “Brexit nationalism”, but could not even name, let alone talk about, British and English nationalism.

How English politics evolves will significantly influence the future of the UK or post-UK. Labour and left-wingers, as well as Tories, who continually talk about England and use it as a substitute for the UK, are adding to the hollowing out of the union, and contributing to the problem at the heart of UK politics.

An unreformed union, one which is only partially democratic, and which seems incapable of talking about radical, real change, beyond moving the House of Lords to York, is a UK political class that misunderstands the gravity of the situation.

The economic and social imbalances of the UK and the inability and unwillingness of UK politics to address these make this more than just a debate about narrow constitutional reform. It is about who has power.

If the Tories are to have a second decade in office, calls for a second indyref will become insurmountable. There is a greater chance, this time, that the SNP will win.

“It's just our time” — the women running the country's biggest newsrooms

Nationalism puts the world in danger

I am addicted to PMQs

Are the Democrats as smart as they think they are?