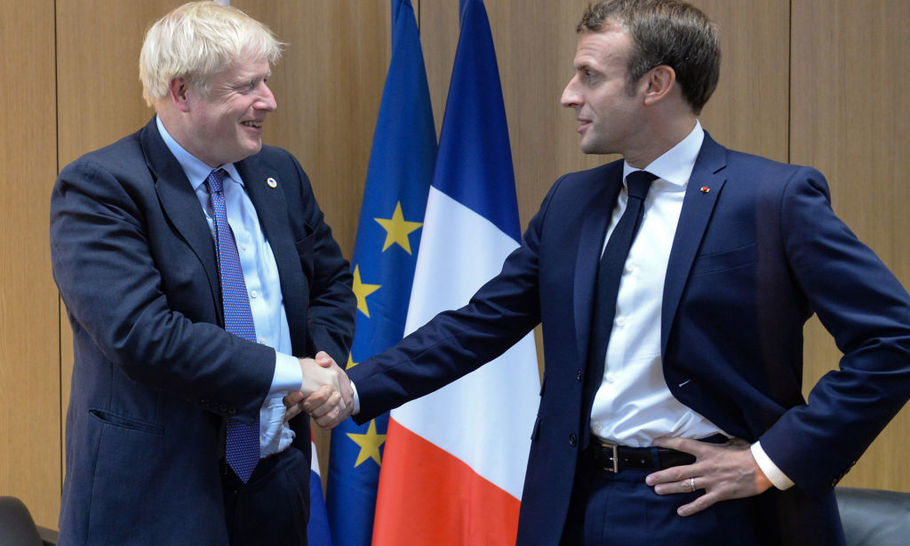 What should the Prime Minister be telling the 28 other Nato leaders who are his guests tomorrow? Here is a draft for a short speech to this shortest of summits. As he is the host, he can and should set the tone for the others, some of whom are not exactly known for being diplomatic. It is possible, though, to be frank while remaining polite — even for an Englishman.

“This gathering was planned by my predecessor, Theresa May, to mark the 70th anniversary of the North Atlantic Treaty Organisation. Why are we here? The clue is in the name. This is the institutional embodiment of the Atlantic alliance which, over the last century, has won both world wars and the Cold War. This alliance with America rescued Europe from tyranny and preserved Western civilisation. Without it, none of us would be here.

For this reason, I begin by thanking President Trump for all that the United States has done for the rest of us. The great republic that you represent, Mr President, is often subjected to unwarranted, impertinent and sometimes outrageous attacks on this side of the Atlantic. This torrent of criticism ignores the fact that your country pays 70 per cent of the cost of our defence, even though the European Union is larger and richer than the US. That is not a fair balance of burden-sharing and you, like many previous US Presidents, have every right to demand that European members should do more.

But the American commitment is about far more than money: it is about the readiness of the most powerful nation on earth to risk and sometimes to sacrifice the flower of its youth to keep the world safe for freedom and democracy. I thank you, Mr President, on behalf of the British people. And I hope I can speak for all of us in this room when I say that we stand united in our gratitude for the presence of US forces on European soil. For three score years and ten — far beyond the call of duty — you have stayed here and kept us safe. Rest assured, Donald, we do not take your country’s solidarity, your generosity and your friendship for granted.

In this connection, I also want to thank Chancellor Merkel for her brave words in support of Nato. I know that in your country, as in mine, speaking up for the alliance is not universally popular. But you were right to say that Nato has never been more important and that without it, we in Europe would be unable to defend ourselves. Even more than in the Cold War, we need our founding principle — all for one and one for all — to be a living reality that everyone, friends as well as foes, must take seriously.

However, I cannot refrain from observing that you, Angela, as our longest-serving head of government, have been unable or unwilling to persuade your compatriots to pay the price of Nato membership. That price is defence expenditure of no less than 2 per cent of GDP. It is a minimum and the US has always paid far more. Germany, as Europe’s richest and largest country, should have set an example in this regard. But it has not done so. That can and must change if Nato is to last another seven, let alone seventy, years.

It is not as though the threats have vanished or even diminished. On the contrary, they have multiplied. Yet we are still primarily focused on the threats of nuclear war and cyberwarfare which emanate from Vladimir Putin’s Russia. And some have concluded from this strategic continuity that Nato is “brain-dead”.

I turn now to you, President Macron. If Nato were brain dead, then this room would be a mortuary. Our gathering would be no more than a memorial service for an extinct alliance. With respect, mon cher Emmanuel, that is nonsense. When last I looked, France was still a member of this alliance. Yet your own brain is hardly dead. Indeed, you are perhaps the most cerebral of us all. There was a time, under the great predecessor whom you admire so much, General de Gaulle, when France withdrew from the military command structure of Nato and went its own way. But that time is long past.

I do not need to remind you that, as the President of the French Republic, you have a responsibility to your allies. So please explain to us why you think we should trust Vladimir Putin, who has annexed Crimea, invaded Ukraine and Georgia, dominated Syria and ordered assassinations in London and Salisbury? I have no quarrel with the Russian people — my name is Boris, after all — but it seems that President Putin has a quarrel with us.

Islamist terror is a grave threat to us all, of course, which is why Isis had to be defeated; but why do you think terrorism is now a bigger threat than that of Russia or indeed a nuclear-armed Iran or other rogue states? And please tell us why you believe that the European Union could or should supplant Nato? What makes you think that it is desirable or even possible for a trading bloc to morph into a military alliance? When and where has this ever happened before, apart from the 19th-century German Zollverein, or customs union, which Bismarck unified into the German Reich with “blood and iron”? Did that end well for Europe — in particular for France?

Throughout our history, Britain has always played a balancing role. We are Europeans but we are also Atlanticists. We see no contradiction between the two. Though we are leaving the EU, we hope to remain good Europeans as well as staunch allies of America. To those who call us “Anglo-Saxons”, I say yes — we are proud to be descended from those ancient European migrants and others from practically all the countries in this room. I myself have a Turkish ancestor.

The British, however, will not let this great Atlantic alliance fall into disrepair, let alone consign it to the dustbin of history. Nato has a bright future, as long as we do not fall out among ourselves. United we stand; divided we fall. And make no mistake: if we fall, the free world falls with us.”