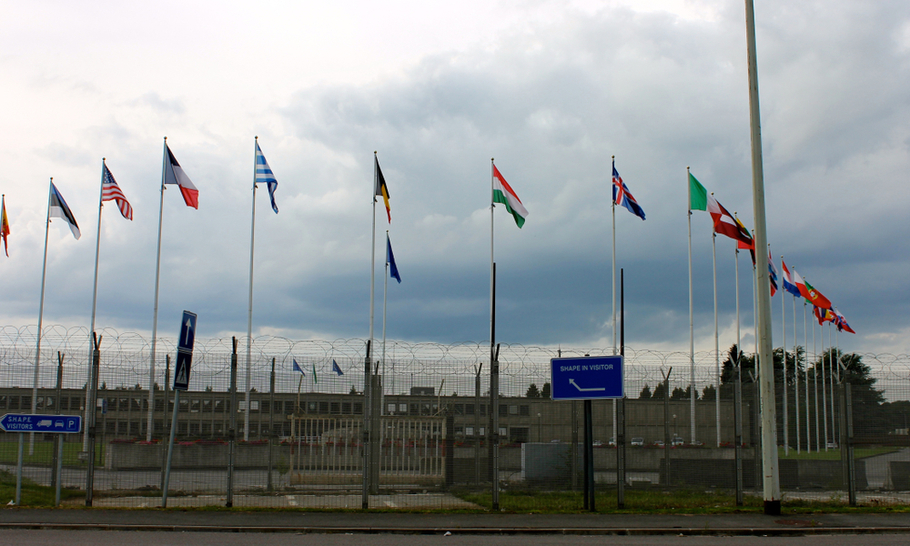 The President of France is not prone to self-doubt. In a recent interview with the Economist, Emmanuel Macron pronounced Nato “brain dead”, with the same Jupiterian (his word, not mine) assurance that accompanies his views on most issues. This provoked a sharp response from one of the other resident egos in the 29-nation alliance, when President Erdogan of Turkey replied that it was Macron who was deficient, not Nato.

At which point nice Mrs Merkel chipped in to say Nato was more essential to the security of Europe than ever. Mr Trump, meanwhile, has kept his own counsel, which has a certain novelty value. All of which sets the scene for the Nato Leaders’ Meeting to be held just outside London this week.

No doubt the resulting communiqué will smooth over any unpleasantness, but as America moves increasingly in the direction of Jacksonian isolationism and Europe starts to get serious about what it calls strategic autonomy, it’s a debate that will not go away. The proximate cause of the current spat, predictably enough, is money and the reluctance of America to foot the bill for freeloading Europeans.

But, beneath this are diverging strategic destinies, which may in the near future concentrate US interest on China and the Pacific Basin. European attention, meanwhile, may become more focused on continental defence and a global expeditionary capability as part of the muscle-flexing that comes with a stronger collective identity.

So what would the implications be if America became semi-detached from the security of Europe? Articles like this normally go on to list a rise in the risk of Russian adventurism, the difficulties of gaining the political consensus from European leaders, as ideologically distant as Victor Orbán and Emmanuel Macron, that would be needed to guide military action, and, as a footnote, a little light speculation on where all this leaves Brexit Britain. Rather than retrace this well-worn path, it might be more interesting to look at it through the lens of three national capitals: Berlin, Ankara and Paris.

The view from Berlin is unique in that it takes in not only strategic self-interest but also the weight of history. In the 150 or so years that Germany has existed as a unitary state it has been, variously, a hereditary monarchy, an imperial power, an anarchic mess, a liberal democracy, a murderous dictatorship and, latterly, doyen of a collective European liberal order. It has fought and lost two world wars and suffered human loss on a scale that only Russia can compare with.

It has to its name the abomination of Auschwitz and the act of supreme moral generosity that welcomed a million refugees in 2015. It has always been two countries. Germany to the west of the River Elbe is steeped in the traditions of Enlightenment pluralism; to the east of the Elbe there is the legacy of totalitarian militarism left by the Teutonic Knights and the Prussian state.

After the wars of unification it fought in the 1860s, it became too big, too rich, too populous and too powerful to be confined by the traditional European device of the balance of power, and it was not until America intervened in the First World War in 1917 that the balance was restored. America has been here ever since, but, if it goes, there is always the danger that the weight of Germany will simply bend Europe out of shape again.

So it’s complicated, and nobody understands that better than the Germans, many of whom would prefer to avoid the responsibility that their version of manifest destiny places on them. The current situation of being an economic power of limited strategic ambition and flourishing under an American security guarantee suits this quietist view very nicely, as Merkel constantly makes clear.

But that may not be available in the future and what happens if it has greatness thrust upon it? It’s impossible to say, but the one thing that is clear is that, given its history, any sense that Germany in 25 years’ time will exactly resemble what we see today is utterly illusory.

And then there are the purely practical issues. To simply meet the Nato par of 2 per cent of GDP devoted to defence spending would give Germany the third (after the US and China) biggest defence budget in the world. That may well lead to some unease for those with long memories; more immediately, it would lead to an expansion of the German armed forces that would almost certainly be impossible to man on a volunteer basis.

The obvious solution would be to reintroduce conscription, abolished in 2011, but for which the German constitution still retains provision. There is no causal link between military service and the nature of domestic politics, but conscription on the scale required would have fundamental implications for the German social contract.

“Whither Europe?” may not be a terribly relevant question to ask in Ankara, a city in central Anatolia, and that’s precisely the point. Having been humiliatingly rejected by the European Union and casting around for a role commensurate with its size, cosmopolitan nature and history, Turkey has the choice to take or leave Europe, and Nato membership is one of the few things that keeps it nailed on to a European identity. President Erdogan has in short order challenged the Kemalist foundation of the Turkish state and made his country into a major player in Middle East politics.

Given this track record for militancy, ditching an alliance that has served its purpose and putting some distance between Turkey and a European continent that treats it with contempt would be no big deal. Seen from Ankara, European strategic autonomy might have an exclusive internal logic that leaves no place for Turkey and would force the country to seek a strategic accommodation with Russia, its historic rival but now an expedient ally in the carve up of Syria. To lose America’s commitment to the security of Europe would be unfortunate, but to lose Turkey’s at the same time would be negligent.

Which brings us to Paris, or, more precisely, the current resident of the Elysée Palace. If there is a single motive force behind a European defence identity, it is Emmanuel Macron. His conviction owes something to an analysis that sees America as an unreliable ally, something to his view that Europe punches below its weight and something to a sense of individual and national grandiosity that are difficult to separate. In terms of big ideas, he may have a point; in terms of worked-out detail, he has some way to go.

Nato currently has just about sufficient conventional forces to meet Russian aggression and a nuclear inventory to act as a deterrent if conventional forces fail. Command relationships are well established and the transition from conventional to nuclear warfighting well rehearsed. In addition, the American nuclear inventory of different-sized weapons permits the concept of deterrence within a nuclear exchange, and the existence of separate nuclear decision-making centres in Washington, London and Paris complicates the choices Russia would have to make. The subject is grotesque, but the overall effect is to make the initial aggression much less likely in the first place.

Compare that to an EU-based force where Germany would lead the conventional battle and France the nuclear battle. Where Paris would be a single nuclear decision-making centre, where the limitations of the range of some French nuclear weapons would mean they detonate on German soil and the lack of integration within the French nuclear inventory would leave a choice between surrender and blowing up Europe. Does that sound credible to you?

Me neither, and the only effect would be to make the chance of Russia chancing its arm all the more likely. For a man who trades on his intellectual sophistication, Macron might better master the metaphysics of deterrence before announcing Nato “brain dead”.

He is also surely wrong to consider terrorism the main threat to France and Europe. Terrorism can dismay and disrupt but it cannot, alone, pose an existential threat to a coherent nation state. The danger to the state comes when its responses are punitive and disproportionate, and, as a result, factional terrorism grows into a more popular alienation within wider society. On a global scale, the consequences of America’s response to 9/11 represent a standing caution against over-reaction. If Macron is sincere in his view, then it seems he has less faith in the durability of French civil society than most of us.

Where he is absolutely on the money, however, is in drawing attention to the growth of terrorism within the Francophone Sahel. The West has become reluctant to dirty its hands in other people’s fights, but what is happening across north central Africa from Mauretania to Chad, via Mali, Burkina Faso and Niger, is of an equivalent scale and significance to al Qaeda in Afghanistan. Guarding the trans-Saharan refugee routes to the Mediterranean, this is perhaps the one example where an autonomous European force really might play a significant role in the future and where French leadership is vital now.

There are clear centrifugal forces that may split the Nato alliance, but the balance of argument still lies with applying the sticking plaster for now. There is no better idea out there — start drafting the communiqué.