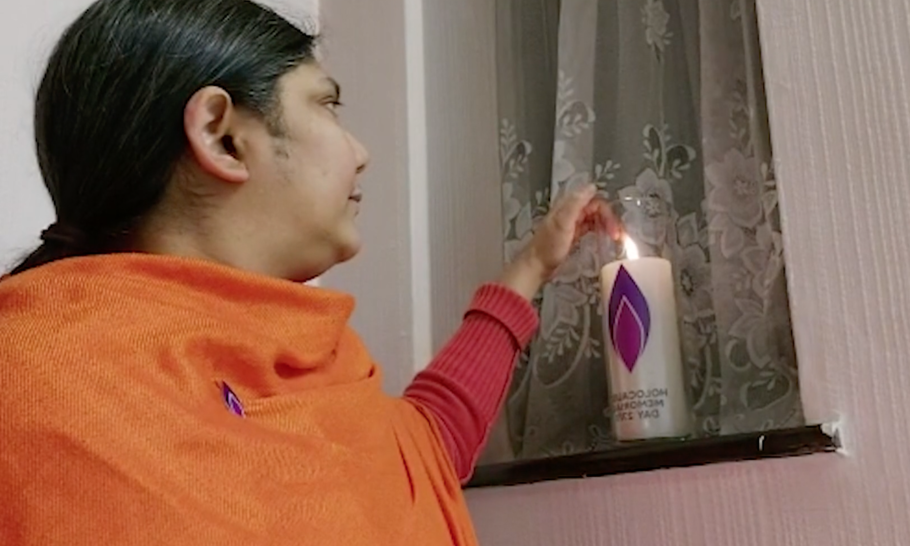 Over the past few days I have seen three events, all about people coming together.

President Biden’s inauguration was deeply moving. Perhaps it will even be a major turning-point in modern American history. After the crazy Trump years, seething with what Philip Roth once called “the indigenous berserk”, Biden’s repeated calls for unity and respect could not have been more timely. The words “unity” and “united” echoed through his speech.

On Holocaust Memorial Day a video was posted of people lighting candles as a tribute to those who died and suffered during the Holocaust and in subsequent genocides. What was special about this video was that no one spoke. People from different faiths, ethnic groups, political parties, parts of the United Kingdom, lit candles in silence with respect.

Then, more recently, black MPs from both the Conservative and Labour parties appeared in a video appealing to black people in Britain to overcome their fears and reservations and get the vaccine. Again, what was so impressive was that people from different parties came together in a common cause.

These images were powerful because of their timing. Like the United States, the United Kingdom has rarely been more disunited since the war than it is today. The SNP threatens to break away. Who knows if Wales may follow, disillusioned with both their current Labour government and the UK Tory government? Northern Ireland might be tempted to join the Republic in order to return to the EU.

Then there is the North/South divide, deepened during the social conflicts of the Thatcher years and the economic hardship since the financial crisis. Local politicians, like Andy Burnham, have exploited the disastrous problems with Covid and the economy to create further tensions.

Brexit, of course, was the biggest divide of all, made worse by the narrow margin of victory in the 2016 referendum and the deeper cultural wars it fed off.

Then there are the new culture wars. Black Lives Matter, generational divisions, an angry wokish Left, a new censorious intolerance in the universities and none of this helped by a Labour Party which has lost much sense of national unity or, especially at times under Jeremy Corbyn, any sense of patriotism or a shared Britishness. During the political crisis of 2016-20, Corbyn and his closest associates only made matters worse. As Theresa May’s government faltered and Johnson’s first government faced a serious logjam, unable to pass key legislation in the Commons, Corbyn had no intention of putting the country’s need for unity first.

Corbyn has gone, but the other problems of disunity remain. The question here is, as in America, where are the voices for harmony and reconciliation? Who will bring a fragmented nation together?

At this crucial moment there is a lack of national leadership. The Lib Dems have never had such a woeful succession of leaders and Sir Ed Davey doesn’t seem to have grasped the seriousness of the situation for his party or, more important, for the nation.

Worse still, compare Sir Keir Starmer’s Shadow Cabinet with Blair’s in the 1990s. The divisions within the Labour Party and the lack of talent in crucial posts is astonishing. A low point came last week when the shadow Foreign Secretary Lisa Nandy compared Trump’s tacit support for white supremacists during riots in Charlottesville in 2017 and the Prime Minister’s criticism of left-wing protesters who defaced a statue of Winston Churchill during protests in the UK last summer. During this nation’s worst health crisis in memory both Sir Keir and Jonathan Ashworth have constantly criticised the Government. They have failed to speak the language of national unity even though a hundred thousand British people have died. In the meantime, impressive figures like Yvette Cooper, Hilary Benn and Stella Creasy are confined to the back benches. Such a waste of talent.

Brexit has left numerous leading Conservatives either outside Parliament altogether or on the back benches. Again, too much talent is wasted on the back benches and parliamentary committees, including Robert Halfon, Jeremy Hunt, Sajid Javid, Maria Miller, Mel Stride and Tom Tugendhat, among others. Many more left Parliament before the last election. It is astonishing how few have survived from Mrs May’s two cabinets, just a little while ago.

Surely, it is time for new alliances to emerge, time to stop wasting so much political and intellectual talent, time to tackle the kinds of disunity that threaten British life today. I hope when the next Cabinet reshuffle comes, the Prime Minister will look for talent wherever he can find it: Remainers, perhaps politicians from other parties, or people who are not even politicians. Above all, I hope he and the other political leaders of the United Kingdom will stop squabbling, find a new tone of reconciliation and call for unity. It is what most people are desperate for. Let Biden’s powerful words for his fellow Americans and these two dignified videos set a new example for a nation in crisis.