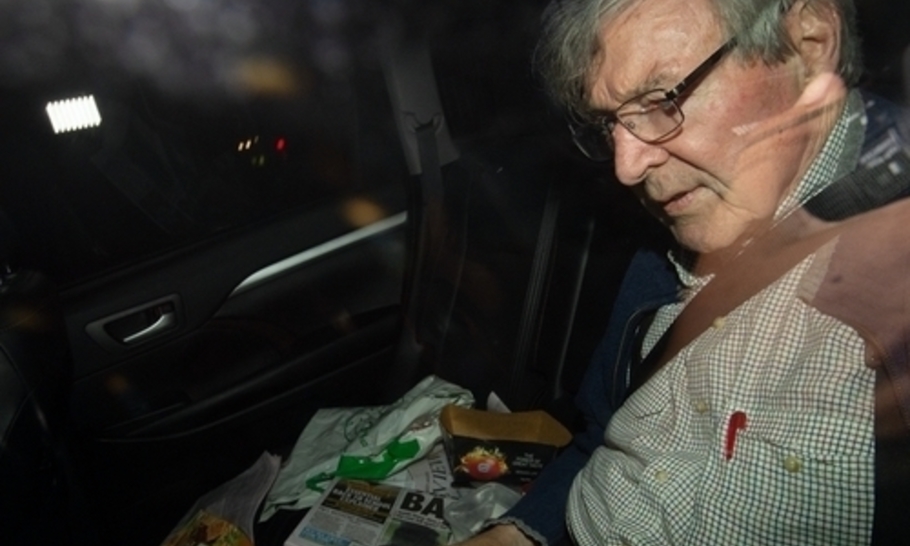 On June 29 2017, the day he was charged by Australian police with historical sexual abuse, Cardinal George Pell was the third most powerful Catholic cleric in the world. In 2014 Pope Francis had appointed him to head the newly created Secretariat of the Economy, which had authority over all the finances of the Holy See and the Vatican. After a series of high-profile scandals going back decades, his task was to modernise and overhaul financial operations and stamp out corruption. At one point he discovered more than €1 billion that had not been registered on the accounts. This was the result of amateur incompetence, not corruption, but he also found evidence of the criminality that thrives in such conditions. His investigations were often met with incomprehension (“we’re a Church not a business”) and opposition.

The Cardinal could have claimed diplomatic immunity and remained in Rome. But, despite his age (77) and ill-health, he returned to Melbourne to defend himself and the Church against the charges. The central allegation was that, while Archbishop of Melbourne in the 1990s, he had sexually assaulted two choristers after Mass in the sacristy of St Patrick’s Cathedral. One of the boys had since died, so the only direct testimony was that of the other complainant, now in his thirties; there was no physical evidence or witnesses to corroborate the charges and Pell felt confident that, given his excellent legal team and the weakness of the prosecution case, he would be found not guilty.

But Pell had not reckoned with the hysteria that his case unleashed. In his introduction to Volume 1 of Prison Journal (Ignatius Press) George Weigel, the American Catholic theologian, quite reasonably compares the sulphurous atmosphere surrounding Cardinal Pell, especially in his native state of Victoria, to that provoked by the Dreyfus Affair in late 19th-century France. It amounted to a witch-hunt and character assassination extending over several years. Large parts of the media bayed for his blood, none more so than the taxpayer-funded Australian National Broadcasting Corporation. Anti-Catholic prejudice was compounded by the Cardinal’s social conservatism and sceptical views on climate change, an incendiary subject in Australian politics. Tim Minchin, a popular musician, released a song, calling him a “coward” and “scum”, that is still available on YouTube.

The first jury was dismissed after being deadlocked for five days, but at a retrial the jury returned a guilty verdict. The Cardinal was remanded in custody and on March 13, 2019, in a live broadcast, he was sentenced to six years, of which he was ordered to serve three years and eight months before being eligible for parole. For Weigel it bore “the hallmarks of a slow-motion political assassination by judicial means”.

The Prison Journal opens on Pell’s first night in solitary confinement at Melbourne Assessment Prison and ends in July 2019, as he awaits the result of his appeal to the Supreme Court of Victoria. The entries record the daily routine, the weather during the two lone exercise periods, which he also uses for daily meditations, his physical conditions (firm mattress, hot shower, aircon), food (too much, usually cold), the sounds filtering through from other prisoners – often dreadfully disturbed shouting and banging, sometimes a snatch of Muslim prayer.

He is allowed six books and six magazines, a prison rosary, and, after a few days, an electric kettle and a television. Having watched very little TV before, he tunes in at 6am for Mass for You at Home, sport and documentaries – Michael Portillo’s railway journeys are a favourite. As a republican, he is surprised by how much coverage there is of the royal family. He reads War and Peace, solves Sudoku puzzles and manages to restrict himself to a few squares of Cadbury’s chocolate a day. There are regular visits from lawyers and family members, medical appointments, gym sessions and the humiliation of strip searches. Once a week he receives Communion from the prison chaplain, and he reads and comments on a passage from the breviary every day; the Book of Job is excellent for settling into prison life. There is plenty of time for prayer.

If Cardinal Pell had never expected to end up in prison, neither did he anticipate the quantity of letters from supporters that arrived from all over the world, overwhelming the capacity of the prison censor. Many were devout Catholics offering up their prayers, some recounted dreams claiming to predict the future, but plenty of the correspondents were ex-Catholics or non-believers. “The baying of the green-left wolf pack seems to be overpowering justice in your case,” wrote one who described himself as “barely an agnostic”. The Cardinal’s comments on these letters, as well as the religious texts he studied, reveal his thinking on many subjects, from identity politics to redemption through suffering, Aussie rules football (he had been a talented player) and the difficulty of forgiveness. “I have no enormous difficulty forgiving my accuser, recognising his own sufferings. It is more of a challenge,” he admits, “to forgive those around him and those who destroyed my good name in the media.”

One question that preoccupies him is whether the prosecution narrative was deliberately constructed in stages. Why did the police wait two years after first receiving J’s allegations before taking action? Why did J change his story so many times? He reads an article, “Borrowed Testimony”, by the editor of Quadrant, the monthly cultural magazine, drawing attention to the similarity of his case with one in Boston involving assault on choirboys in a sacristy. Cardinal Pell also studies a series of articles by Chris S Friel, a Welsh theologian, previously unknown to him, who has exhaustively unpicked the narrative of a very negative book by the ABC investigative reporter Louise Milligan, published shortly before his trial. It all contributed to the hysterical atmosphere in which someone had to be held to account. Cardinal Pell admits that the Church has much to be guilty of, particularly in the realm of paedophilia, but believes the Australian Church had broken the back of the problem by the mid-1990s and regrets that they did not make the work of Operation Plangere public until the Royal Commission in 2015.

Volume 2, published in April, covers the shock of the loss of his first appeal by 2 to 1 and the power of Judge Mark Weinberg’s dissenting opinion, which convinced the Australian High Court to hear a further appeal. He argued that by making the complainant’s credibility the crux of the matter, no evidence of an actual crime was required, nor any corroboration of the allegations. All that mattered was that the complainant seemed sincere. On April 7, 2020 the High Court overturned all convictions in a 7-0 decision.

At the request of Pope Francis, the Cardinal returned to his job in Rome in October, but another question hangs in the air. Was there a link between his reforming work in the Vatican and the accusations?  There is an unexplained transfer of €700,000, from the Vatican department he was investigating, to a company in Australia in the years when the case was being prepared, but no proof of any foul play. There is also an internal recording on which, roughly translated, an official said: “The road has opened up before us. Pell is in jail, he’s out of the game.”

Interviewed for the BBC World Service recently, Cardinal Pell told Colm Fynn that he had never despaired in prison, for if you believe in God then you have the consolation of knowing that peace, harmony and justice will be yours in the afterlife. Non-believers reading his journal will rejoice that justice arrived a bit earlier.