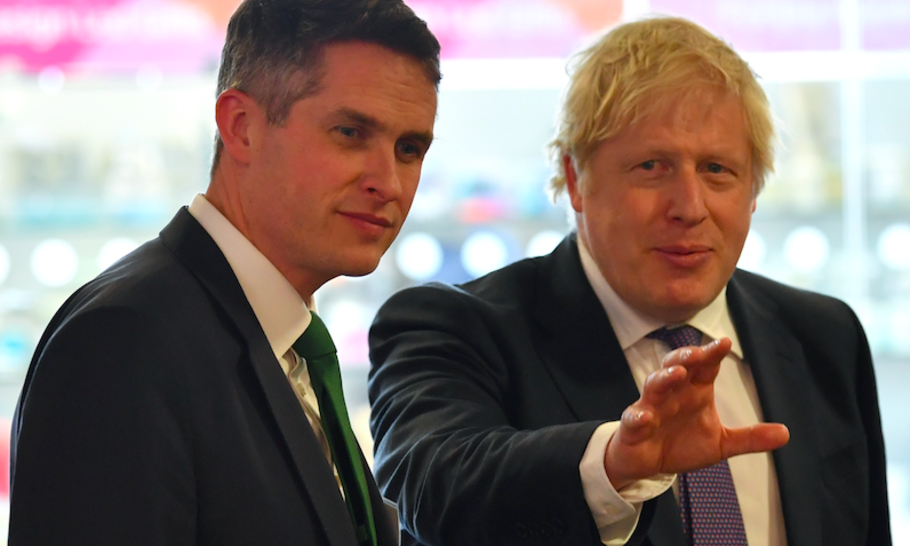 My partner Fiona Millar, who knows a lot more about education policy than I do, threw out an interesting rhetorical question as she surveyed the mess of the A-Levels marking fiasco. “Could you ever imagine anything like this happening under David Blunkett?”

A school governor and chair with several decades experience, she was never backward in coming forward to criticise New Labour on education, but inherent in the question were four absolute absolutes about Blunkett. First, he saw education as the key to individual fulfilment, and a country’s social and economic success. Second, he was driven by a passion to improve educational opportunities for those at the lower end of the economic scale. Third, he had total backing from the top. And fourth, he had basic competence that meant he could deliver on a vision.

Could anyone, even his family, friends and fellow former fireplace salesmen, say the same of Gavin Williamson? A man who was sacked from his role as Defence Secretary for leaking secrets from the National Security Council, and who so memorably told Russia to “go away and shut up”. In the wake of the A Level catastrophe, a tweet circulated claiming Williamson warned about the dangers of students being given flattering grades which would lead to them being “promoted beyond their abilities.” It wasn’t true — he never actually said it. But the fact the phrase stuck to Williamson like glue tells us a lot about how the public sees him.

But it is all too easy to take it out on a man who has led to a revival of interest in “Dad’s Army”, and the trending on social media of “Private Pike”. Yes, he is clearly out of his depth, and an easy figure of fun. However, I have two points in Williamson’s defence (sort of.) First, as soon as it was clear exams were not going to happen, there was no easy solution; and second, recent events reveal deeper truths about the Johnson government, that go way beyond one minister’s lack of grip. These truths not just about competence, but about values, and the way they do politics.

On the competence question, I find it genuinely difficult to think of a single thing that the Boris Johnson government has actually done well, apart from political and news management, helped by a pliant media.

On Covid, they’ve led us to a higher excess death rate than anywhere else in Europe, and a litany of failures on key challenges such as PPE, and test, track and trace. On Brexit, they’ve failed to secure either the oven-ready deal promised in the election, or the trade deals they assured us would be ready to sign the moment we left. They’ve saddled us with the deepest recession of any country in Europe.

And now we have the exams fiasco, their response to which is not to fix it but to cast around for a distraction, hence the imposition of quarantine on people returning from countries which have made a far better job of dealing with Covid than we have. As French journalist Marion Van Renterghem texted me yesterday: “Si Johnson était en France il y aurait des manifestations tous les jours et la grève générale.” OK, the French protest more than we do, but in saying that a government such as Johnson’s in France would have led to daily protests and a general strike, she is not alone in wondering how long incompetence and venality on this scale can go on without people taking to the streets.

For Johnson, Michael Gove and Dominic Cummings, everything is political. Gove was once where Williamson is now, and Cummings was his right-hand man. They declared war on the so-called “blob” of the educational establishment, and made unnecessary reforms to exams which have made the current situation far worse. They also tended to see State School heads and teachers as enemies. That same attitude is what has helped make them so resistant to the idea of teacher assessment having a role in deciding what grades school students should receive. This is where we get to their values.

When the Home Secretary Priti Patel promises new asylum laws that will “send the left into meltdown,” you get a sense of what motivates these people. It is not dealing with problems. It is weaponising them. This approach starts at the top. Take another education issue, the effort to get children back into the classroom. Johnson had one goal and one goal only — not to get the schools full again, but to seek to portray Labour and the unions as being hellbent on keeping them shut.

Anyone who has ever read his columns down the years knows that for Johnson, politics is a game. It’s a fun game, because play it well and you become famous, popular with many, you have access to money and people with more money, and you have power and patronage to reward your friends and punish your enemies. That is the political game that gets Johnson up in the morning. His motivation is not improving the life chances of children in the poorest parts of Britain. It is in devising the lines and slogans that make their parents think he does. He talks the talk for the many, while cementing power for the few — his circle, his few.

Whichever way you cut the Covid crisis and the Brexit mess, laziness, arrogance and lack of attention to detail are big factors in these twin failures. They apply too to the exams situation. Even accepting there was no easy, perfect way of doing this, could they have handled it any worse if they tried?

So we trust universities to decide the outcome of degree courses. But we can’t trust schools. We have to trust an algorithm. And guess what, the algorithm predicts good grades for the kind of school Johnson and his pals went to, and not so good grades for children in schools in poorer areas. Except they aren’t predictions. They are results. They have consequences. And I think of the call from a teacher in Leicester yesterday who saw his A* pupil in tears at the B she was given by the algorithm for an exam she never even sat, and the exams official in tears because he knew he just did not have the time, energy and resources to fight all of the injustices that the algorithm had inflicted.

“Levelling up”… that is one of Johnson’s favourite slogans. It is meaningless without a commitment to raising standards in primary and secondary schools, and giving all pupils the skills and opportunities to make the most of themselves. When it came to finding a practical solution to a real problem, they decided to make it, literally, a levelling down. Not for the Eton boys of course, but for the children in schools Johnson only ever steps inside to record one of his home videos to tell us how well everything is going.

I am getting on a bit to be leading the charge to the streets. But if I was one of the children whose life has just been damaged by a plan allegedly aimed at protecting the integrity of the exams system, when no exams were sat, I’d be out there now, and I’d insist my parents came too.