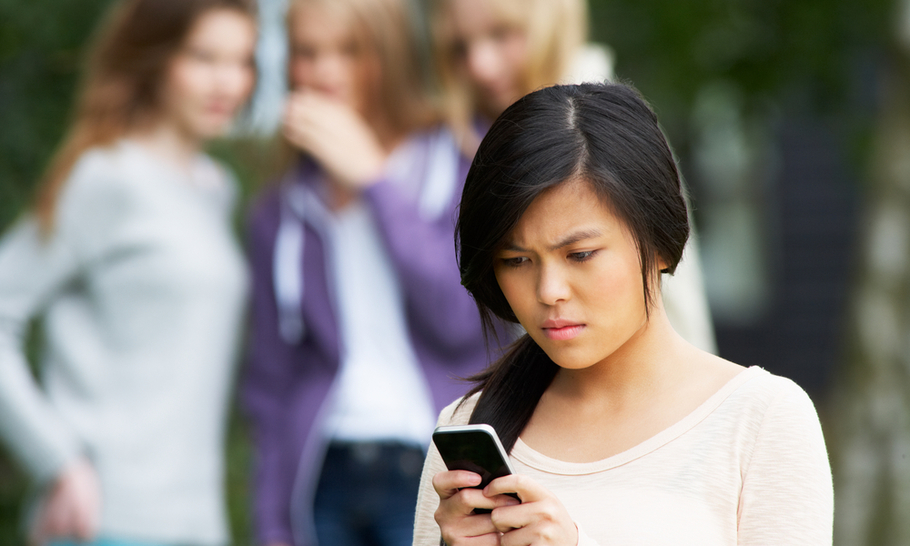 The reality and repercussions of bullying and cyberbullying in a child’s life have been widely known and accepted for years now. To illustrate the prevalence of this serious issue, a recent survey the Cyberbullying Research Center conducted found that 52 per cent of 12- to 17-year-old students had been bullied, and 17 per cent cyberbullied within the last 30 days.

Teenagers who have been bullied are more likely to suffer academically, emotionally and psychologically. Indeed, the impact of bullying can last a lifetime, and every year the problem affects a meaningful number of youth.

With the ubiquity of smartphones and an array of different apps and messaging platforms available these days, it is increasingly easy for perpetrators to reach and then intimidate or threaten their targets. This issue may very well get worse, as Covid-19 has ushered in greater remote learning and amplified the use of digital technology for children to interact with each other.

Most cases of bullying happen within a school environment. Schools are meant to be places where students feel safe, supported and can focus on their education in an environment free from harassment and abuse. It is imperative that the school implements policies and programmes that ensure this happens by preventing and addressing all forms of bullying in a systemic and enduring way.

For example, bullying and cyberbullying can inflict clinically-diagnosable trauma, and as such, schools are increasingly moving towards providing “trauma-informed care”. In this context, teachers are trained on best practice in handling a bullying incident, and to never trivialise the issue or experience. Robust policies are developed and implemented to prevent and respond to the issue, and comprehensive programmes proven effective by research are put into place to meet the needs of all students, especially those most vulnerable.

Interestingly, the Swiss private school Institut Le Rosey – known as “the most expensive school in the world” – has been found to have been deliberately indifferent to the well-being of one pupil who was severely bullied and traumatised. Mr and Mrs Oswal, the parents of the pupil, were forced to take legal action against the school after staff and senior management continually ignored pleas to intervene in repeated instances of bullying against their daughter.

Like many cases, it began with minor incidents of mocking and taunting from multiple students. From the outset and throughout, teachers downplayed what was happening and, as a result, the aggressive behaviour persisted – eventually escalating to more serious in-person bullying. Concerningly, this included multiple incidents of bullying where the pupil’s race and religion were targeted. Such identity-based victimisation is classified as a hate crime in various countries around the globe, underscoring its seriousness.

The perpetrators subsequently switched to cyberbullying and cyberstalking, even harassing the student long after she had been forced to change schools. Institut Le Rosey’s failure to act or respond to reasonable requests for meaningful modifications to allow the student to be in a more comfortable environment served to exacerbate the harm and trauma experienced by the child. When confronted with substantial material evidence, rather than support the pupil, they chose to throw her out of the school without proper explanation. This is a textbook example of secondary victimisation, where victims of bullying are re-victimised due to the insensitive response of the authorities who are supposed to support them.

To this day, the school has maintained publicly that this was not a case of bullying, which betrays an inability to appreciate and capably deal with the reality of bullying among students within the school (and online). When enrolling their children, parents trust that schools will faithfully operate in the best interests of the children at all times.

In this case, the school repeatedly chose the path of least resistance, instead of taking the necessary action that could have helped to find a solution to the issue. In this situation, they needed to recognise the harm that was being repeatedly inflicted, understand and respond to the needs of the child and evaluate policies to reduce the likelihood of this happening again. Instead, the inaction of the school seems to signal a type of avoidance coping in the hopes that the issue will magically go away.

In our field, there are a number of standard and essential components to prevent bullying. First, is the implementation of evidence-based social and emotional learning programming. Second, clear and comprehensive policies are essential and must detail prohibited behaviours, consequences and remedial actions, procedures for reporting, and procedures for prevention.

Third, a protocol must be in place for responding to, investigating and following up with victims of bullying and their families. Fourth, extensive training is required for staff so that they are not left to their own discretion to misread potentially harmful situations and/or respond in inequitable ways towards certain students.

Allegations like those against Institut Le Rosey are a worrying indicator that some schools are doing the bare minimum and are failing to implement policies which would protect their students from bullying. This not only fails the student involved in each case but reduces the confidence of other students that the school and its staff will proactively and successfully handle future cases of bullying at the school. Without proper and coherent action, it is unclear how such schools are putting the wellbeing of their students first.

The Cyberbullying Research Center is a US-based think tank that employs research to address bullying, cyberbullying, and related harms among young people. It exists to uncover and share best practices in identification, prevention, and response to educators, counselors, health professionals, youth-serving organizations, families, and communities so that they can best support those under their care.

All opinions expressed by The Cyberbullying Research Cente in this article are solely their own opinions and do not reflect the opinions of TheArticle or its parent company The Quad Journal Ltd. The Cyberbullying Research Cente opinions are based upon information they consider reliable, but neither TheArticle nor its parent company The Quad Journal Ltd warrant its completeness or accuracy, and it should not be relied upon as such.

bullying Children Cyberbullying Research Center Online Technology
We use cookies to ensure that we give you the best experience on our website. If you continue to use this site we will assume that you are happy with it. Ok Privacy policy