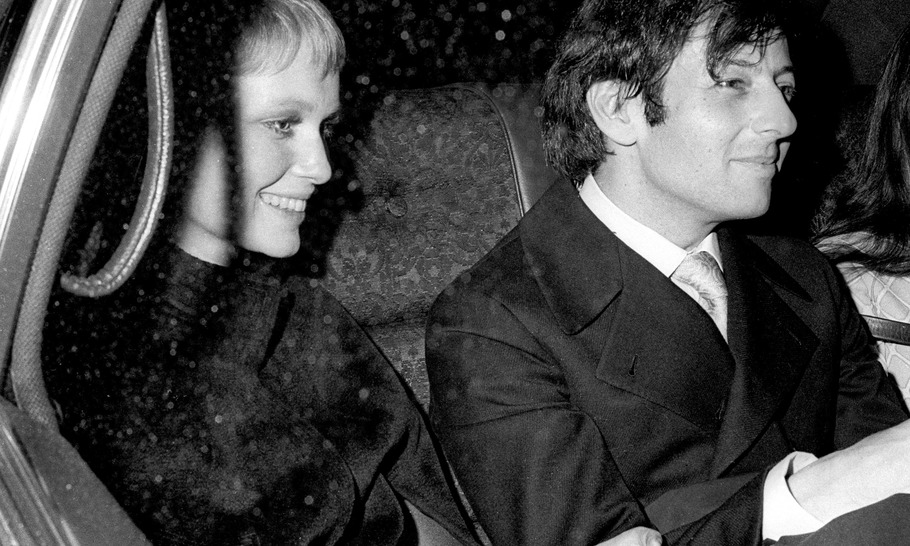 The death of André Previn at 89 evokes not one but several golden ages. Music, obviously: not only classical — his was an era when conductors were household names — but lush film scores and the last echoes of the golden age of jazz.

Previn was a serious conductor, pianist and composer too, but his universal musicianship was perfectly adapted to the golden age of television. He probably did more to popularise great music on his Saturday night show for BBC1 than anybody else before or since.

Previn embodied a golden age of Hollywood, too, in the days when a man who was somebody there (he received four Oscars and a dozen nominations for his film scores) brought an aura of glamour when he arrived in 1968 to conduct the London Symphony Orchestra. It was an aura only enhanced by his marriage to a genuine movie star, even if Mia Farrow was just one of five wives.

Above all, for anyone alive in 1971, André Previn was “Mr Preview” in the greatest of all Morecambe and Wise sketches. For a duo that still reigns supreme in the annals of English comedy, this exotic apparition from America was perfectly fit for purpose.

He was born in the Berlin of the Weimar Republic, whence his family only narrowly escaped the Nazis: they left it till 1938, by which time the young Ludwig Andreas Prewin knew he was Jewish because “they threw rocks at me in the street”. André Previn (the name he adopted in their Los Angeles exile) personified the world of high culture in an era when the gulf between the highbrow and the rest of humanity was vertiginous. Serious people like Previn weren’t supposed to have heard of comedians like Morecambe and Wise, let alone let themselves be sent up by them.

So when he walked onto the stage with Eric and Ernie to play his part, with only a day’s notice to learn his lines, Previn was doing something no man of his stature had ever done before. Not even the instantly recognisable Yehudi Menuhin — whom Morecambe and Wise pretended had been booked to perform Mendelssohn’s Violin Concerto on their Christmas show, but who had supposedly cancelled at the last minute — had ever taken such a risk with his dignity — though two years later Menuhin followed Previn’s example.

That gesture took more courage than conducting a piece by Stravinsky with the composer in the front row. (Afterwards, Previn recalled, “the great man gazed at me, his face expressionless, and then he uttered only one sentence: ‘You have wonderful fingers.’”) In a sense, Previn sacrificed his reputation among his peers in a noble but vain attempt to stop classical music becoming the preserve of an ageing minority.

Eric Morecambe recognised a kindred spirit when “Mr Andrew Preview” (or alternatively “Mr Privet”) asked if he could fetch his baton, adding with perfect comic timing, “It’s in Chicago.” The comedian reportedly exclaimed: “This is going to be great!” And it was.

Previn had to keep a straight face when Morecambe sat down to massacre Grieg’s Piano Concerto. And then he was on the receiving end of perhaps the greatest one-liner our greatest television comedian ever delivered: “You’re playing all the wrong notes.” Morecambe stood up, squared up to the diminutive conductor, seized him by the lapels of his dinner jacket, and said: “I’m playing all the right notes, but not necessarily in the right order.”

At that sublime moment, two mutually exclusive worlds briefly coalesced. That is why the sketch was so memorable that decades later, when taxi drivers caught sight of him, they would call out “Mr Preview!” It has never happened again. They don’t make comedians like Eric Morecambe any more. And they don’t make musicians like André Previn either.