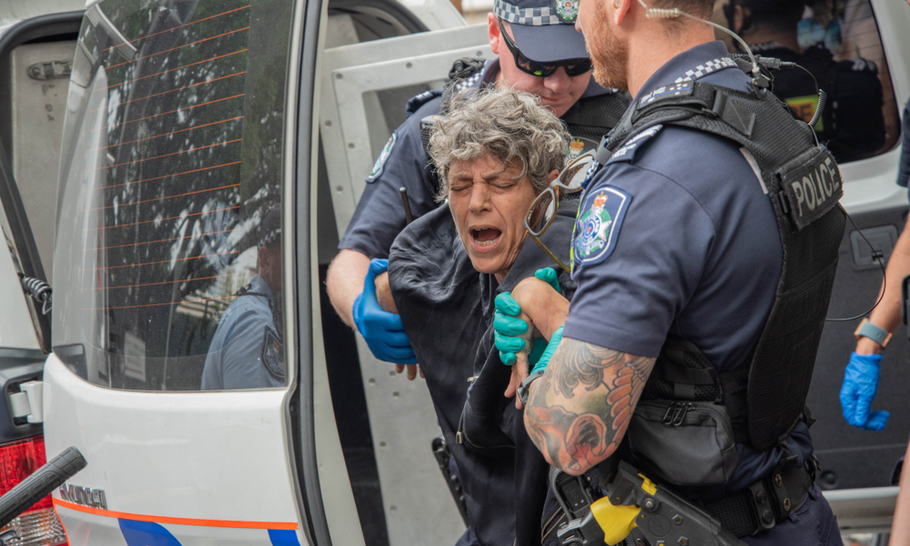 The current Australian government is a case study in the flaws of representative democracy. From ignoring climate change to self-servingly distributing funds, the ruling conservative Liberal-National Coalition is unashamedly putting power above the interests of the citizens.

Government in Australia is formed by a majority of the 151 members elected to the House of Representatives. Members are chosen via preferential voting in single-member electoral divisions. The intended advantage of single-member seats is increased accountability of the representative by their constituency; however, it leads to a two-party system where most successful members are aligned to one of those parties. Many people vote for a party regardless of who the candidate is. An alarming number of people believe they are voting for the Prime Minister, who is merely the leader of the party able to form government. Accountability is lost.

While political parties have no constitutional place in parliament, they have become central to it in practice. In Australia, no party outside the main two has ever formed government. Even when combined, the minority parties have never received as much as 30 per cent of the primary vote.

The vast majority of successful candidates are pre-selected and supported by either the Coalition or Labor parties, campaigning on their respective national platforms. Once in Canberra, they vote along party lines, giving primary allegiance to their political group not their constituency.

Representing a political party is essential to being in government in Australia, and is almost as important to get elected. Following the 2019 elections, there are just six members not affiliated with either the Coalition or Labor in the House of Representatives. Unfortunately, while the major parties are good at getting members elected — their ultimate concern is gaining sufficient members to form a government — allegiance to them puts party re-election ahead of good governance.

How? Safe seats and marginal seats.

Australia has a large number of safe seats, meaning that the parties can largely ignore safe seats and focus on the marginals.

Last year’s election bears this out. Against the odds, the Coalition was returned to government with a two-seat majority. The key to that victory was the promise of jobs, that would be created by the Coalition’s approval of Australia’s largest ever coal mine (despite the climate crisis). The Coalition rightly bet that poor climate change policy would not cost it any seats — those most concerned with the issue tending to already vote with Labor or the Greens — but a new mine might win it some.

Recent weeks have provided two more examples of marginal-seat electioneering at the expense of good governance. Senator Bridget McKenzie resigned from cabinet in early February following a damning report issued by the Australian National Audit Office into the former Sports Minister’s management of a $100 million sports grant programme. The smoking gun was a $36,000 grant for new toilets at the shooting club of which she was a member.

In a statement, McKenzie said: “I acknowledge that my failure to declare my memberships in a timely manner constituted a breach of the prime minister’s ministerial standards.”

Under the scheme, marginal seats or those targeted by the Coalition have often received grants and “not those that had been assessed as the most meritorious,” the report found. In the second and third rounds, over 70 per cent of projects were chosen against Sport Australia recommendations, while many deserving projects missed out. Nine of the 10 seats receiving the least funding were held by Labor, while four safe Labor seats got nothing. Forty-seven marginal or targeted seats got $41 million.

Despite constitutional intentions, in Australia elected members are putting the re-election of their political party ahead of their own constituents, and not all constituencies are being treated equally.

With a voice effectively only given to voters living in marginal seats, and only every three to four years, there should be little surprise at the rise in feelings of discontent and disfranchisement. Increasingly groups are turning to protest and non-violent direct action.

In December, tens of thousands protested across the nation against the government’s lack of action on climate change as the country literally burnt. A 13-year-old girl was threatened with arrest in front of the Prime Minister’s Sydney residence. New South Wales Green MP David Shoebridge was arrested and charged. These actions will only increase unless a mechanism for giving a voice to the unheard is provided by the government.

A form of direct democracy must be incorporated into our existing system, as a complement, not a replacement. There are many models used around the world. In Switzerland, citizens vote on a broad range of issues up to four times a year. In Rojava, in Syrian Kurdistan, an experiment in grassroots direct democracy is underway. The climate change action group Extinction Rebellion is calling for a Citizens’ Assembly to be established.

The current model of representative democracy in Australia is failing to hold the government to account. If a citizen’s voice is reduced to one rarely heard, then Australia is not living up to its democratic potential. The country risks exposing itself to increasingly extreme measures from the disenfranchised who refuse to be silenced.