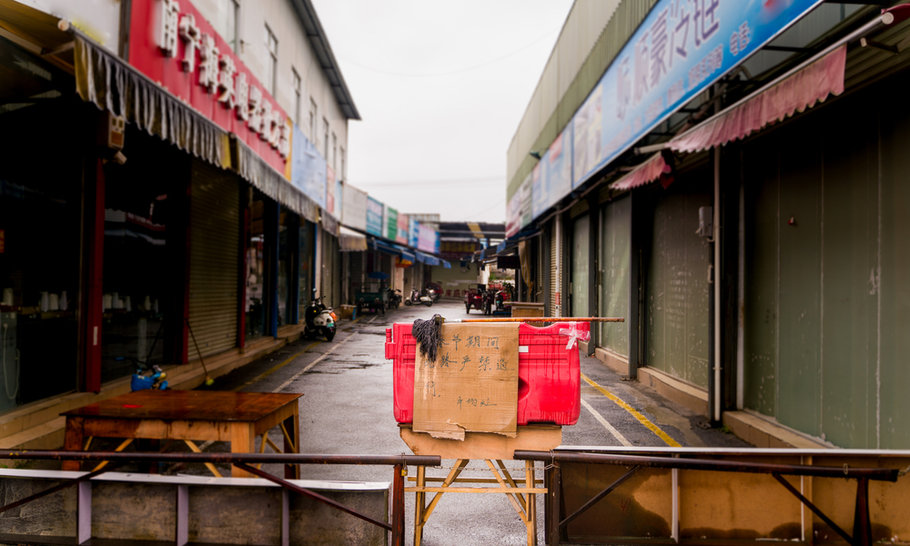 Life has changed dramatically in Beijing. The arrival of the coronavirus has altered how people eat, sleep and move around in this huge, sprawling metropolis.

Under normal circumstances, the car horns start around 4.30am as the stirring fleet of frustrated Didi, or Chinese Uber, drivers begin their efforts to negotiate the nightmare traffic access system of our apartment complex in the city’s sprawling north-eastern suburbs. Now, however, the horns are silent. From our sixth floor flat, instead of a tangled traffic mess, all I can see are empty streets. People can park where they want.

Our residential complex is smart and large. It has restricted access and pleasant recreational areas with gardens and children’s play areas. I often pass time with families enjoying the winter while avoiding the dog walkers and dodging motorcycle delivery folk carrying plastic bags of groceries or takeaway meals. The playgrounds are empty now; families have locked themselves indoors as the deliveries pile up on long tables on the street for residents to collect themselves.

A week ago, people began returning home from the Lunar New Year holiday. I asked my wife why they were returning early, as the back-to-work date wasn’t until February 10. “They’re worried the authorities will quarantine the city,” she said. “They want to travel while they can.” Groups on the WeChat Chinese messenger app are alive with quarantine rumours which feed on the snippets of information passed between family and friends, city to city. “They are going to stop the inter-city buses,” my wife announced half a day before any official announcement. The ruthless imposition of authority is no surprise to Chinese people who await further travel restrictions. Now it’s about being where they want to be when the lockdown comes.

Needing to update my visa, I visited a medical centre in the smart Sanlitun area of the city. Normally, the visa office is a typical Chinese administrative facility, a teeming confusion of young people who know where to go and what to do and one old Brit who hadn’t a clue. Now every day is like a Sunday afternoon, with staff in bio-suits and heavy security on the door. “What’s going on,” I ask at reception. The woman shrugs, eyes still glued to her computer screen. “We test city medical staff now,” she says

I crave exercise and venture out for a run. The day is fabulous, the sky blue and the air cool. There is no one but me to enjoy it as the streets are deserted. In the course of an hour, I see one dog walker who moves to one side to let me pass. Back at the compound, I attempt to get through the electronic barrier, but the concierge stops me. The sliding gate has been deactivated and he pulls me gently to one side.

He knows me, I know him, so why has he done this? I can’t speak Chinese and he cannot understand English and I am puzzled. Then I notice the team of four officials behind him and I have my answer. One of them holds a temperature gun to my forehead and pulls the trigger; another demands my newly-issued phone app with an ID card that confirms this is my home. The Communist Party Neighbourhood Committee is now in charge of quarantine.

The piles of groceries stacked on the long tables have grown.

Later, hunting for supplies, the Didi takes an age to arrive as there are fewer drivers willing to work. Streets lined with restaurants offering Peking duck and succulent barbecued meats are shuttered, their neon lights switched off. The only movement comes from garbage collectors, maskless wizened old men and women buried in dirty quilted work jackets who womble along picking through the bins and misused recycling collection points. They leave their health to fate.

The local wet market is usually piled with live fish, meat and vegetables as well as a bewildering array of spices and household goods. It does a roaring trade, sitting between supermarket and wholesaler. Today, the stalls are cleared, cubicles locked and what produce is available looks tired and unappetising.

From behind a mask comes an explanation “Bìngdú hàipà” — people are afraid of the virus. A supplier who enters carrying cartons of fruit has no mask and is told off by the stall holders. It’s an embarrassing oversight — and he sheepishly pulls out a surgical mask. Whatever the protective merits of the masks, failure to wear one is now a social lapse akin to smoking in a London bus. We pay and go home.

At Beijing’s Capital International Airport a regular flow of embassy cars cluster at the terminal entrance. A friend, a European diplomat eager to leave, tells us of the exodus of the diplomatic community, of staff who went home for Spring Festival and have not returned. No one believes the health care system in Beijing will cope if the virus takes hold, she says.

Life has closed down in Beijing, a city of almost 22 million, with alarming speed and people are scared. They don’t believe what they are told and are not sure what will happen next. For now, we sit tight in our apartment where we monitor the internet through VPN, keep our fears in check and our face masks close. We hope the early morning cacophony of horns starts again soon.