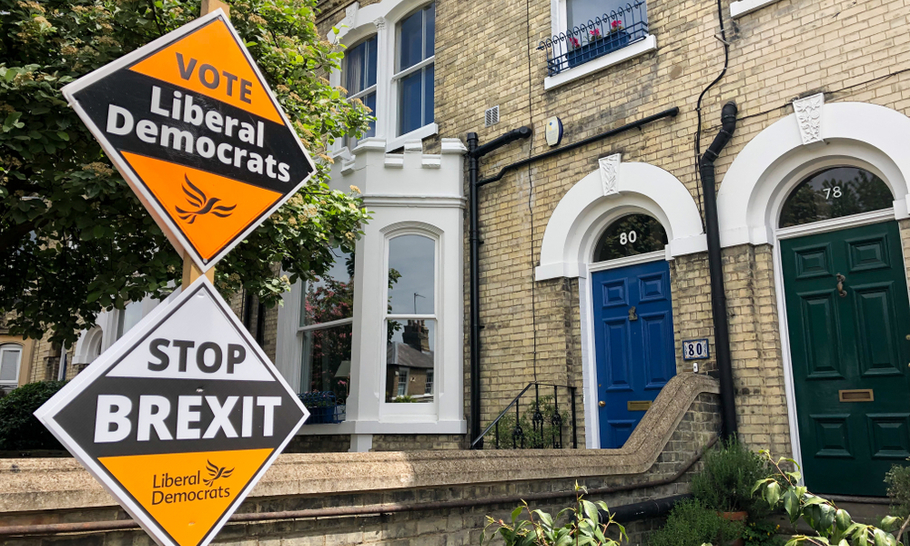 Last month, the British electorate sent a strongly worded message to Westminster — we are fed up with Brexit. Move on. Please. This leaves the Liberal Democrats in a very awkward position indeed.

The Lib Dems made their election campaign about two things, Jo Swinson and stopping Brexit, both of which have been heartily rejected. Electing a new leader is easy. The other issue will be harder to tackle.

The Lib Dems have spent years talking about their determination to stop Brexit. But now it’s happening and they can’t do anything to stop it.

At the same time, their voters would feel intensely betrayed if, having voted for the only clear Remain option, they found their Lib Dem MP condoning Britain’s departure from the EU. It is difficult to see how the party can offer anything other than staunchly pro-EU representation in parliament.

The best course of action for the Lib Dems might be to do what Labour tried — and failed to do — in the election campaign and take no position on Brexit at all. The party could appease its base by continuing to support the EU and vote against the government at every opportunity while refusing to make policy commitments on the EU.

The ideal person to execute this plan might be Daisy Cooper, who publicly mooted the possibility of taking over as leader just four days after becoming an MP. Cooper is well-liked among the Lib Dem grassroots. Having a leader who is new to Westminster and whose ties to the Remain campaign are looser would help draw a line under Brexit.

The new leader, whoever that may be, will need a Europe policy — perhaps simply “Re-join”. But this overlooks public exhaustion over Brexit. Calling for us to restart the debate all over again will invite howls of protest.

The Lib Dems are better off accepting that Brexit is going to happen (though never using that phrasing publicly) and calling for tight relations with the EU, such as remaining within, or as closely aligned as possible to, the single market and customs union.

The Liberal Leave group — which opposed the party’s no-holds-barred Remain stance from within and has, since the election, rebranded as Liberals for EFTA — is already campaigning for this, and the new leadership would do well to listen to it. The party will have to accept a compromise on Brexit in order to move on from it and remain relevant.

The supplanting of Remain as the centrepiece of the Lib Dems’ campaign efforts will leave an enormous policy vacuum, which will have to be filled. The party should consider shifting from Europhilia to liberalism, thereby returning to its roots and moving on at the same time. It might achieve this by making the regulation of sex work one of its flagship policies; a woefully under-discussed issue on which to take an explicitly liberal stance.

Another policy to shove onto centre-stage might be the legalisation of marijuana, which has gained extraordinary public and cross-party support but has failed to penetrate the public discourse. The party would also do well to make the climate crisis a key part of its new agenda, proposing market-friendly alternatives to Labour’s socialist Green New Deal, such as a carbon tax.

Practically every senior Lib Dem has conceded that making both the revocation of Article 50 and the outright cancellation of Brexit into party policies was a bad idea. But with a handful of eye-catching and genuinely important social policies, the Lib Dems could reframe their party’s image. They could detach it from the Brexit debate, where its policy was extreme, and restore its position in the public eye as the voice of centrism, liberalism and general common sense. They could become electorally palatable once again.