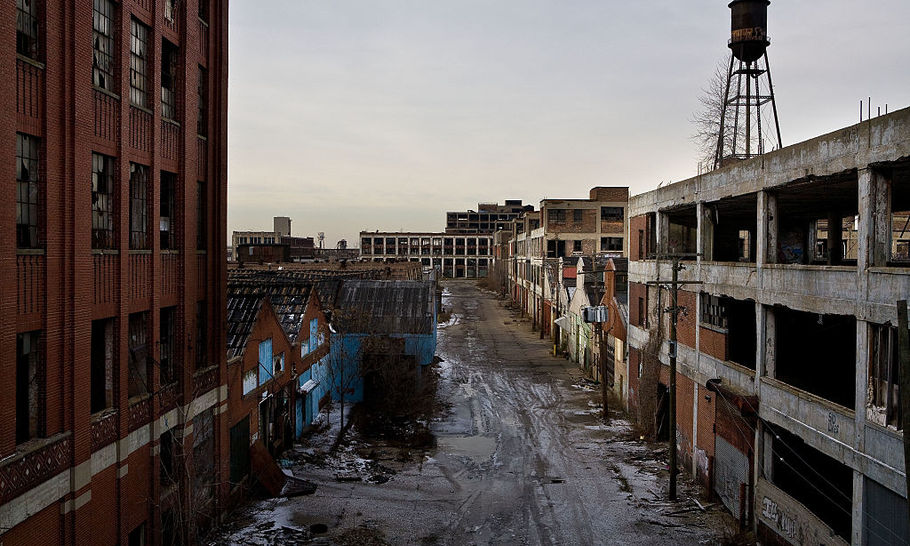 The Covid-19 pandemic has revealed alarming things about our geo-politics, government and society. It has shown the danger of accepting inequality as capitalism’s inevitable consequence, how incompetent and unaccountable governments cost lives, and how bad we are at making coherent global responses to global problems. A virus has returned us to the original Greek meaning of the word “apocalypse”, as the revelation of things hidden.

Abruptly we have become aware that, “going forward”, we may not be going forward anymore. The message How Everything Can Collapse by Pablo Servigne and Raphaël Stevens* is that we must discuss calmly the possibility that the Anthropocene, the current geological period created by human beings, is currently set to end in collapse, possibly by the 22nd Century. And collapse is “when water, food, housing, clothes cannot be supplied to majorities by services under legal supervision”. The book piles up the evidence to back up this assertion.

How should we respond to such a threat? Survivalist or Denier, the authors insist, should not be the only two positions. Nor, in the midst of a global pandemic can this book be easily dismissed as catastrophist doom-mongering. Covid-19 has taught us what exponential growth in something bad looks like. And so collapsologie is emerging in France as a discipline with its own experts — and that gives pause for thought. They can’t all be cranks.

Servigne and Stevens argue that we face several worldwide interlinked “systemic instabilities” notably in bio-diversity, the environment, energy, climate change, economics and geo-politics. They believe that the earth reached the limits of its human “carrying-capacity” in the 1990s and in a number of instances crossed crucial boundaries destabilising or destroying systems that keep us alive and well. Amongst the examples they cite are the thawing of the Siberian and Canadian permafrost, a possible sixth mass extinction of animal species, the 20th century’s ten-fold increase in energy consumption and its 27-fold increase in industrial metals extraction.

How many of today’s fishermen — and Brexit negotiators — realise that for the same time spent at sea they are catching 6 per cent of what their forefathers in sailing boats caught 120 years ago? Fast or slow, we don’t register these changes. We seem to be reaching simultaneously several limits and “tipping points” that are setting off dangerous, interacting, irreversible processes.

Our predicament is psychological, political and ideological.  Our brains are not geared up to deal effectively with long-term threats. They are protectively designed for immediate fight or flight responses: flight when a sabre-toothed tiger comes into the cave or a terrorist into the shopping mall. Denial is an ingrained defence mechanism but if we can’t believe in the possibility of collapse before it happens, we can’t prevent it. We saw this at the beginning of the pandemic when, despite clear warnings, stocks of protective equipment, PPE, proved to be inadequate.

Worldwide, a lack of competence and accountability among governments compounds the danger. Wealth acts as a buffer from most misfortune. Personally wealthy political elites don’t feel collapse early enough to react in a timely fashion. Look at Trump and Bolsonaro’s track record on the pandemic and climate change. In authoritarian regimes such as China the reflex is to hide unpalatable truths.

The ideological problem is economism, the idea that “it’s the economy stupid”. All governments promise rising standards of living. And the developing world needs growth. It’s the big economies that are the concern. Until recently China’s growth has been 7 per cent per year. It’s probably less now. But should that level of growth resume and continue, China’s economic activity and therefore its energy use, rate of soil depletion and carbon emissions — would double every ten years and increase 32 times in fifty years. We await the first politician in power anywhere to admit publicly that economic growth is part of our predicament.

I would like BBC’s Radio 4 “More or Less” to investigate the statistics in How Everything Can Collapse — even if they proved to be only 20 per cent accurate they would be shocking. But, however accurate the statistics on which predictions are based, the future impact of inter-connections between different factors is unknowable. In 2006 economists simulated the 1918 Spanish Flu epidemic to determine what might be its contemporary impact on the global economy. They concluded an overall 12.6 per cent drop in global GDP. The Spanish Flu epidemic lasted a little over two years. The World Bank’s recent estimate for Covid’s impact in 2020 alone was 5.2 per cent.

Remember the world population was only 1.8 billion in 1918 and perhaps a third of that number were infected by Spanish Flu. Assuming that 3 per cent of those infected would die, the economists’ predicted 142 million pandemic deaths today. In 2008, the head of Exxon Mobil’s global emergency team, John Lay, estimated that in the event of a similar pandemic “if we can make people feel safe about coming to work, we’ll have about 25 per cent staff absences”. Actual current levels of deaths are much lower and home working much higher than predicted. In short, these sorts of predictions can prove fairly inaccurate.

Even so, Sevigne and Stevens are clearly right to say that the days of business-as-usual are now over. Yet, do world leaders realise that we face more than a combined health and economic emergency — do they understand the magnitude of the change now necessary? These French authors are right that the conjuncture of very dangerous interconnected and systemic man-made processes is a threat that we do not want to face and that governments in denial have responded to them either inadequately or badly. Remember how successful the “Project Fear” taunt proved?

None of us knows what’s round the corner. The implied inevitability of How Everything Can Collapse does not credit the possibility of the emergence of an unexpected remedy, a change in governments’ leadership, a drop in population, how one catastrophe can slow the approach of another, in the way Covid caused drastic reductions in polluting air-travel. We can’t though rely on muddling through and good luck. Sevigne and Stevens try to open up a conversation that avoids the extremes of apocalyptic panic and a blind belief in progress. Please God they succeed.

This is not a book for bedtime reading. Nor is it a requiem for humankind.  And, it should carry a warning that readers may need an injection of Dad’s Army or Father Ted after they put it down.