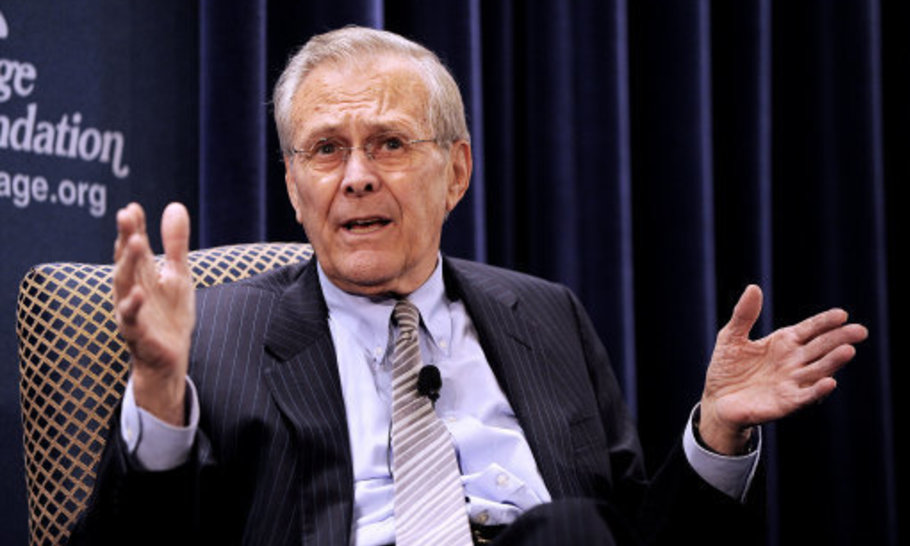 Taylor’s warning came to mind recently as I was raising a locked-down glass to Tim, one of my oldest friends. He died in a rally-driving crash twenty years ago this summer. At Oxford in 1959, he and I attended Taylor’s famous lectures — delivered without notes or hesitation — on the origins of the Second World War.

Shortly before Tim’s death, at the turn of the 21st century, we played one of our mind games over supper: trying to predict the major events of the next couple of decades. I forget what we came up with. Same old same old, I suspect. But I do know we failed back then to predict even one of the monumental events which have actually shaped our century so far. Not one. You can’t blame us. The thing about the future is that it really is seriously unpredictable. Who could have foreseen what we missed? Nobody.

Like the whole world’s intelligence services, for example, we failed to predict that a massive Islamist jihad was about to be launched, before hijacked planes crashed into some of America’s most iconic buildings, killing thousands and waking us up. We did not predict that the atrocity would be the prelude to 20 years (and counting) of murderous Islamist terrorist outrages across Europe, the Middle East and elsewhere. Or that the outrages in this country were often carried out by young British Muslims — UK citizens, born and bred. Or that great parts of the Middle East would be reduced to rubble as a consequence of the global War on Terror.

Although Tim ran a successful investment fund, he had no idea in the year 2000 that both the European Union and Western capitalism would soon come quite close to collapse in an unprecedented financial crisis. Neither did I. Or that the economic calamity would cause a decade of chaos, poverty, bank failures, unemployment and human suffering in Greece, Spain and many other European countries. Or that it would lead to a much-resented decade of austerity in Britain.

What about Brexit? In 2000 nobody — not even Nigel Farage, I suspect — thought that within a few years, the European Union would grow so unpopular that the Prime Minister, David Cameron, (then still a young backbencher) would feel compelled to offer the country a referendum. Still less that the Brexiteers would win. OK, it was a narrow win. But a win is a win. Yet Theresa May’s exit negotiations would be dominated, bizarrely, by sullen Remainers. We missed that. Just as we missed the fact that the European Union would prove punitively obstructive.

Finally, there was — is — the global coronavirus pandemic. You can’t blame us for not predicting that back in 2000. It was a bolt from the blue. But it surely underlines the fact that prediction is a mug’s game. Perhaps we are facing a devastating second and even a third wave, causing decades of overwhelming social and economic ruin. Or maybe the virus is already fading away and good times are just around the corner. You prediction is as good (i.e., as worthless) as mine.

So there it is. We, like other, more distinguished prophets, missed every one of the major events which hit our nation. In that spirit, might I — only half-seriously — predict possible game-changers for the Twenties and Thirties?

How about a joint attack by Israel and Saudi Arabia on Iran, spurred on by America? The implosion of Putin’s Russia, perhaps? Massive Chinese cyber attacks on the West? Or China’s military “reclamation” of Taiwan, much as Russia seized Crimea from Ukraine? Would the West stand by, as it did over Crimea? After all, the current takeover of Hong Kong can be seen as a trial run. A nuclear war between India and Pakistan over Kashmir?

But to end on an upbeat note: what about a real deal between Trump and “Little Rocket Man”, Kim Jong-un? Their frighteningly bitter quarrel turned into an unexpected love-in. Then it went sour as love affairs often do. Why shouldn’t they kiss and make up again? That happens too.

Of course, these flights of fantasy are not predictions. But they are all reasonably serious scenarios, based on what we now know. They are what Donald Rumsfeld, George Bush’s Secretary of Defense, described in 2002 as “known unknowns”. He contrasted them with “unknown unknowns — the ones we don’t know we don’t know”.

If I were a betting man, I would lay money that none of my known unknowns come to pass — though, if one of them does, I hope our intelligence services, at least, are better prepared than in 2000. Instead, we should brace ourselves for another two decades of unknown unknowns; some good, some awful. All utterly unpredictable. That’s how history works. No wonder Taylor stuck to predicting the past.